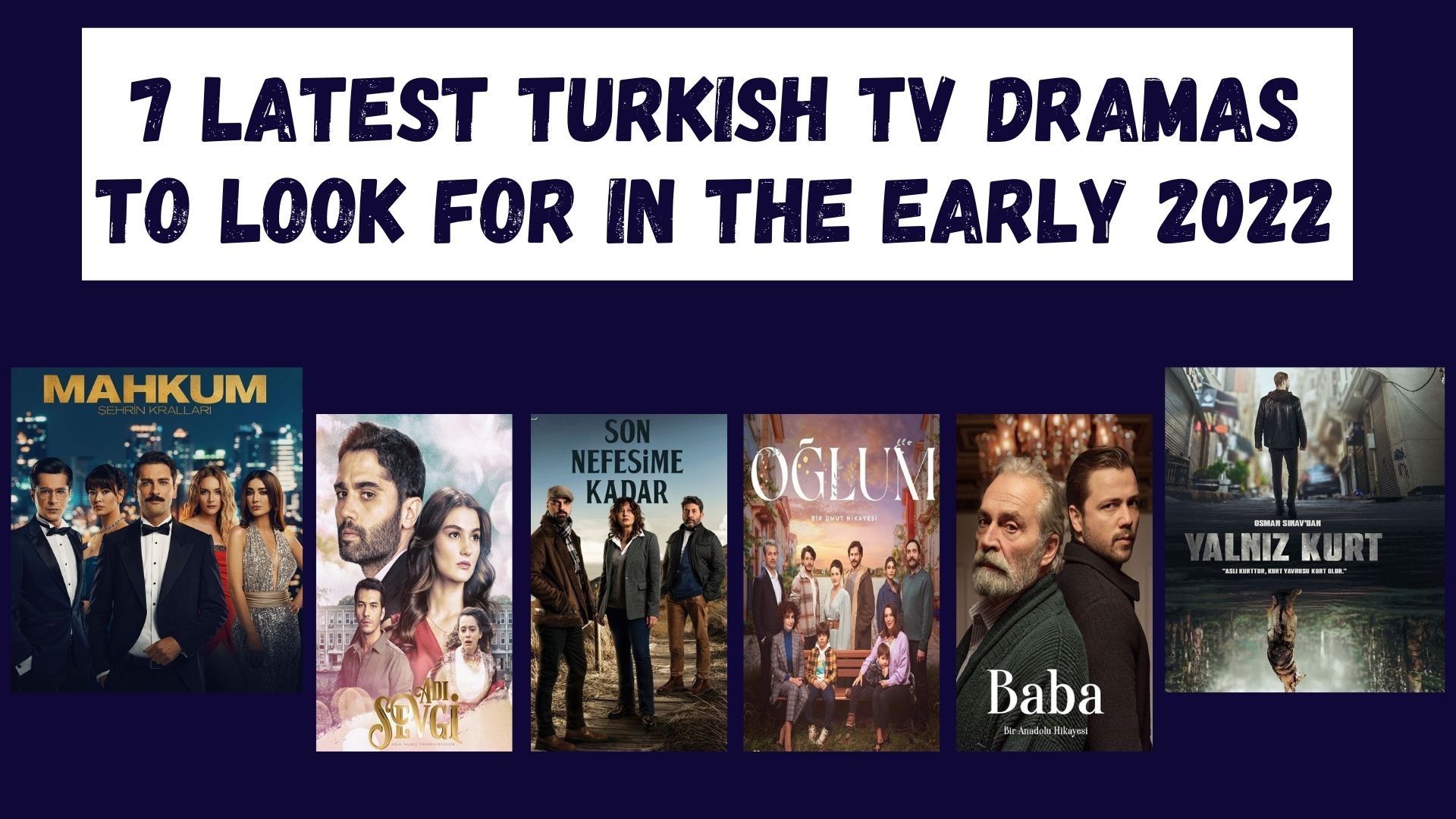 Here, we have picked up seven latest Turkish dramas that are making their way into the TV screens in early 2022. The dramas are arranged according to their release dates.

Fırat Bulut seeks to escape the prison after he is wrongly indicted for the murder of his wife, Zeynep. Barış Yesari, a super-rich maniac kills his twin brother and impersonates his personality to deceive his family. It is not long after his weird actions stir suspicion among his family members. He seems to be behind the murder of Zeynep and his confrontations with Fırat are what keep the drama mysterious all along the way. A lawyer, Cemre Uysal tries to release Fırat from prison by seeking the real murderer.

Onur Tuna plays the character of Fırat Bulut while İsmail Hacıoğlu is seen as Barış Yesari (and his twin, Savaş Yesari). Other cast of the drama includes Alara Bozbey, Seray Kaya, and Melike İpek Yalova. The drama is produced by MF Yapım and can be seen on Fox TV.

Yalnız Kurt recounts the exploits of Davut Bahadır (played by Cihan Ünal), a hermit who has been living in solitude, against the country’s top spy; Fettah Dahhak. Fettah has been wreaking havoc in the country by penetrating into the country’s top civil and military establishment. By exposing the character of Fettah, the drama looks to draw an analogy between the drama villain and Turkey’s government’s most wanted man; Fethullah Gülen. The drama also discusses the development of a modern air defense system by Turkey that has faced a halt due to the spies network in the country.

Hasan Denizyaran plays the lead role as Altay Kurtoğlu, an angry boxer who seeks to revenge for the death of his father who was killed along with his loyal friends, some twenty years ago in a bid to capture Fettah Dahhak. The other prominent cast of the drama includes Damla Colbay, Murat Han, and Polat Bilgin. The drama is a production of Sinegraf and is on air on ATV.

Oğlum (Turkish word for son) follows the story of Kaan, a six-year-old child who goes missing when his mother, Melike gets late to pick him up. He confronts a 12-year-old secluded boy, Efe before encountering a sad incident. Later, Efe’s father tries to save his son from the police while Efe’s mother faces the test of her integrity. On the other hand, Kaan’s parents are determined to find and bring the culprit to justice.

The series is produced by Ay Yapım and is on air on Show TV. The main cast of the drama consists of Serhat Teoman, Kubilay Aka, Feyyaz Duman, and Songül Öden.

Baba follows the story of an authoritarian and traditional father, Emin Saruhanlı who lives with his huge family. There seems to be a tussle going on between Emin and his youngest son Kadir Saruhanlı. A plane crash changes the lives of the entire family where they have to seek refuge in a new house. While the family tries to adjust, Emin faces a new dilemma that can change the life of his son, Kadir.

The veteran Turkish actor Haluk Bilginer is seen in the role of Emin while Tolga Sarıtaş plays the role of Kadir. The TV series is produced by Ay Yapım and can be watched on Show TV.

Üç Kız Kardeş (Three Friends Sisters), as the name implies, presents the story of three sisters Türkan (played by Özgü Kaya), Dönüş (played by Almila Ada), and Derya (played by Melisa Berberoğlu) who live a happy life with their parents, Sadık and Nesrin. Türkan’s marriage into a super-rich family is the decisive moment that changes the lives of all family members and brings their tranquil life to chaos. Türkan’s husband, Somer does not harbor romantic feelings for his new bride and wants to get rid of her as soon as possible.

The popular Turkish actor Reha Özcan plays the role of Sadık. The drama is a production of Süreç Film and can be watched on Kanal D.

After the news of the release of a criminal from prison perplexes Mihri, she must take all actions to protect her family. Ejder, the released criminal was the one who had caused her much harm in the past. So far, only one episode of the drama has been released and it would be interesting to see how the story unfolds. Nurgül Yeşilçay plays the lead role of Mihri while Emre Kınay is seen as her ex-husband, Ferzan. The drama series is produced by Pastel Film and is on air on Fox TV.

Release Date: To be Announced

Adı Sevgi is the latest and the last drama on our list. It is yet to be released on ATV and has been produced by Koliba Film. The beautiful and gorgeous actress Gizem Güneş will play the main role of Elif Türkkan, a new high school teacher in the town. She is passionate, sacrificing, and has a firm determination & ability to change others’ life. She encounters new mysteries when she confronts the influential Baaykara family. The other lead cast of the drama includes Yunus Emre Yıldırımer, Asya Kasap, and Fatih Al.

That’s all from us. We look forward to your opinions on what more titles you would love to see in our recommendation list. 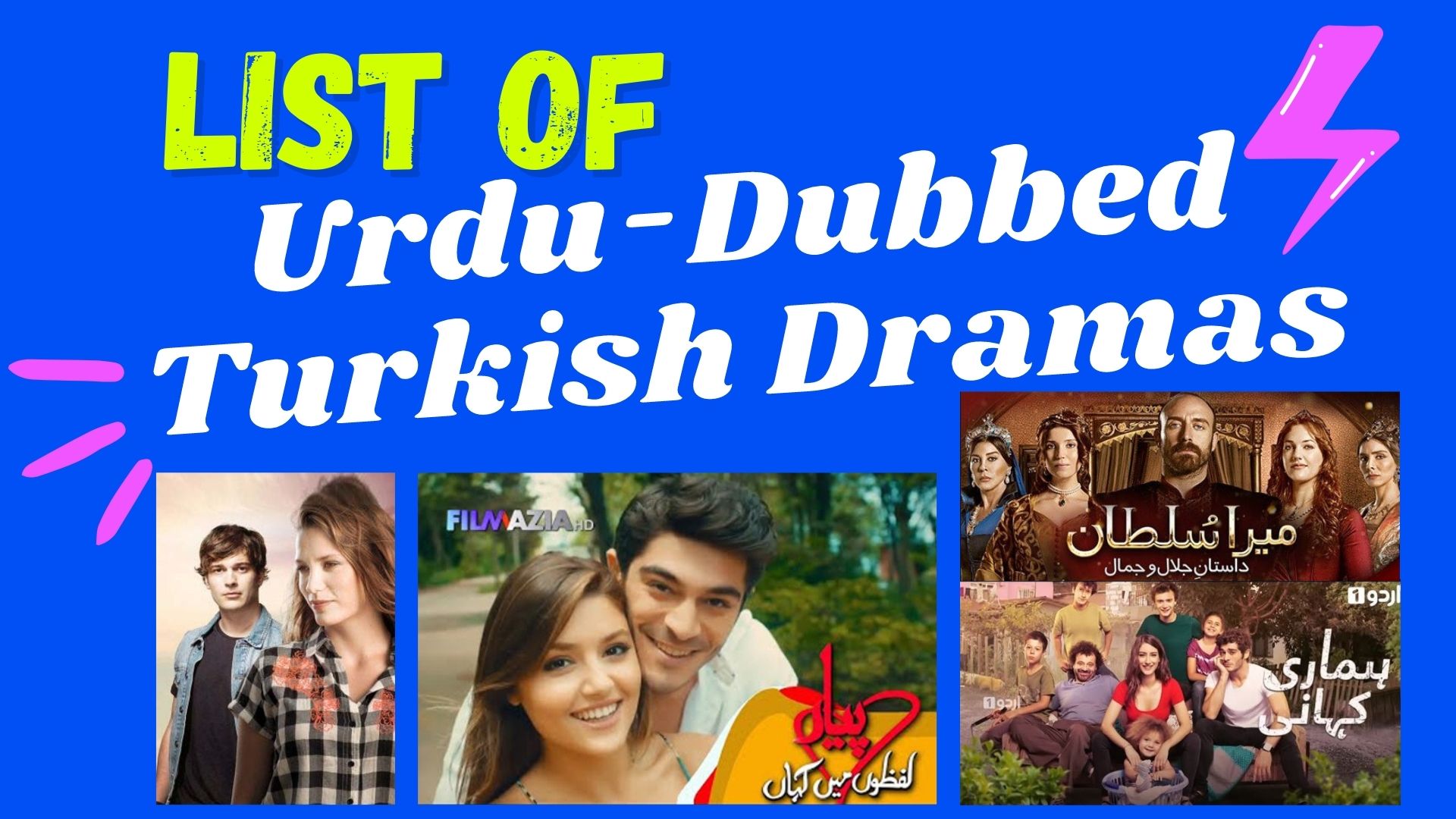