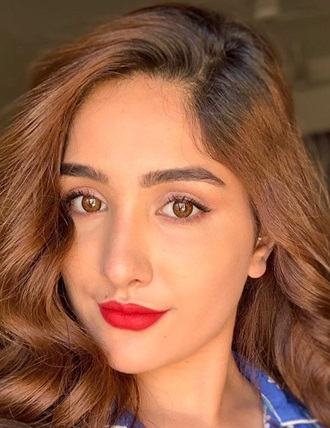 She was born on 10th August 1998 in Karachi, Pakistan. Since her teenage, Aiza had dreamt of being a fashion model. The only obstacle was her craze for stuffing food in her stomach. Such a habit led to a bit of extra fat which made her unsuitable to become a model. She then chose to make a name for herself in acting instead. In her own words, “One can become an actor even if he or she’s a little bit chubby.” As is the case with many newbie actors, particularly females, Aiza had to defend her dreams against a flood of criticisms and condemnations. A lot of her family members as well as other relatives denounced her for choosing acting as a career.

The actress skyrocketed to fame after pulling off a splendid role in the drama serial Mujhay Beta Chahiye. During an interview, Aiza was questioned regarding the kind of people she hates most. Her answer was these two; one is the kind of person who lies to her while the others are those who lack punctuality. In her diary, 3 PM means 2:55 PM sharp. And anybody who defies her principles gets a place on her list of disliked people. She’s especially fond of sugary foods to satisfy her sweet tooth. Aiza isn’t fond of socializing more than what’s necessary and is practically an introvert.