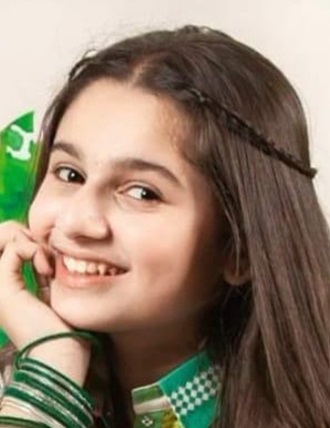 Anoosheh Rania Khan is a child-star of Pakistani TV dramas. Starting at a very young age, this rising star did wonders. She impressed the audience with her excellent acting skills.

Anoosheh started her character by the drama Maa Sadqey. She then starred alongside Faysal Quraishi, Aijaz Aslam, and Saheefa Jabbar in the drama Log Kya Kahenge. Then she appeared in Hum TV’s drama Chalawa where she played Navin Waqar’s daughter role. Many actors believe that she will emerge as a great talent of Pakistan.