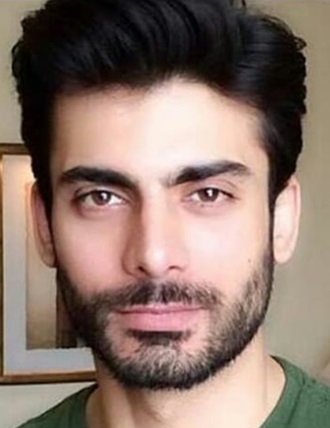 Fawad Khan is a Pakistani actor, singer, and model famous for his roles in Dastaan, Akbari Asghari, Humsafar, and Zindagi Gulzar Hai.

Born on 29-Nov-1981 in Karachi, Fawad has studied Computer Science. His father hailing from Patiala used to work in the sales department of a pharmaceutical company. His mother is a housewife whose family comes from Lucknow. Fawad started suffering from diabetes at the age of 17.

Fawad started his career first as a singer at Entity Paradigm band in the early 2000s. He started acting in theatre and then appeared in his debut comic drama Jutt and Bond. It was his role as Aashir in Humsafar that brought immense fame to his name.

Fawad is married to Sadaf Khan since 2005 and has two kids; one daughter named Elayna Khan and one son named Ayan Khan. He is active on Instagram, Facebook, and Twitter.