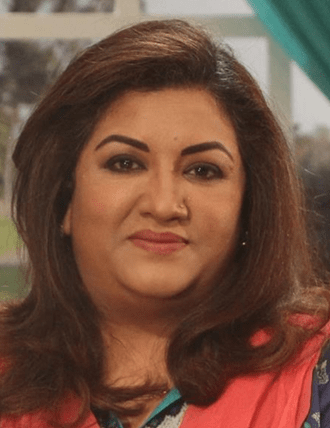 She was born on 16th January 1969. Her father, Dilpazeer Khan belonged from Abbottabad and was a flight engineer in PIA. He also worked in Emirates Airlines and she lived in UAE due to her father’s job. Hina’s mother was from Muradabad (UP, India).

Hina started her TV career with the drama ‘Zindagi Phir Muskarai’ which was directed by Shahid Shafaat. She then used to host a show named ‘Dilpazeer Show’. Hina became popular for her comic role as Momo in the sitcom Bulbulay. A telefilm ‘Burns Road Ki Neelofar’ also earned her much recognition.