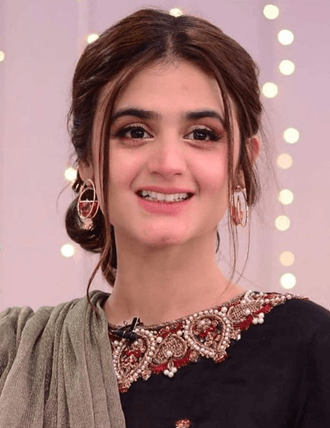 She was born on 27th February 1989. She’d been visualizing her dream of being an actor since childhood. She kickstarted her on-stage career as a video jokester before replacing it with the art of hosting. So far, Hira has explored the widespread lands of modeling, hosting, singing, acting, and spreading jokes via her videos.

The actress made a formal debut in the acting community in 2012. What’s eye-catching is how Hira and her husband, Salman together occupied the leading roles in her first drama. The name of that drama serial was Meri Teri Kahani.

Hira got married to Salman Sheikh in 2008 and the couple has two sons. named Muzammil and Ibrahim. The story of Hira and Salman’s get-together is quite the story. As it happens, Hira broke her engagement twice before she finally came across her ideal husband. Meanwhile, Salman used to be her friend’s boyfriend at that time. Hira just couldn’t refrain herself and decided to be naughty for a while. She sneakily stole Mani’s number from her friend’s phone and the rest is all history! Hira revealed in a talk show how supportive her husband is. She is active on Instagram.