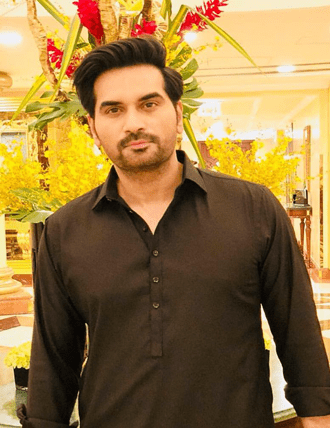 Humayun Saeed is a Pakistani model, actor, and producer. Some of his famous dramas include Doraha, Dil Lagi, and Meray Paas Tum Ho.

Humayun was born on 27th July 1971 in Karachi. His father hailed from Indore, India. He married Samina Humayun in 1996 who became a drama producer first at Six Sigma Plus and then at her own production house Next Level Entertainment. One of Humayun’s four brothers, Salman Saeed is also a Pakistani drama actor.

Humayun started acting in 1995 with the PTV drama ‘Yeh Jahan’ which was directed by Tasneem Aslam. It was channel STN’s telefilm ‘Zeher’ that got him fame. He started his own production house 7th Sky Entertainment along with Abdullah Kadwani. Later, they both parted ways with Humayun starting another production house Six Sigma Plus which has produced more than 75 dramas till 2021.