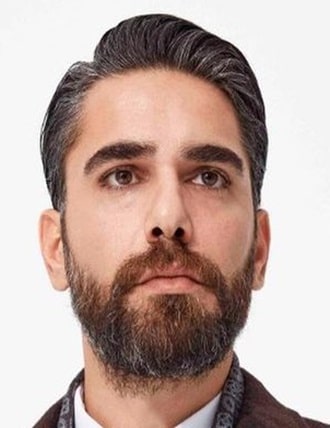 Kadir Doğulu is a Turkish TV actor known for Küçük Sırlar and Aşkın Tarifi. He was born in Mersin, Turkey on 19 April 1982 to Rasim Doğulu.

Kadir worked hard during his secondary years as a cook and was a part-time operator during high school. His brother, Kemal Doğulu is a famous stylist. It was via his help that he came across Turkish singer Hande Yener who was impressed with his looks and talent that made Kadir a part of her music video, Romeo. The video was a blockbuster through which he got many offers of acting.

Küçük Sırlar was his first big break in 2010 where he played the lead. Although it was a remake of the American drama series, Gossip Girl, Kadir gained an immense fan following. All of his TV series blew the charts of success.

He was able to showcase his real-life talent on the screen as well. He got a recurring role in 2015 in Muhtsem Yuzyil which he quit in 2016. The same year, on 8th July 2016, he was married to his Fatih Harbiye co-star Neslihan Atagül who he first met in 2013 during the shoot of the series. On 7th June 2021, Aşkın Tarifi was aired where he played the role of a chef, Fırat.