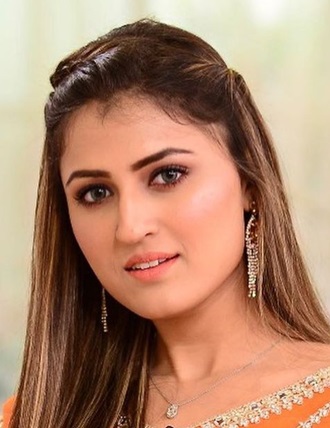 Tania Hussain (full name: Tania Amna Hussain) is a Pakistani model and actress known for dramas Log Kia Kahengay and Kashf. She is the daughter of the famous model Natasha Hussain.

Born on 13th September 1997, Tania studied history and graduated from University College London in 2019. She debuted her acting career in Hum TV’s drama Log Kia Kahengay. Then she played the character of Erum in Hum TV’s other drama Kashf.

Her family belongs to Lahore and she has a younger sister named Zara. She is active on Instagram.