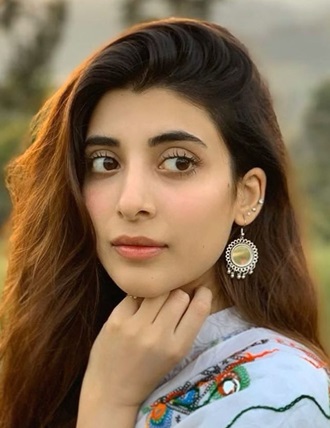 Born on 2nd July 1991 in Karachi, she completed her graduation from the University of Karachi. She started her career performing at the theatre. Then she started hosting at ATV. Later she became popular being VJ at ARY Musik program Campus Star in 2010. She appeared in her debut drama Khushboo Ka Ghar in 2011.

Her younger sister Mawra Hocane is also an actress. Urwa married famous Pakistani actor and singer Farhan Saeed in Dec-2016 in Lahore. She is active on Instagram.