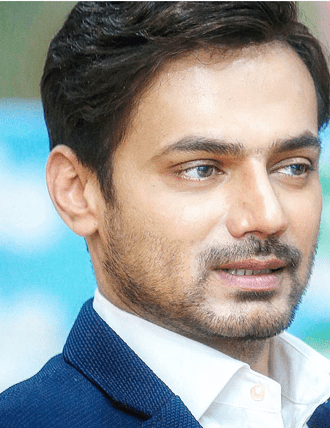 Zahid was born on 20 September 1984 in Islamabad. His father served in Pak Army and belonged to Rawalpindi while his mother hailed from Lucknow. He has done MBA in Marketing and also worked as Chief Operating Officer of a private IT company. He married Amna Zahid in 2011 and has two sons named Zaviyar Zahid and Zayan Zahid.

He started working in theatre in 2005 and appeared in five plays till 2013. He also worked with Anwar Maqsood in his drama ‘Sawa 14 August’ in 2013 in which he played the character of Jinnah. He suffered a horrible accident in 2012 which made him unable to move. Later in 2012, he started appearing in a PTV program. In 2014, he was auditioned and then cast for HUM TV drama Mehram. His role of Hadi in Zara Yaad Kar made him popular among the drama audience.