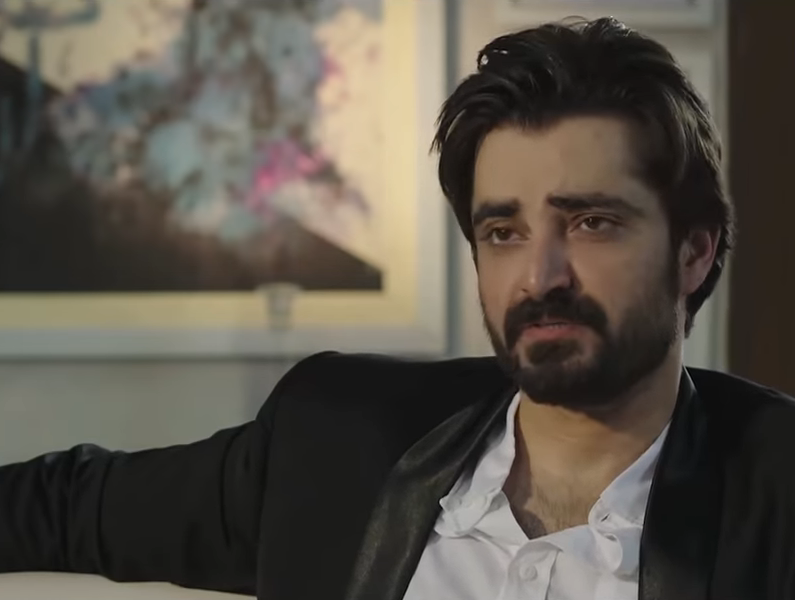 Amid the tough competition with the rival channel drama Mere Paas Tum Ho, ‘Alif’ came up with a superb episode. Momina’s denial of compromising her honor infuriated Qalb and sparked a conflict in the drama. She has still not been able to arrange the money required for her brother’s treatment. It will be interesting how she comes out of the dilemma. In the coming lines, I am going to explain the story of episode 2 of Geo TV drama ‘Alif’ and then a brief review will be done.

Exacerbating circumstances further torment already a suffering Momina. A connection between Qalb e Momin and his grandfather is revealed in both plots. Qalb e Momin emerges as a victim of some baffling conflict.

Momina regrets the wasted opportunities in her life. A flashback reveals her past. Her lover abandoned her for the sake of his career because he had to go to America. Moreover, his parents had reservations on Momina’s family owing to the latter’s acting background. Momina realized that things have changed for her due to her sick brother. Likewise, she took responsibility for the breakup so that her beloved have not to be ashamed of the broken relationship.

Qalb e Momin attends a Qawali program where Shelly suggests him to include Qawali in his upcoming film. She maintains that the inclusion of Qawali will evoke mysticism and the movie will be successful. We learn that Qalb e Momin has a close relationship with Shelly and feels comfortable in her presence.

Momina’s father suspects the use of his toolbox for calligraphy. He doubts his daughter since she has a predilection towards calligraphy since her childhood.

Momina goes to her teacher who congratulates her for a new soap serial. But, she is remorseful since her actions will invoke God’s wrath. She complains about her fate and her profession which she is compelled to adopt due to her brother’s disease but still, she is short of money. However, the master convinces her about the legitimacy of this profession and consoles her. Momina is so kind even to sacrifice her kidneys for her brother. In her sheer pessimism, she cries and vents her depression out in from of tears. She reveals she is on the verge of madness.

Qalb e Momin’s interview indicates that he was lucky enough to succeed in the film industry without facing many hurdles. Moreover, we learn that he is of Turkish origin since his father lived in Turkey and was involved in calligraphy. He terms his mother as a Pakistani housewife. That’s why He now feels himself a hybrid character. He responds fiercely to his critics who also take pleasure in his visually appealing commercial films but hypocritically applaud classic art films without even seeing them. For him, success is when everybody talks about you and people feel hardcore jealousy of you. He then brags that success is the power to get anything you want in this mortal world.

Momina again faces subjugation when glamorous girls are preferred over her at the set of soap drama. Though Momina acts superbly, the drama heroine complains and envies Momina’s role which is dominating the scene. As a result, the poor girl has a brief one.

Shelly meets another guy, Zulfi, who wants a role in Qalb e Momin film and exploits his relationship with Shelly for the purpose. In a party arranged by Qalb e Momin, Shelly introduces him with Qalb e Momin who snubs him by heading for another guest. Zulfi complains Qalb’s behavior but Shelly defends the filmmaker terming it his normal style. We observe that Zulfi and Shelly love each other where the latter is using Qalb for her own designs.

In the subplot of the drama in Turkey, grandfather of little Qalb e Momin comes to meet him. He reveals that he has not met Taha, his son and Qalb’s father for six years and is unaware of his whereabouts. Qalb’s mother regrets that it was all due to her fault. Little Qalb e Momin keenly observes the entire situation. Hurt at the present situation, he approaches his letterbox in the forest and trashes all the letters. On his return, the presence of an ambulance at the way stuns him. However, no more detail is given regarding the scene.

In the next scene in present-day Pakistan, the grandfather arrives at Qalb’s house and wonders at the exuberant dance party. Qalb regrets about the party quoting he was not aware of his arrival. We notice that Qalb’s grandfather is a religious man. He learns about Qalb’s previous lies and his deceitful tactics to conceal his identity whenever the grandfather arrived. The grandfather excuses for his arrival at an inappropriate occasion. Though he had informed Qalb about his arrival in a letter. Qalb lies that he has not received any letter. Both maintain that their connection is not lost despite stretched distances. Momin then checks the letters in his drawer and worries.

In the morning, Azan awakes Qalb e Momin. Bothered at this initially, he worries later. While the grandfather observes pictures and accolades his grandson has earned, the latter’s description as a Queen maker in the newspaper shocks grandfather who seems to know Qalb’s identity now.

Qalb’s personality is getting complex. Initially, we knew him as a successful commercial filmmaker who is callous and coldhearted as well. A revelation comes about his hybrid identity from the interview. Moreover, considering the description of Husn e Jahan in the previous episode, it is evident that she was his mother whom we see in the Turkish subplot though he lies about her.

His hatred for Qawali, mysticism and classic art and an affinity to commercialism certainly has some strong basis. It emerges that there is some kind of conflict in his personality. Moreover, his grandfather has a certain power over him since high spirited Qalb transforms into a submissive and obedient man before his grandfather. His reaction to Azan’s voice and ensuing anxiety speaks more of the conflict which resides inside him. Surely, more insight into the previous plot will explain the answers about his present identity.

We know more about Momina who is sacrificial enough to donate her kidneys for her brother. Jahangir’s health is her top priority for which she even let her love go. She is responsible and takes the blame for the breakup. She maintains a strong connection with God that’s why she puts all her woes before God and only complains to Him about her fate.

(min:sec 06:52) Momina’s conversation where she repents her involvement in the entertainment industry and regrets her fate is significant. She has not got what she dreamt but instead, she has to do things which she abhors. The scene indicates her utter helplessness and inability to cope with difficulties.

(min:sec 15:26) Her next scene where she faces discrimination at the hands of a more fashionable girl, the drama heroine, reminds Momina of her real identity in the world. Though she is a brilliant actor, she is not succeeding due to her demeanor.

(min:sec 24:50) At last, Qalb e Momin’s meeting with his grandfather and the latter’s bemusement at knowing his identity is the important part of the episode. We can discern that the character of Qalb e Momin might have been very different that’s why his grandfather is confused.

The more we get into the historic plot, the more we will get to know about Qalb e Momin and his parents. We are curious to know which mistake by his mother resulted in his father’s disappearance. More importantly, what were the circumstances which have shaped the present-day Qalb e Momin.

That’s all fom the review of episode 2 of Geo TV drama ‘Alif’. Please comment on your opinion about the episode and also give suggestions about this blog.