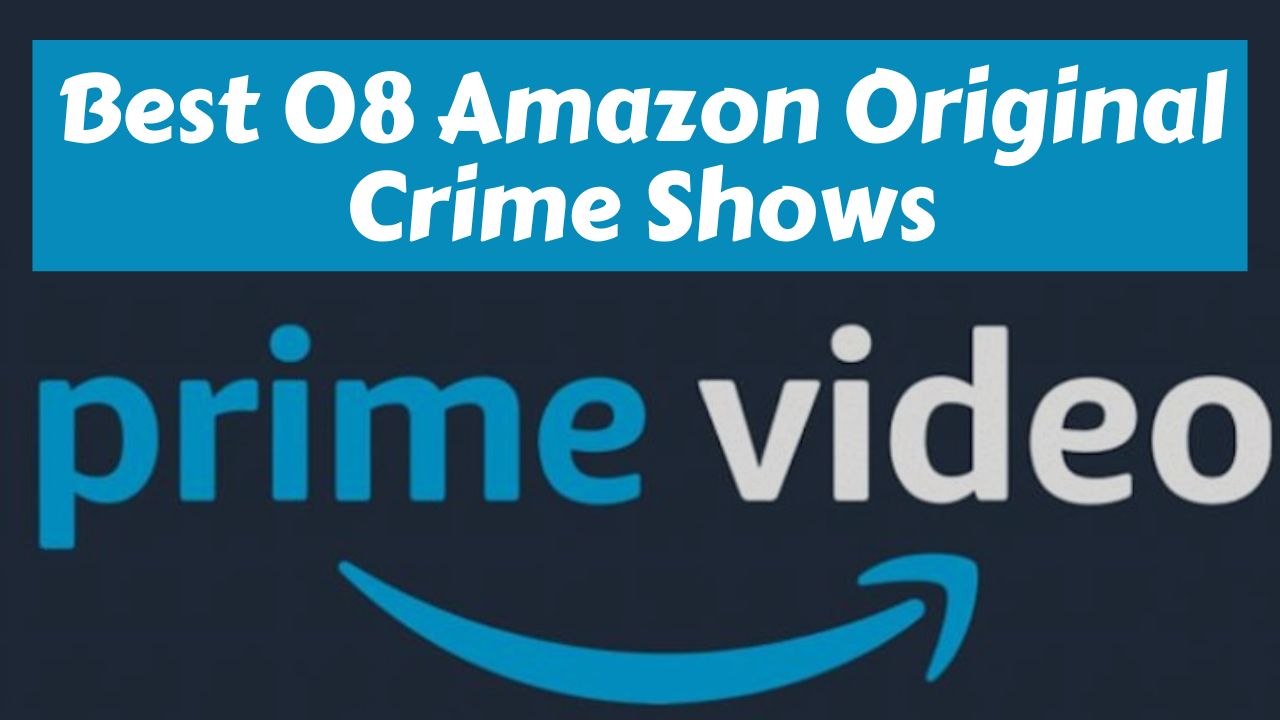 The type of genre that never goes out of fashion is the crime genre. People are effortlessly drawn to the rule-breaking stories whether the plot follows corrupt lawyers or police hunting down criminals. Either way, the obsession with crime-inspired detective shows is never-ending.

Amazon Prime has a jam-packed library of some of the most exciting, thrilling, and absorbing original crime shows for its subscribers. But you don’t need to worry about filtering out the best ones as we have freshly compiled a list of the 8 best Amazon Originals crime shows that will leave you nail-biting. We are certain that this list will tempt you and make you ready to start binging!

The plot of the show is set in a universe where superpowered people are adulated by the general public. Among them, an official superhero group called “The Seven” run by the multibillion-dollar corporation, Vought International plays a façade of being virtuous individuals. But their true colors reveal when a group of non-powered vigilantes called “The Boys” set out on a quest to bring down Vought and its corrupt superheroes who do the darkest and most depraved crimes in secret.

Bosch is a classic crime-solving streaming drama that started airing in February 2014. It has the honor of being the very first Amazon Prime Original series and has seven seasons and sixty-eight episodes up till now.

The plot of the show follows a Los Angeles Police homicide detective, Harry Bosch played by Titus Welliver, and the countless obstacles that he faces as he investigates and solves suspicious death cases. His persistent pursuit of the truth overwhelms him when he is forced to confront his past and analyze his future.

The plot of the series follows a heavy-handed man, Akhandanand Tripathi aka Kaleen Bhaiyya played by Pankaj Tripathi who makes millions as a carpet exporter. Due to his substantial wealth, he becomes a mafia don of Mirzapur, and his son, Munna fills in his footsteps to continue his father’s legacy. An appalling incident at a wedding procession ignites a series of events involving the game of power and greed in the chaotic city of Mirzapur.

Breathe is a phenomenal Indian thriller crime drama series broadcasted in January 2018. It has one season consisting of eight episodes.

The plot of the saga explores the lives of common men who are faced with overwhelming situations. Among them, a talented and unbiased officer of the Crime Branch, Kabir Sawant played by Amit Sadh digs deep into a series of deaths of organ donors only to discover that an unlikely suspect, Danny played by Ranganathan Madhavan is the cause behind them as he is in search of an organ transplant for his terminally ill son, Josh.

Reacher is an American action crime drama series released in February 2022. It has one season comprising eight episodes.

The plot of the show revolves around a veteran US Army military police officer, Jack Reacher played by Alan Ritchson. After completing his service, Jack enters a civilian life and visits the fictional rural town of Margrave, Georgia where he is accused of a murder he did not commit. When he is released, he sets on a mission with Roscoe Conklin and Oscar Finlay to investigate the real culprit only to unfold a huge conspiracy involving deceitful cops and politicians.

Sneaky Pete is an American part dramedy and part crime caper drama series released in August 2015. It has three seasons each consisting of ten episodes.

The plot of the series follows a released convict, Marius Josipović played by Giovanni Ribisi who disguises himself as his late cellmate, Pete Murphy to get away from a violent gangster that he once mugged. In the process of conning, he reunites with Pete’s estranged family only to find that they are leading him into a world that is as perilous as the one he is hoping to escape. Amidst the chaos, Marius must find a solution to prevent his lies from blowing up in his face.

Paatal Lok is a fast-paced Indian crime-solving thriller series released in May 2020 with one season comprising nine episodes.

The plot of the show focuses on an unconventional inspector, Hathiram Chowdhary played by Jaideep Ahlawat who is assigned to investigate a high-profile assassination case of a famous TV journalist. Little does he know that the case will turn to be a complex maze leading him to uncover the dark realms of Paatal Lok, the underworld, and its atrocious realities.

Hunters is an unnerving and overreaching American historical-fiction drama series released in February 2020 with one season comprising ten episodes.

The plot of the show is set in 1977 New York City where Meyer Offerman played by Al Pacino forms a diverse team of Nazi hunters to track down hundreds of high-ranking Nazi officials conspiring to create a Fourth realm in the U.S. To prevent the mayhem, Meyer and his team must adopt significant measures to foil the Nazi’s vicious genocidal schemes.

All in all, these crime shows will definitely intrigue your mind and make you dwell in the world of crimes. The plots of these shows are a mixed cocktail with some shows portraying clever storytelling which gives away enough clues to easily solve the case. Whereas, some shows force you to dig psychically into the suspects’ minds to discover the culprit.

Although this list can continue to grow, for now, these are our personal favorite crime-related recommendations. Let us know some of your other favorites in the comments below!