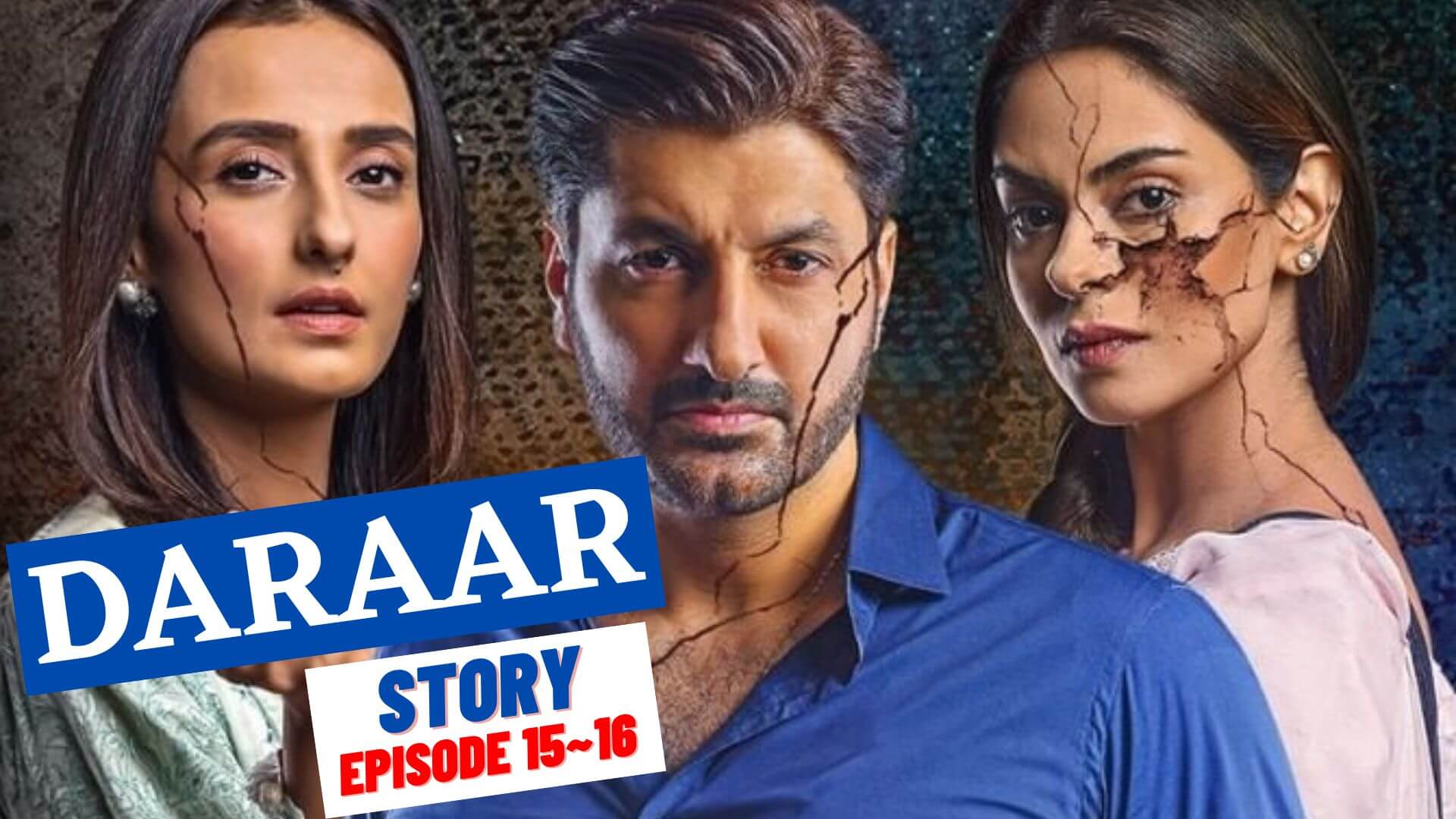 Pretending to be a caring husband, Shaheer sends Sajjal to his house so she can accompany Irha in his absence. Sajjal is delighted to see Irha’s lavish lifestyle and aspires to have a similar life. Wounded, Daniyal approaches Hamid, apologizing to him for defaming Sajjal and declaring her innocent. He then decides to flee the city with his mother to keep themselves protected.

Hamid is bewildered by Daniyal’s sudden change of attitude and informs Naushaba about it. Despite knowing the fact that her daughter is at fault, Naushaba berates Hamid for mistreating her. Just when Sajjal finds out that Shaheer is returning in a few hours, Irha’s maid accidentally spills coffee on her clothes. This gives her a chance to wear Irha’s expensive clothes and valuable jewelry.

When Shaheer arrives home, she flaunts herself in front of him, attracting him even more. Shaheer plans his honeymoon to Europe and Irha starts packing for it.

Hamid returns Sajjal her phone and allows her to continue her studies. Ecstatic, Sajjal thanks Shaheer for making her life easy and offers to give him a treat together with Irha. However, Shaheer asks her to cut Irha out of it to keep her away from their little “secret”. The two of them enjoy a coffee date together during which Shaheer uncontrollably flirts with her.

Later, he takes Irha and Sajjal to shopping and buys them a lot of expensive gifts. He then secretly gets a ring for Sajjal and slips it into one of her shopping bags. When Sajjal finds the ring, she jumps with excitement and starts falling for him.

Before Shaheer and Irha could leave for their honeymoon, Shaheer’s grandmother experiences a brain hemorrhage and, as a result, becomes hemiplegic. Shaheer, who holds her near and dear to his heart, loses control of his emotions, holding himself responsible for not looking after her aptly.