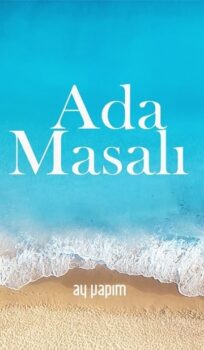 Below is the episode-wise story of the drama ‘Ada Masalı’ in English. First, let’s look at the characters played by the cast:

Haziran, a businesswoman is assigned a task to get the details about the land owned by Ali Oguz on an island. She visits the place with her friend, Bircik, and meets Poyraz, the charming yet introverted person. She stays with her aunt and cousin, Nehir. On a short tour to the factory, she captures the pictures of the finances of Ali Oguz and sends them to her company who forwards the complaint to the bank.

Poyraz and Haziran grow close in a dance competition to help a girl attend a camp and win it. The couple has a small talk and Haziran finds out about Poyraz’s unconscious grandmother. She is shocked to find that Poyraz is himself Ali Oguz. She tries to explain to her boss how wrong they are doing but her boss turns deaf ears to her. She moves to the island to help Poyraz. Nehir overhears her talking to Bircik about her secret. Haziran then lies to Nehir about being in love with Poyraz.

To prove her lie to Nehir, Haziran kisses Poyraz, shocking him. They have an awkward contact when the whole island starts shipping them. Poyraz clears the misunderstanding but İdil is enraged at Haziran. She gives her a friendly warning and offers money to Poyraz to help with the loan but he refuses. Bircik moves to the island for a month to help Haziran. Hazrian also sees Poyraz’s grandmother and feels sorry for her situation. She shares with Bircik her fear of being exposed in front of Poyraz but it seems like, amidst minor disagreements, the distances between the two are shortening down. Nehir tries to create opportunities to give some alone time to the couple. Hakan, the colleague of Haziran turns out to be an old acquaintance from the island who comes back to spy and provide information to their boss. Haziran is shocked and nervous as he shows up.

Haziran is shocked to find Hakan and fears that her truth is already out. It seems Hakan has not revealed anything yet. The thought of Hakan staying at the island keeps Haziran worrying as her secret could be out anytime possible with Hakan around. Hakan finds out about Selma, Haziran’s aunt, and tries to dig more. İdil, on the other hand, is plotting against Haziran to kick her out of the island. The engagement party at Haziran and Poyraz’s hotel is to take place in no time but flowers are unavailable since İdil has bought them all to spoil Haziran’s work. Finding herself helpless, Haziran’s tears don’t go unnoticed by Poyraz and he helps the girl he feels attracted to. Spotting Haziran with Hakan, İdil gets suspicious and decides to find what Haziran is hiding. The couple gets engaged but has a small argument due to Poyraz.

Haziran and Poyraz come close but the fact of Haziran’s temporary stay hits to disturb them. They argue when Haziran tries to deal with every situation through technology while Poyraz prefers simplicity. They make a sweet bet where Haziran is asked to survive the island without technology. Whoever wins will learn another person’s secret. Haziran is offered an unexpected job that requires her to leave the island. Poyraz is disappointed and shares the situation with his friend, Alper. Haziran shares with Bircik how desperately she wants Poyraz to stop her. Poyraz makes it clear for Haziran, having no reason to stay as she wanted money and can avail the opportunity. They end their partnership. Poyraz is curious as Haziran states to miss something if she leaves the island. İdil warns Haziran to never come between her and Poyraz again. Melisa is confused at Bircik’s devastated reaction when her sister comes to the Island.

Zeynep, Haziran’s mother makes a surprising entry on the island and Gorkem is taken aback as Zeynep is unaware of the business run by Haziran and Gorkem. Selma is quiet and emotional to see her sister after ages but they don’t talk about the past which means the reason for their clash is yet to be revealed. As Haziran is about to leave, Poyraz makes an entry requesting her not to leave. She stays but both don’t reveal the reason behind stopping and staying. Poyraz’s words create a romantic atmosphere for a while. The whole island talks about Poyraz stopping Haziran and something cooking between the two. İdil is enraged to hear about it and vows to teach Haziran a lesson. A concert is about to take place and both İdil and Hakan plan to create problems. Poyraz and Haziran team up again to sort out the mess.

The episode starts with Poyraz taking up the stage and performing at the event. He and Haziran enjoy the success while haters keep hating. They head back home and Haziran stops by to see Poyraz’s grandmother, Aliye. She feels emotional and states the truth thinking she is unable to hear her. Surprisingly, Aliye opens her eyes after years and murmurs about Haziran’s theft and betrayal. Haziran is taken aback and apologizes to her. Poyraz enters and questions her apology but is diverted to his grandmother. He breaks down and is at the height of happiness. He feels indebted to Haziran and considers her to be lucky for them. He shares how he now believes in miracles. İpek is not happy with the situation as it draws her distance from Poyraz. The friends enjoy the camp and romance blooms between the couple at the photo booth. Bircik and Alper grow closer causing Melisa to feel jealous. She realizes Poyraz is in love with Haziran and fears him being hurt again. Hakan plays a game where everyone is supposed to speak the truth. Haziran feels trapped and leaves the scene where she cries her heart out feeling helpless.

Poyraz, sure of his love for Haziran confirms her similar feelings by kissing her. But Haziran doesn’t confess because of the truth she has been hiding. Poyraz starts flirting with another woman in an attempt for Haziran to express her love. Bircik tells Alper the truth and he loses his temper. Bircik calms him down by pointing out that the couple must resolve the issue themselves as they are in love. Seeing them close hurts Melisa. Poyraz and Hakan start arguing because Hakan bribed the customer in order to defame the hotel. İdil reveals Haziran’s secret to Poyraz. Shattered, Poyraz shouts at Haziran who tries to talk to him but Aliye stops her. Meanwhile, Selma and Zeynep create a scene in the market regarding their past, leaving the whole island shocked. Haziran breaks into the house to talk to Poyraz but he, not believing her, asks her to leave him forever but she is adamant to sort things out.

Poyraz scolds Haziran but she is adamant to stay at the island and fix everything. Poyraz is forced to work with her. Aliye wants Haziran out of Poyraz’s life but is actually worried since love is hidden behind Poyraz’s anger. İdil is upset as her father wants to get married again. She doubts Selma to be the new bride but in reality, it is Zeynep. Hakan and Haziran face hate from the people on the Island. Hakan is determined to cause more trouble as Poyraz beats the pulp out of him. Haziran gets stuck in the storage refrigerator. Poyraz saves her and expresses his love by taking care of her. Aliye and Zeynep quarrel for their respective kids. Hakan tells Poyraz that Alper knew the truth at which Melisa and Poyraz get angry at Alper but later on they reconcile. Melisa takes Görkem’s help to act like a lady for Alper.

Poyraz saves Haziran tactfully from Hakan but the couple gets hurt. They go to the hospital and their respective families reach there as well. Hakan is taken into police custody where Görkem and Sadiq curse him. Zeynep and Selma argue about being the actual designer. The next day, a competition to test the sisters is arranged where Alper gets stunned to see Melisa as a model and praises her beauty. Bircik is irked at Görkem for revealing a lady out of Melisa. İdil and Haziran are shocked as their parents announce their marriage. They make attempts to stop it but in vain. Haziran gives up but İdil locks the marriage registrar in a room on the wedding day. Nevertheless, the issue gets resolved and the marriage takes place. An old acquaintance of Haziran, Batu enters, shocking her to the core and making Poyraz uncomfortable as he sees the two hugging.

Poyraz gets hurt by seeing Haziran and Batu dancing. Haziran tries to explain that Batu is just an old friend but Poyraz shows no interest. İdil is shattered as no one cares about her and decides to give up on Poyraz but Aliya boosts her up. Melisa and Alper relive their university moments where Bircik misbehaves with Melisa out of jealousy. Haziran is angry about forgetting her father’s death anniversary, Poyraz tries to calm her down and they end up sharing their pain. They visit an old couple and spend some quality time which makes them reconcile things with each other but Batu deliberately makes Poyraz angry and forces him to attack. Batu falls unconscious and everything is recorded. In order to gain Poyraz’s sympathy, İdil prepares fake illness reports from the hospital and shows them just to Poyraz.

Batu is taken to hospital while Poyraz is taken into police custody. The event gives him a flashback of a horrible past incident. Alper clears to Melisa about not betraying Bircik and rejects her. Batu comes to his senses, tests in the favour of Poyraz, and saves him. Selma and Zeynep patch up and Zeynep helps her make a perfect dress for her date with Fatih. Nehir loses her mind on the thought of Selma dating a man and shouts at Fatih. Poyraz gives more attention to İdil and decides to take her to a doctor in Istanbul. Out of shame and fear, İdil tells the truth to Aliye who slaps her for playing with Poyraz’s feelings. Bircik overhears Melisa talking about being in love with Alper and vice versa. Haziran is upset as everyone forgets her birthday but she is surprised by Poyraz and both confess their love for each other. Idil and Batu join hands to separate the duo.

Aliye is furious at İdil for lying about her disease. Batu goes to Poyraz’s house and steals a picture from his belongings. It shows Poyraz lying in her mother’s lap whose face was torn by him after an incident. Batu moves into İdil’s house and she sees wounds of torture on his back. He shares memories of his cruel father and she spills the beans of her fake disease. Bircik tries to make Alper and Melisa confess the truth but they get scared and later decide to be honest. It is too late and Bircik announces the reality herself in front of the whole island at the fair. During the event, Haziran receives an envelope of the same photo where Poyraz states his horrible past incident. He punches Batu where İdil takes the blame and tells Haziran about her illness. Poyraz solves the mystery and catches all lies. Haziran and Poyraz decide to pretend to break up but continue their romance secretly.