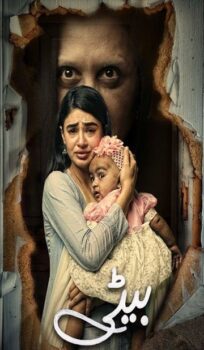 Beti is the story of a trauma most of the Pakistani women have to go through in their married lives. Opposing the birth of a daughter, a pre-Islamic vice still persists in our society. Even some literate and modern families despise the birth of a daughter in the family. One epitome of such example is Hashmat’s family. His two sons; Taimoor and Aazar are married to Sonia and Maryam respectively. Sonia murders her newborn girl fearing an ill-fate for her. Taimoor, an evil person, often maltreats Sonia. Maryam also gives birth to a girl. But unlike Sonia, she stands for her daughter in order to save her from the malaise around. Her mother in law; Shahana, a vile character makes various unsuccessful attempts to kill the newborn baby.

Greed brings misery to the family as Hashmat dishonestly seizes all the proceeds from selling Maryam’s house. She leaves the house when her husband does not stand by her. Later Shahana proposes Aazar to marry again and he consents to the suggestion of marrying Naila. The new bride discovers him already father of a daughter. Shahana deceived her too before marriage.

Taimoor conspires to steal the money Hashmat has hidden in his house. Hashmat is killed in the robbery and Police arrest Taimoor for his involvement in the murder. Shahana goes mad hearing the news of her son’s death. Maryam now completely abandons her husband and takes her daughter with her. Aazar does not find comfort in the second marriage too. The mad Shahana causes the death of his child and Naila too leaves him. 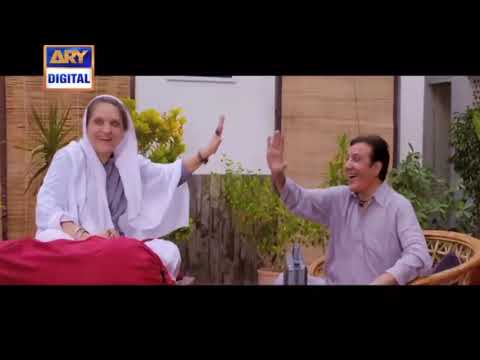