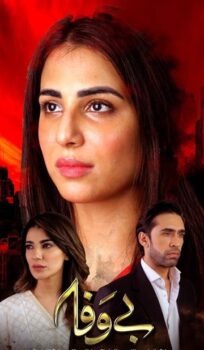 When Aahan’s colleague, Shireen, advances to him, his possessive wife Kinza gets suspicious of him. Ahaan, a father of six years old child, is having a dull marital life. As a result, he gets attracted to Shireen who in fact is an avaricious character and dreams of luxuries of life. Thinking of his family’s happiness, he decides to end this illicit relationship.
Kinza shames Shireen’s family for the latter’s faults when she learns the truth. This leads to a fight between the married couple. Torn between two worlds, Aahan tries to mend the loss after meeting Shireen’s greedy family. Shireen still pretends kindly after so much humiliation which impresses Aahan. She then contrives a lie that her parents are going to kill her after the shame she has brought to the family. Falling in her trap, Aahan decides to Nikah her secretly.
After Nikah, Sharmeen, Shireen’s sister, creates differences between them. Meanwhile, suspicions about this Nikah go high in the family and Shireen now is on the mission of replacing Kinza’s position in order to fulfill her dreams. On the other hand, Kinza after knowing the reality resolves to fight the situation and allows Shireen to shift to her house where the latter gets a cold response. A battle ensues now between the two cunning wives to get control of the house. Kinza gets shot in a robbery when she tries to resist robbers after which Aahan repents his rude behavior towards her.
Shireen impresses all the family members one by one by her nice behavior. Kinza is shocked to find her mother in law on Shireen’s side. However, after some time Kinza too gets trapped by her and naively starts believing her when Shireen assures her of Aahan’s love for her.
Kinza and Aahan do not pay heed to mother’s reservations after she learns Shireen’s true face. However, alarmed by Sharmeen’s warning, Kinza starts realizing things. After getting firm grounds in the house, Shireen’s true nature unfolds when she creates misunderstandings between the old couple so that Aahan sympathizes with her and develops a hatred for Kinza. After some time, he seriously considers leaving Kinza. Later, amid the ongoing scuffle, Aahan discovers the true face of his new wife. 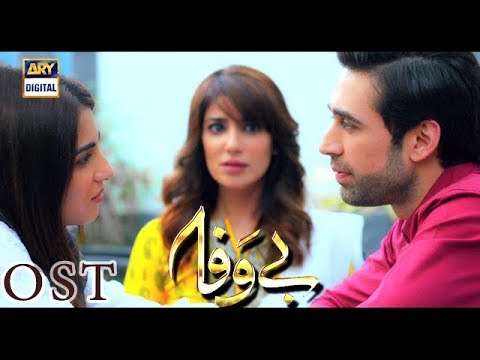