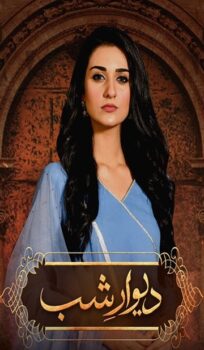 The life of Sitara Jahan, an ageing courtesan goes dark as one of her daughters; Feroza elopes with her lover; Yousuf Kamal. Her other daughter; Nagina not competent enough finds meager roles in films to support her mother and two daughters Sandal and Gaitee Ara. Sitara Jahan starts selling her jewelry one by one in this difficult time. This situation satiates Sitara’s sister; Dildaar Begum who now benefits from this opportunity since Feroza; an excellent performer always eclipsed her daughter; Dilnaz. After some time, Sitara finds a child; Khayyam at her doorsteps which turns out to be Feroza’s son.

Time passes and their children are young now with Sandal becoming a gorgeous girl while Gaitee is simple. Khayyam loves Gaitee and despises their lifestyle and plans of abandoning it. On the other hand, Dilnaz’s daughter; Almas is also on her way to becoming a successful dancer and likes Khayyam. Khayyam listens to some people talking bad about his family. Dejected by his background, he runs away from the house before his engagement with Gaitee, stealing the family’s jewelry. Things do not go in his favor as he has to work at a hotel after his jewelry is stolen.

There is a parallel story of two brothers Izhar and Islam. They are also bound by the engagements of their children. Izhar’s son; Salman is engaged to Rabia while his daughter; Joya is engaged to Maaz. Salman breaks his engagement after finding a wealthy girl Zobia. Zobia’s father turns out to be Yousuf Kamal; the same man who had previously married Feroza but later abandoned her due to his family’s opposition. Salman’s whole family sets their eyes on Zobia’s fortune.

This causes differences between two brothers as Maaz and Joya’s engagement also comes to an end. She is then engaged to another greedy man; Ejaz. Izhar involves himself in corruption to meet Salman’s in-laws’ avaricious demands. After Salman’s marriage, the family falls in a debt trap and Izhar faces corruption charges in his office. Seeing the family going bankrupt, Ejaz too breaks his engagement with Joya. Zobia’s father too refuses to help Salman as he feels his responsibility to his forgotten son; Khayyam.

Salaar gets closer to Sitara Jahan’s family and helps them out. He also arranges serial roles for Sandal. Grief-stricken Gaitee finds comfort in his presence and both develop a liking for each other. Later, seeing her talking with Khayyam’s pictures, Salaar leaves her and tries to find out Khayyam in order to arrange their marriage. Salaar indeed belongs to a rich background as he is the step-son of Yousuf Kamal’s sister; Zartaj. Sandal gets an opportunity at the big screen when a famous filmmaker offers her roles in his three films. What will be the fate of Gaitee Ara? Will she reunite with Khayyam or will she choose Salaar? 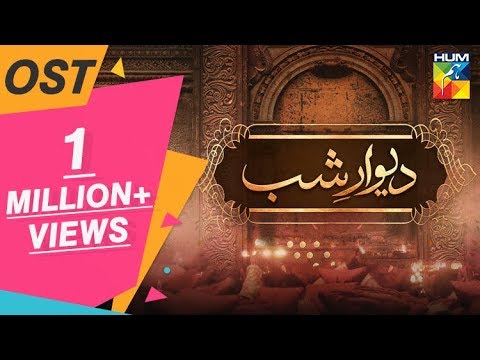