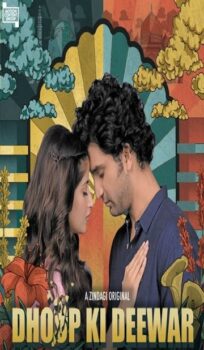 Vishal, son of Colonel Vijay Malhotra, resides in a basic Indian household with his widowed grandmother, mother, and two young sisters. Similarly, Sara is the daughter of Colonel Sher Ali and lives with her grandparents, mother, and two younger siblings in Pakistan. As the two lead characters enjoy the rush of a cricket match between Pakistan and India, with their families, both families get grieving news from their respective armies. Vishal and Sara both put on proud faces for having a martyred father and are offering their respects at their burials when the media asks for their input. Loaded questions from the media incite responses from the mourning families. Sara tells the Pakistani media that she is proud to be the daughter of a brave martyr and Vishal does the same. However, later on, Sara finds a video of Vishal through social media and witnesses his statement. She gets aggressive upon hearing Vishal calling his deceased father“a fearless Indian army officer that taught a lesson to the Pakistani army”.

Check out the complete review of episodes 1 & 2 here