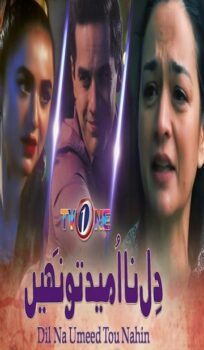 The story of the drama ‘Dil Na Umeed Tou Nahin‘ follows two timelines. Sumbul’s past as Allah Rakhi and Jamshed’s sufferings go side by side with their present lives.

Below is the episode-wise story of the drama. First, let’s look at the characters played by the cast:

Sumbul and Sawera returning from a party are stopped by the police and then let gone when Sawera talks to the officer. Their patron (Aunty) sees them as her working sons and refuses a minister’s request for them. A rural and poor family (Majeed, his wife Razia, their daughters Sadia & Allah Rakhi) becomes worried to learn the demands of Sadia’s to be in-laws. A poor boy; Jamshed faces the wrath of his school teacher. Provoked by his friend’s remarks, Qazi Sahb becomes angry over his youngest daughter; Naseem Zahra for not observing dress norms.

A client; Zulfi comes to see Sumbul. Ramsha, one of the girls cries for getting beaten up by another client Pasha. Later she gets threatened by Ikram. Young Jamshed gets shunned by his widowed mother for not being the breadwinner of the house. The truth about Allah Rakhi’s past unfolds. Aunty is instructed to keep an eye on Sumbul.

Aunty calls a doctor to see Sumbul and to analyze her mental health. Zulfi takes permission to take Sumbul to the cemetery. Qazi tells Najma that he will talk to their daughters’ principal. Jamshed tries to steal money to run away to the city and gets beaten by his mother.

Najma meets up with Naseem’s principal. Naeem Sherwani holds a meeting with the community members. Young Jamshed continues to suffer at the hands of his mother’s beatings. Majeed takes a loan for Sadia’s wedding. Ramsha turns up dead and Sumbul tells Sawera that they need to fight for the safety of all girls.

Naeem Sherwani and community members visit the principal to enforce the segregation of girls. Jamshed and his friends steal money kept for Sadia’s wedding and run away to the city. Sumbul learns the truth about Ramsha’s brutal death and aunty’s deal with the murderers. She tries to run away and Ikram brings her back forcefully.

Jamshed is forced to work for Baba Ranja’s mafia and gets caught stealing. The principal is forced to shut down her school. Qazi’s daughters join a public school with a strict principal. Sadia gets married and is kicked out by her in-laws a day later. Sumbul confides in Sawera about finding someone.

Nizami shows interest in Sumbul. A new girl named Sadia gets sold off to aunty. Jamshed confesses to the police about Baba Ranja’s mafia. Allah Rakhi’s brothers get arrested for stealing back their donkey. Somi saves Majeed’s sons from the police and in return asks for Allah Rakhi’s hand in marriage for her nephew.

Jamshed ends up in jail for minors. Allah Rakhi’s mother marries her off to Somi’s nephew. Sumbul reveals to Sawera that her real name is Allah Rakhi and she was sold off by her parents. Remembering her past gives her an anxiety attack. Naseem’s new principal arranges a sports coach for her.

The doctor injects Sadia; the new girl, with hormone shots. Naseem Zehra bonds with her coach. Two boys bother Jamshed in jail but his teacher finds potential in him. Nizami gifts Sumbul a cell phone and Big Brother’s number as requested by her. Naseem Zehra, her coach and principal form a girls cricket team.

Jamshed’s jail time ends and he is forced to return to Baba Ranja who sells him off as a domestic helper. Ikram gets suspicious about something going on between Nizami and Sumbul. Nizami tells aunty to make Sumbul exclusive for him. Sumbul volunteers to fill in for clients against Sadia but aunty sends her anyway.

Sadia and Sumbal run away from a party. Ikram injures Sadia by shooting her in the leg and brings the duo back to the house where they try to escape again. Jamshed works as domestic help and his neighbor feels sorry for him. Naeem Sherwani visits Qazi’s house at night and expresses his liking for a young girl for marriage.

Naeem Sherwani and Qazi protest outside Naseem Zehra’s school against the girls playing cricket. Hence, the principal ends their match and transfers their coach. Sadia and Sumbal run away and discover the police being involved with Ikram. Zulfi tries to figure out who poisoned Aunty. Baba Ranja plans to rob Jamshed’s owners.

Naeem Sherwani holds a meeting to conduct further protests. Sumbal seeks help first from Nizami and then from the man in the video from social services. She runs away while Sawera and Sadia distract Ikram. Meanwhile, Jamshed’s neighbor takes him away and Baba Ranja asks his owners to bring him Jamshed.

Note: The drama did not air during the month of Ramadan.

Naseem Zehra continues to study and practice sports at home, without the knowledge of her father. Jamshed gets adopted by the neighbor who takes him away from his owners. Sumbal succeeds in running away and is taken in by a stranger who turns out to be a molester. The mysterious boss finds out about Sumbal running away, and relocates his place of business, sends aunty away, and assigns the girls to Ikram.

Sumbal finds Jamshed, seeks shelter at his house and tells him everything. Aunty gets shot during her ride to the airport and Zulfi goes to the house looking for her. He sees Ikram who doesn’t say anything. Sawera and Sadia get taken to a low-class brothel where Ikram threatens them. Meanwhile, Naeem Sherwani shows interest in Naseem Zehra and Qazi tells his wife about this marriage proposal.

Qazi proposes Naeem Sherwani’s wedding with Naseem Zehra, but Najma fights with him. He threatens divorce if she argues, and Najma informs Naseem Zehra. Jamshed confirms that Sumbal’s molester is in fact alive, and informs her to rule out murder charges. The big boss tells Ikram to find Sumbal and kill her so he can appoint Sawera in charge of the new business.

Jamshed overhears Sumbal singing an old folk song from their village and recognizes her as Allah Rakhi, his childhood friend. Ikram tells Sawera that she’s next in line for running the girls, and she runs away leaving Sadia behind. Sawera contacts Jamshed for help and Ikram informs his boss who orders him to find the girls and kill them.

Sawera gets united with Sumbal and goes to the police who refuse to register a case, rather go for a raid. Naeem Sherwani and Naseem Zehra get engaged whilst Naseem Zehra secretly gets her passport made for her cricket camp registration. Ikram spots Sumbal with Jamshed and attacks their car.

Sumbal and Jamshed get away from Ikram. Later on, the two travel in search of their village. Naeem Sherwani takes the girls out and Naseem Zehra gets money for her camp by tricking him. She tells her mother about sneaking to Dubai who supports her. Zulfi takes care of his depressed mother.

Naeem Sherwani guards Naseem Zehra’s house. Najma distracts Sherwani and helps Naseem runaway who ends up in the wrong hands. Qazi returns and finds Naseem missing. Jamshed and Sumbal travel to their village and find an old acquaintance who tells them that both their families are no more, so Sumbal visits her father’s grave.

Zulfi storms into the place where Naseem Zehra waits with the agent before flying off to Dubai. He informs her that she is about to be trafficked. Naseem reveals her situation to Zulfi who brings her to his sick mother. Zulfi talks on the phone with Jamshed’s baba and then sends him money. Meanwhile, Qazi looks for Naseem Zehra and questions Najma about being involved.

Zulfi takes Naseem Zehra to his mother, who tells Naseem about her missing daughter for the past twelve years. Qazi accuses his wife of knowing Naseem’s whereabouts. Sherwani asks for Hijab, Naseem’s younger sister, to be married to him. Qazi and Najma get in a fight and the former finds her phone. Meanwhile, Jamshed discovers something about his baba being linked to women trafficking.

Naeem Sherwani asks for Rubab’s hand in marriage or the community would do a social boycott against Qazi and his family. Qazi threatens to kill his family, so Zulfi and Jamshed bring Naseem back home with the help of the police. Jamshed tries to alter Qazi’s thinking who overhears Naeem Sherwani’s ill thoughts about his daughters and finally starts supporting his daughters. Najma and the girls find out that Qazi also wanted to be a cricketer. Naseem goes to the cricket camp. Meanwhile, Baba Ranja and the doctor get arrested for their heinous act of trafficking. Sumbal starts working at Jamshed’s shelter and they live happily. 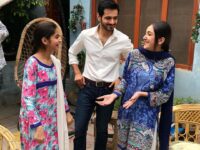 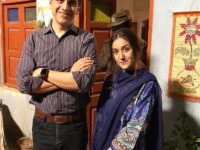 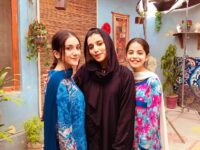 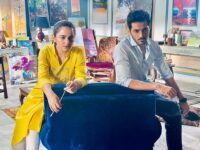 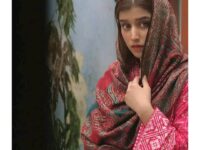 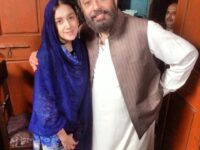 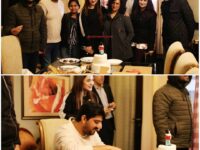