Kaisa Hai Naseeban deals with the grave issue of daughters’ marriages. This subject is critical since the selection of a life partner for the daughters can shape or ruin their life. Often blinded by relatives’ love and wealth’ glitter, parents tend to ignore the ground realities.

Jamal has two daughters, Maryam and Farah. Maryam’s cousin Affan is interested in marrying her. His sister Musarrat lives in Malaysia with her son and a daughter. He decides to marry Maryam with her nephew Ahmed due to Musarrat’s persistence. She promises to keep Maryam happy and affluent. Moreover, she demands a hefty amount from her brother as a loan. Jamal manages the money by mortgaging his house. The marriage takes place and the newly-wed couple travels to Malaysia.

Initially, content with her life, Maryam comes to know the bitter truth about her in-laws. Her husband is jobless and they live in a small flat rather than a big promised house. Due to Musarrat’s blackmailing, Maryam is unable to tell her father the truth. Jamal’s house is confiscated once he does not pay back the money. Affan marries Maryam’s younger sister Farah and takes their house back.

Running out of cash, Ahmed demands that Maryam should find a job. Things get worst when she starts the job. Her husband starts beating her over petty matters and suspects her. As a result, she has a miscarriage. Now afraid of local police, Ahmed escapes to Pakistan, to his uncle Jamal to ask his help. On the other hand, Maryam also finds her way back to Pakistan and reveals the reality to her father who then throws away Ahmed. Ahmed is paralyzed in an accident and his sister is divorced in the end. 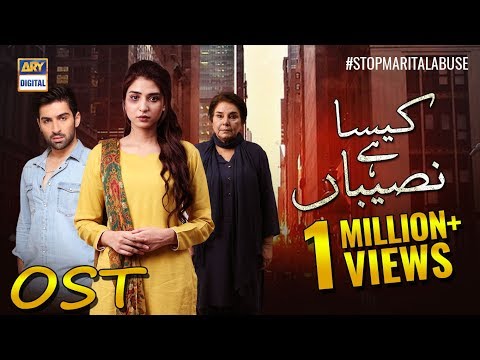