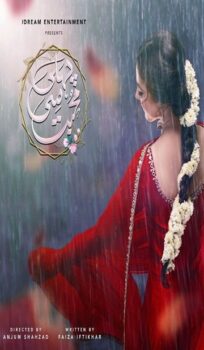 Akram and his mother go to Karachi to bring Aslam home who is living there with his uncle. He is to be engaged soon to his cousin Bushra there.

Faiz Ullah, their neighbor marries a woman, Nargis with a dark past and Rakshi develops a hatred for her step-mother. The news of this marriage enrages Akram who then conspires with others to attack Faiz’s house in order to oust the new bride. Aslam, trying to rescue Rakshi, falls in love with her.

Aslam and Rakhshi come closer to each other.

Aslam follows Rakshi to her college and follows her everywhere. Rakshi is excited to imagine her future with him until she finds about his engagement. While Akram tries his best to tease his neighbors.
Nargis keeps warning Rakshi not to trust men.

Aslam tries to pacify Rakshi and makes her believe in his love. They both meet at their neighbor Niggi’s house. He promises to break his engagement but Akram is adamant to get him married to Bushra. Niggi keeps blackmailing the couple for keeping their secret.

The story of Aslam’s sister Zainab is also highlighted where she was forced into marriage by Akram despite the fact that she was in love with someone else. This lead to misunderstandings between her and her husband where she tolerated his misbehavior. Her sacrifices are a symbol of love and respect for her family. Akram still has agonies with Zainab whereas Aslam has a close and cordial relationship with her. He confides in her about his love. Nargis comes to know about the affair but saves Rakhshi from her father.

Aslam’s refusal to marry Bushra does not impress Akram who takes it lightly and goes to his uncle to talk about the wedding preparations who then links the marriage to Aslam’s job. Aslam becomes furious at his brother for forcing him into a life against his wishes. Zainab supports her brother but Akram scolds her to which she gets flashes of her cruel life.

Faiz Ullah tries to fix Rakshi’s proposal which scares her. Nargis handles the situation for a while but keeps warning Rakshi about men’s betrayal. Aslam is broken to hear that Rakshi wants to end the relationship and then blasts at Niggi for continuously blackmailing the duo for keeping their secret.

Zainab’s husband argues with her for marrying him without her consent as she had someone else in her heart. He hits her brutally with a vase but she bears it like always. Rakshi is shocked when Niggi asks her to steal her mother’s jewelry for her as a bribe to keep her meetings with Aslam hidden.

Rakshi bursts into tears and embraces Nargis as she protects her like a mother from Niggi. Niggi is cleverly warned by Aslam about torturing them with her demands off and on. Aslam goes to his uncle’s house and politely refuses to marry Bushra shocking the family whereas Faiz fixes Rakshi’s alliance.

Rakshi is anxious as her father has fixed her alliance. Akram beats the pulp out of Aslam as he has refused to marry his cousin. Seeing her son in a miserable state, Akram’s mother agrees with his decision to marry Rakshi. This elates Rakshi and she talks to her mother to convince Faiz Ullah for accepting her love.

Faiz Ullah is furious to receive Aslam’s proposal for Rakshi. He talks rudely to Aslam’s mother and refuses for marriage. He announces Rakshi’s marriage within two months. Rakshi and Aslam are shattered. Aslam’s friend suggests him to elope with Rakshi who begs to convince her father. 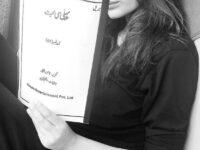 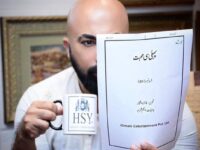 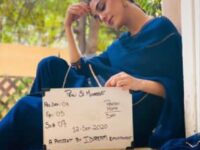