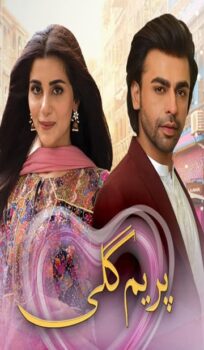 Hamza, a young man along with his grandfather, father and uncle moves to Prem Gali, a neighborhood in Karachi as Haseena Aapa’s tenants. There he sees Joya and falls in love at first sight. Joya’s family is known as ‘Talaq Manzil’, the house of divorcees because her grandmother Rahat, mother Shireen, and aunt, Mussarat have all been divorced. Shireen owns a grocery store and Mussarat is a government school teacher.

Hamza saves Joya from being hit by a bus while going to college. Then they both cannot stop thinking about each other the whole day. Joya tells Fari, her friend, and Haseena Aapa’s daughter, that she wants to marry by her choice. Meanwhile, a family is coming to see Joya for a wedding proposal. The incoming woman insults them because of the three divorces in the family and leaves.

Hamza accompanies Joya from her stop to college, consoling her that she shouldn’t be upset over last night’s guests. During a religious gathering in the neighborhood, the boys trick Hamza into listening Naat from outside for reward, but in reality, he gets caught by Tao. Joya is about to show her ‘hero’ to Fari when she sees Hamza being beaten by Tao and gets upset.

Everyone in Prem Gali talks about how Hamza’s family is affected by black magic which takes the lives of their wives. Hamza tries to convince Joya that he has no fault in the unfair beating. After Fari’s revelation, Joya forgives Hamza, and they decide to meet at the rooftop. The same night, neighbors also gather on the rooftop to witness the witch which Mateen saw.

Hamza asks Luqman to ask his father to take the proposal to Joya’s house without letting them know that this proposal is the boy’s choice. Luqman believes that Hamza is going for forced marriage. A proposal comes for Fari, sent through Hamza. Luqman talks to the family but doesn’t know the details himself and isn’t taken seriously.

Shireen decides to get Joya tuition from the son of Hassena’s tenants (Hamza). Dada and Hatim think she’s coming for Hamza’s marriage proposal. The girls go shopping for Fari’s wedding preparations and Hamza stalks Joya. Hamza rejects the tuition offer not knowing that Joya is the student. Luqman then starts giving tuition to Joya.

During Fari’s wedding, her Jahez catches fire by a short circuit. Shireen asks neighbors to contribute money so that Fari’s Jahez can be bought again. Fari informs Firdous, her fiancé, about everything honestly. His family feels bad that they had to go through this, and they still accept Fari as they didn’t want anything in the first place.

Shireen asks Hamza to find a marriage proposal for Joya. Hamza decides to bring the most stupid of proposals so that she’ll realize that the best one is Hamza. Nani catches them both talking to each other, agrees with Hamza’s plan, and promises to support them.

Nani mentions Hamza as a suitable suitor to Shireen. Hatim and Dada Jee decide to go for Joya’s proposal. Luqman unsuccessfully tries to stop them as he thinks Joya loves another guy. Shireen doesn’t consent immediately to the proposal. The neighbors bring up different prejudices against both families.

Hamza confesses that he and Joya love each other and he requests his family to make the marriage happen without any hindrances. Shireen asks Joya to tell Fari that the marriage is being done against her will so that neighbors would stop spreading rumors. Shireen puts a condition that Hamza will have to stay with them after marriage.

Joya confesses to Fari that she also loves Hamza but both of them love their families too. She won’t ask him to leave his family, nor let her mother fight with this fear. Shireen overhears this conversation. The neighbors gather the two families so they can come to an agreement. Hamza and Joya say goodbye to each other because none of them can hurt their parents.

Tao Hidayat comes up with the solution that Hamza’s whole family will live on the top floor of Shireen’s house. Both families accept this. Luqman again believes that Joya is being forced into this marriage. Hamza pays Hatim’s spiritual leader to say things in favor of his wedding.

On the wedding day, Dada Jee requests Hamza that he shouldn’t let the bride die, the coming generations are in question. On the other hand, Shireen tells Joya that she has to make this wedding work, to remove the label of divorce from their family. Hatim’s murshid informs that Joya’s life may be in danger if they have a child within one year.

Shireen, Musarrat, and Nani all give her advices according to their experiences which are polar opposite. Haseena tells Salman that she will go take his proposal if he gets new tenants. Peer demands Rs.100,000 to fix things he told Hatim.

Hamza returns late from visiting Peer, and Nani assumes that he has bad character. The misunderstanding clears when it is revealed that Hamza brought the garlands for his bride. Hamza pays the Peer from the money reserved for the honeymoon. Hamza complains to Joya that nobody is giving him respect as the son-in-law. Shireen decides to treat him well and feeds him lots of food which gets him sick.

A man in an office says on phone to find out where the boy works. Haseena gets three transgenders as new tenants. Meanwhile, Shireen advises Joya that time should be given to relationships, and bringing a new life into the world before the relation gets stronger is cruel.

Hamza and Joya now plan to meet outside without letting the elders know. Joya makes the excuse of going to the doctor. The women believe that she is expecting. Meanwhile, Luqman believes that she went off to meet someone else. Joya herself clears the misunderstanding, saying Fari had to see the doctor.

Nani confronts Hamza’s boss in his office and taunts him. Haseena finalizes Salman’s proposal. Luqman tries to demand the truth from Joya about yesterday’s whereabouts. Hamza loses his job as a result of Nani’s intervention. The man in the office learns the boy was just fired yesterday. Mateen goes to Haseena to ask for his saali’srishta.

Hamza gets a call for job interview and is accepted in a better position. Neighbors think that the transgenders will spoil the neighborhood and demand them to leave. Hamza stands up and declare himself their brother. The man in the office is Hamza’s new boss. Shireen tells Sanata to follow Hamza to find his workplace as she doubts.

Salman takes Hamza with him to Mateen and they refuse the proposal. Hamza gets a new car from office, and Shireen doubts even more. Hamza believes that they should live separately now, as he can’t stand so much interference. Hamza catches Sanata stalking him and he tells Hamza everything. Shireen finds out that Hamza’s boss is her ex-husband, Manzoor.

Manzoor takes out Hamza to lunch. Shireen asks Joya to force Hamza to leave the job. Joya catches Luqman going through her phone. Hamza again suggests that they leave from there. But Joya believes they shouldn’t leave the family. Luqman finds the picture of a guyfor Rani’s proposal, which Joya have to return from her drawer, and misinterprets.

Luqman goes to Hamza’s office and tries to convince him that Joya loves another man. Hamza makes it clear that he knows his wife very well and make Luqman leave his office. Shireen and Musarrat get into an argument over what Joya said to Shireen. Joya finally agrees with Hamza to leave.

Luqman’s misunderstanding clears when Musarrat reveals that all this time she was talking about her ex-husband who married her because of mother’s pressure and couldn’t get over his love. Hamza uses Abdul Maria as an excuse to look for a property to rent. Hamza sees Shireen in the office. Musarratapologizes to Shireen and the two reconcile. Hamza and Joya decide to leave secretly.

Shireen writes an apology letter to Joya. Luqman also apologizes for doubting Joya. Hamza and Joya secretively say goodbye totheir families and decide to meet them when their anger abates. Meanwhile, everyone starts panicking about their whereabouts. Hamza calls Hatim secretively but Joya catches him. Later, Joya calls Nani and Hamza catches her too.

Shireen believes that Hamza and Joya have been encouraged to run away by Manzoor. Manzoor denies Shireen’s allegations. Joya reads her mother’s letter and regrets her ill feeling towards her mother. Neighbors keep enquiring about their whereabouts.Manzoor, as boss, sent them gifts for new home. Joya gets irritated by this and argues with Hamza. The families and Hamza and Joya keep missing each other.

Musarrat teaches Luqman how she learned to be happy. Manzoor comes over for tea, and Joya argues with him over divorced parents. Manzoor thinks to himself that all of Joya’s accusations are true as he did not think about her when divorcing. Dada jee involves his friend’s sons, Dr. Maja and fakes a heart attack to get Hamza to return.

Manzoor asks Joyato go back to Shireen.Hatim learns that Dada jee is faking his illness and tries to make him understand that they don’t want to live with them anymore. But Dada doesn’t listen. Joya is asking Fari that Hamza shouldn’t learn about Manzoor and he hears this part. Hamza learns that Dada is ill and thinks that Joya hid this from him. Luqman confesses to Dada that they left because of his allegations.

Hatim consoles Luqman that everyone should take a little blame because they were treating them like toys. Hatim suggests Luqman to do something his father desires.Joya and Shireen reconcile. Luqman proposes to Musarrat for marriage. When Joya learns what Hamza has been misunderstanding, she leaves their house. She recalls the taunts given before her wedding and decides to go and live with in-laws.

While taking care of Dada jee Joya learns that Dada was faking and is upset. Musarrat still didn’t accept theproposal; saying that his family is cursed. Hamza resigns after learning the truth from Fari but Manzoor doesn’t accept it right away. Joya promises Dada that she will not tell Hamza if he make him live somewhere else; Hamza now lives with Joya’s family.

Dada jee, Hatim and Joya ask for Musarrat’s proposal. Joya shows a lot of attitude. Joya later feels burdened and Hatim advices her to ask for forgiveness. Hamza tries to make Joya forgive him. Luqman promises Musarrat that he will prove every fear of hers wrong.Musarrat says yes. Shireen wants Joya to forgive Manzoor. Hamza asks Abdul Maria to pray for him. Hamza catches a fever.

Nani faints when scolding Joya. Dada tells Joya that he believes Nani is faking illness like he did. In reality, Nani got a heart attack. Meanwhile, Joya determined not to let Hamza and Nani make her a fool, goes to Fari to help wedding preparations. Hatim informs that Nani is really ill and Joya rushes to hospital to find Hamza also ill. Nani and Hamza both recover. Joya forgives Hamza and he plans pilgrimage. Luqman and Musarat are happily married. 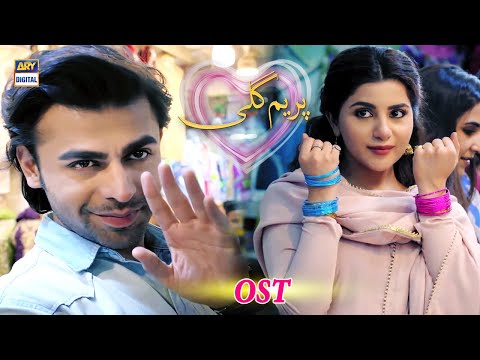