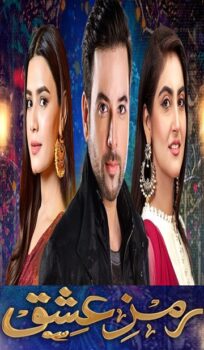 More than twenty years ago, Wajahat Ali goes against his family’s wishes to marry his love interest; Khadija. Consequently, he faces banishment from the family as his sister Safiya gets a divorce. Now, he plans to marry his daughter; Roshni and asks forgiveness from his father Hashmat Ali.

Rayan and Roshni like each other since childhood. Since Rayan is unable to bring a proposal, she prefers her father’s honor by agreeing to his wishes. At her wedding, Wajahat dies in a car accident. Afterward, Hashmat willfully spoils his granddaughter’s marriage to avenge the past event. Safiya then vengefully arranges her marriage with the family’s servant Umar. She treats her niece as a maid and is on the mission of avenging her brother’s sins from his daughter. After some time, Roshni’s grandfather starts repenting his decision but his daughter Safiya shrugs off such thoughts.

Safiya’s daughter; Rania too likes her cousin Rayan. Failing to comply with the present situation, Roshni tries to suicide but survives. Though she is loyal to her husband, he reunites with his girlfriend and plans to divorce his poor wife. Rania cunningly contrives a situation to defame Roshni by proving her guilty of stealing jewelry. Umar, already in search of an excuse, divorces his wife in presence of Rayan. He flees house to start a new life abroad with his love. Rayan and Roshni then conceal her divorce from the family.

Roshni bears the reputation of being a thief. In this difficult time, Rayan supports her morally and financially. Rayan discovers the conspiracy behind jewelry stealing drama and humiliates Rania in front of the whole family. He shatters all her dreams of their marriage. This humiliation leads to an unsuccessful suicide attempt by Rania whose mother blames Rayan for all this.

Then, his father Aqeel threatens to divorce his mother when he resists marrying Rania. He has no choice so engagement takes place. Umar repents knowing the engagement news since all his suspicions about Roshni’s affair were untrue. His girlfriend abandons him after her father’s refusal who rejects him for his meek background.

Khadija learns about the divorce and pleads Rayan to marry her daughter. Rayan agrees and both have a nikkah one day before Khadija’s death. Hashmat seeks forgiveness from his granddaughter and announces to transfer Wajahat’s share in the property to Roshni. While the preparations of Rayan and Rania’s marriage trouble Roshni as she is not ready to share her husband now.

Umar thinks of forgiveness learning Roshni has not disclosed her divorce yet. At the wedding night, he abducts Roshni after Hashmat refuses to forgive him. After finding her location, Rayan rescues his secret wife with the help of the police. He gets a shot there. Umar needs money in exchange for a divorce.

Roshni gets pregnant but Hashmat wants abortion considering it Umar’s son. However, Rayan’s mother gets a clue of reality and is happy to become a grandmother. Later, Umar comes with police to take his wife back as Rania inspires him to do so. Finding no other way, Roshni discloses her divorce before the family. Hashmat forces Umar to sign divorce papers after which police arrest him. No one listens to him when he accuses Rania of the whole plan. Hashmat repents his behavior towards his granddaughter. Now it is the time for Rayan to make a revelation about his first nikkah as he claims his child. Hashmat, however, resolves to support him now. 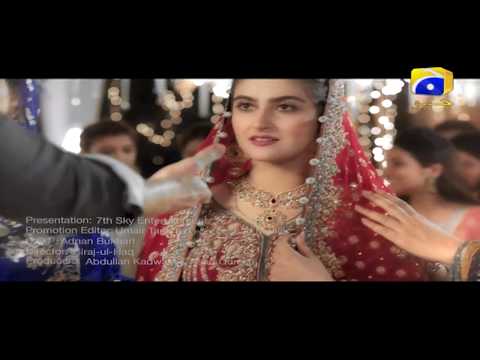