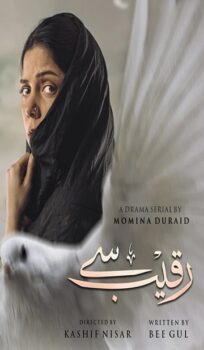 A door is knocked on late at night and Maqsood is shocked to see Sakina and her daughter Ameera. His wife, Hajra tends to the guests happily while Insha, their daughter is irked at their arrival. It is because the woman is Maqsood’s former lover who has escaped from her abusive husband.

While Maqsood and Insha are adamant about Sakina’s departure, Ameera discovers a diary and love letters written by Maqsood for her mother. Maqsood decides to drop off Ameera at her village which scares Sakina to death as he might be harmed.

Ameera informs Rafiq, her father, about Maqsood’s arrival who goes frantic and wants to kill him but calms down once meets him. The ladies share views about Maqsood and spend quality time together. Maqsood is furious at Rafiq for mistreating Sakina but Rafiq is unaffected.

Maqsood asks Rafiq to divorce Sakina at which he describes how Sakina’s feelings for Maqsood always hurt him as he was happy when he married Sakina. Insha shares her worries with her boyfriend fearing that Maqsood might marry Sakina if she is divorced.

Sakina refuses to divorce Rafiq to which Maqsood is furious and opens up past wounds. Hajra is sad to hear Maqsood’s feelings about his past love and that he has decided to keep Sakina in his house forever. Insha is broken to discover the separation story of Maqsood and Sakina. An old incident reveals Maqsood’s false temper and deep love for Sakina.

Maqsood’s elder brother and sister in law along with Insha try to convince Hajra as to how Sakina will take her place soon but Hajra dismisses the statements. Sakina and Ameera leave the house late at night with the help of Insha.

Maqsood’s family is shocked to see his anger in years as he talks to Sakina about her betrayal. Ameera seems to be developing some liking for Maqsood. Insha is curious to know about the murders or fights in past after talking to her aunt.

Rafiq reaches Maqsood’s house where he is told to divorce Sakina. But, Maqsood is taken aback to find out that Rafiq has filed an FIR against him for keeping Sakina and Ameera at his place. Insha’s lover, Abdul Rehman reveals some societal facts related to job opportunities of both men and women leading to a fuss between the two.

Ameera receives a beating from Sakina as the former reveals Insha’s secret love to everyone. Hajra is supportive yet sad as Maqsood convinces Sakina for divorce by referring her marriage to him. Sakina seems to be moved by Maqsood’s actions while Hajra stays quiet.

Maqsood wants Sakina to divorce but she wants to go back to the village with him. Insha is angry at her father for humiliating Abdul for his poverty. She is later elated to announce to him about acceptance of their alliance.

Ameera is excited to continue her studies. Maqsood takes up the responsibility of both Sakina and Ameera that infuriates Insha. Maqsood is angry at Sakina for trying to leave with Rafaqat and vents out his anger at Ameera. The affinity between Maqsood and Sakina saddens Hajra but she stays mum.

Ameera childishly expresses her desire to marry Maqsood. Sakina talks to Maqsood about Hajra’s feelings only to receives a befitting reply from him. Hajra acknowledges the huge favor Maqsood did to her by marrying her but doesn’t disclose the exact reason. Sakina is restless to see Insha’s cousin, Kashif who is equally shocked.

Hajra tries to create opportunities to give Sakina and Maqsood more time alone. Maqsood and Hajra talk about their relationship and it seems like they are hiding something. Sakina demands divorce from her husband and Hajra wishes her to marry Maqsood.

Insha and Kashif discuss the family problems over a cup of tea. Maqsood takes Ameera to an outing who is later slapped by Sakina for hinting to like Maqsood. Insha talks to her fiance; Abdul to keep her mother with them if Maqsood leaves her. Maqsood is shocked to know about Hajra’s wish for him and Sakina.

Sakina cries over her fate and reveals how she saved Maqsood’s life by testing against him years ago. Insha is furious at Hajra for always feeling inferior to Maqsood. She is stopped by Maqsood as she is about to spill the beans behind their marriage.

Insha and Abdul get Nikah-fied and the changed behavior of Abdul after nikkah worries Insha. Sakina leaves for her village with her husband.  Hajra stays anxious and keeps worrying about Sakina who bears the rudeness of her husband. Ameera keeps finding reasons to stay close to Maqsood.

Ameera is furious as Maqsood doesn’t pay attention to her. She chats for a while with Kashif. Atika warns Hajra of Ameera’s personality to be trickier than her mother. Hajra reveals to her husband the reason behind Sakina’s betrayal who sets off to bring her back.

Hajra is worried for Maqsood and Sakina. Maqsood sets a deal with Rafiq to free Sakina in return for land. Insha is stunned to see a change in Abdul’s attitude. Hajra reveals to Insha how her grandfather killed his grandmother but Maqsood still married her.

Hajra tries to explain to Ameera about Maqsood and Sakina’s situation who keeps making fun of them. Rafiq divorces Sakina who leaves with Maqsood. They rekindle their old sweet and painful memories during the journey. Hajra is surprised at Ameera’s continuous interest in Maqsood.

Hajra is shocked to hear Ameera’s confession for Maqsood. The family tries to put sense into her but when she chooses to stay adamant, Hahra slaps her. Insha speaks for her mother in front of Maqsood and is shocked to find how Abdul is constantly asking him for favors.

Ameera tries to commit suicide and shares an emotional moment with Sakina. Maqsood talks to Hajra about how much she means to him. Insha realizes Abdul’s personality and decides to leave him. Maqsood has a serious talk with Ameera about her actions and life. Sakina and Hajra share an emotional and powerful scene at the end.

Insha is shocked to discover that she is not Maqsood’s daughter. She has an emotional talk with him and makes him realize how he is still trapped in the past incidents. Ameera apologizes to Hajra for her insolent attitude. Insha files for divorce. Rafiq Ali comes to meet Sakina and shares his pain of Maqsood always being between the couple as Sakina’s memory which affected their marriage.

The last episode moved everyone to tears as Insha moves to a village to perform medical duties accompanied by Sakina. Ameera goes back to the sick Rafiq Ali with Kashif’s love in her heart who once proposed her before being murdered by his father’s political foes. The journey is fresh for Hajra and Maqsood as both have moved on from the past and are trying to give place to love in marriage. 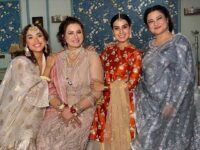 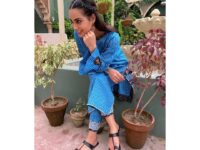 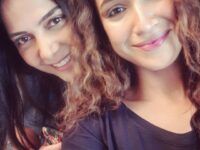 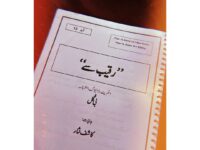 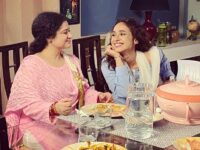 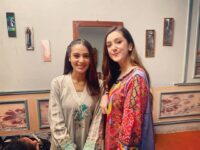