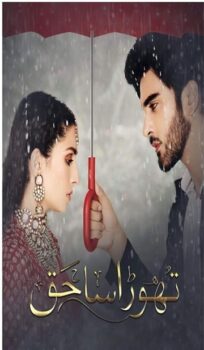 Iftikhar is the eldest brother in the family and has established a successful business. His wife Rabia has firm control over domestic matters and no one can risk opposing her. Ijaz Ahmed, the youngest brother of the family decides to marry Sajida, his love interest, going against Rabia’s will since she wants his marriage with her sister. The refusal brings death to the sister and Rabia has to go through a miscarriage.  Consequently, she develops an intense hatred for her brother in law who is the culprit in the family now. Consequently, he is alienated from the rest of his family. His elder brothers Iftikhar and Waqar, though have a soft corner for him, abandon him for causing agony to the family.

Time lapses and their progeny are young now. Hareem, the only daughter of Iftikhar is engaged to Zamin who also is the sole child of Waqar and Munazzah. On the other hand, Ijaz is the father of Seher, a simple and humble girl.

Zamin becomes a scapegoat when he has to marry Seher accidentally since her Barat does not arrive. In order to save his brother Ijaz’s life, Waqar arranges an instant Nikah of Zamin and Seher. Ijaz dies, however, leaving behind his daughter at the mercy of harsh realities. The trio conceals the Nikah from the rest of the family fearing the uproar it can bring to the family again and especially to Rabia. Seher receives a cold welcome at the family’s house and has to become a maid. All the family feels sympathy for her except Rabia who resolves to avenge her sister’s death from the poor girl.

Rabia rebukes Seher when her nephew, Rafay proposes her. She seeks a meager proposal for her. Not able to control the situation and to reveal the truth, Waqar dies in an accident. Munazzah learns about Zamin’s Nikah and hurries his marriage with Hareem to save her face. At last, the revelation creates the much-feared chaos in the family and all the family blames Seher and Zamin. To mend the loss, Seher decides to leave the house.

After marrying Hareem too, Zamin is split between two worlds where he must act vigilantly to appease the whole family. 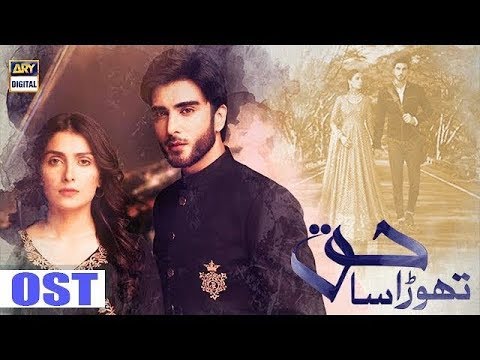