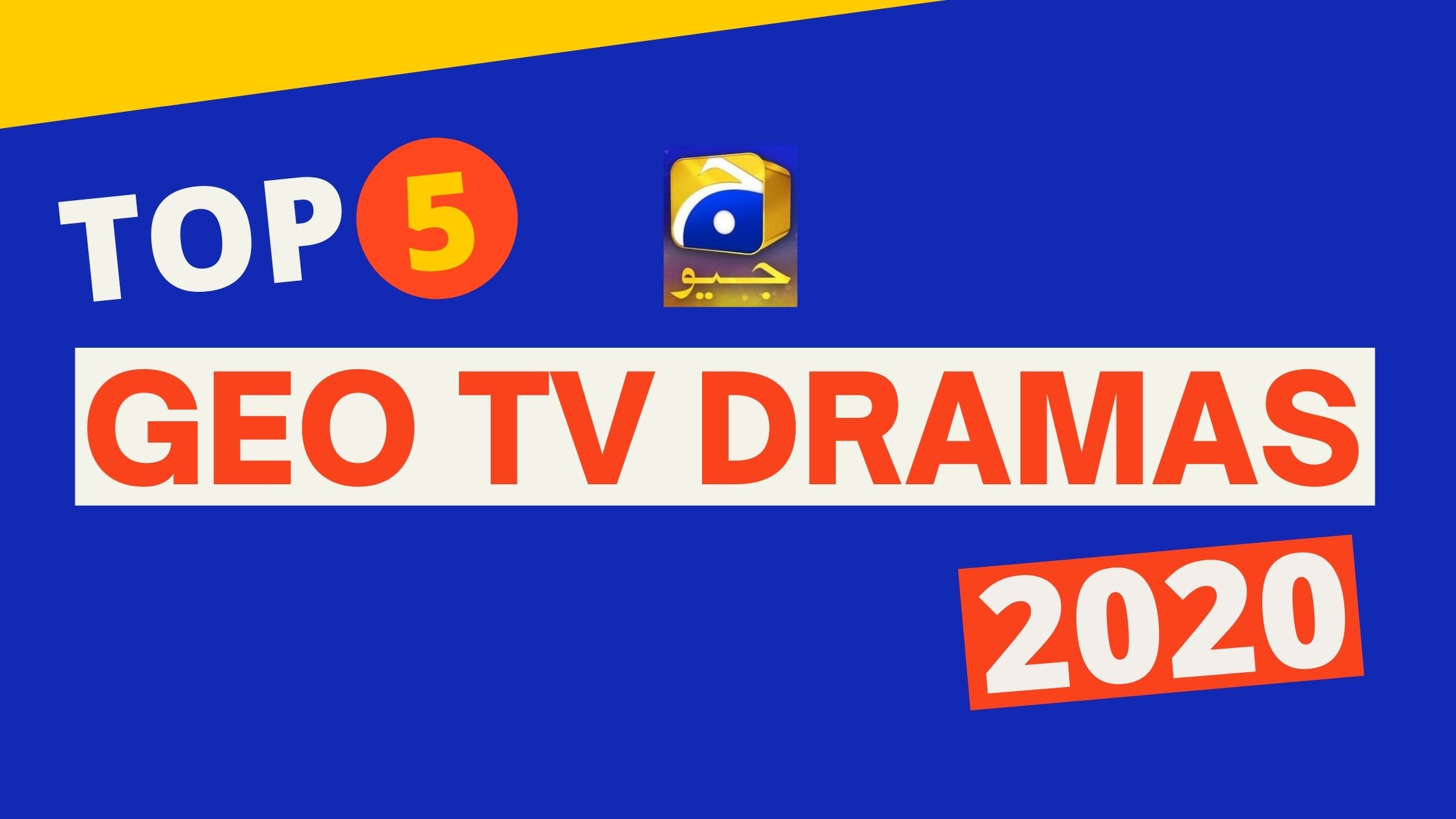 By introducing various high rated dramas, Geo TV has been successful in providing the Pakistani audiences and diaspora around the world with quality entertainment. Its dramas reveal how people misuse their powers and how society always blames the oppressed if something wrong happens to them. The saddest part of the world is that the ones who stab you are often closest to you.

Below is the list of top 5 dramas by Geo TV in 2020. The criteria for the selection of these top 5 dramas include:

The drama was released on 07-Apr-2020 and the star cast consists of Shahzad Sheikh, Yumna Zaidi, Komal Aziz Khan, Anam Tanveer, and Gohar Rasheed. The major themes of the drama are love, defiance, and jealousy.

Coming from a conservative and strict family, Mushk, becomes friends with a modern and bold girl, Sehba. She falls in love with Irtiza much to Sehba’s displeasure who seems to have developed a liking for him as well.

Sehba’s company leads Mushk to disobey her parents. Her vicious plans succeed as Mushk loses the trust of her family and lover. The journey of Mushk is not easy. Trust once lost cannot be restored. Will Mushk be able to prove her innocence and gain her family’s trust back?

The first episode of the drama came on 03-Apr-2020 after an immense hype. The ruckus was due to the first together appearance of the real-life couple of Danish Taimoor and Ayeza Khan since their marriage. While drama also featured Zainab Shabbir, and Ali Abbas. The drama is romantic as well as tragic.

The story revolves around the tragic life of the kind-hearted girl Mehru who is divorced on the first night of her marriage. It is because her husband was instigated by his cunning aunt who led him to believe the jokey conversation of Shahjahan and his friends.

Mehru is distraught when her father passes away as the society mocks his daughter. Her sole comfort is Shahjahan who always had feelings for Mehru and considers himself responsible for ruining her life. It will be interesting to see whether Mehru will find the truth and will the lovers be united?

The first episode of the drama went on air on 25-Jun-2020. The lead cast includes Adeel Chaudhry, Ahsan Khan, Hina Altaf, and Ushna Shah. The major themes of the drama are love, resistance, and choice.

Umer’s dreams are shattered when his family refuses him to marry Roshni, the girl he loves. Umer tries to mend the broken relations but to no avail. He is forced to tie a knot with his innocent cousin Maheen but is not able to leave behind his past. Little does he know about the greedy and selfish nature of Roshni who is still toying with him as well as being in a relationship with another rich guy. Somehow, she wishes to disrupt the married life of the couple.

Umer is stuck between two girls as he seems to be falling for his wife. Will Umer leave Maheen? Will Maheen be able to save her marriage from the clutches of Roshni? 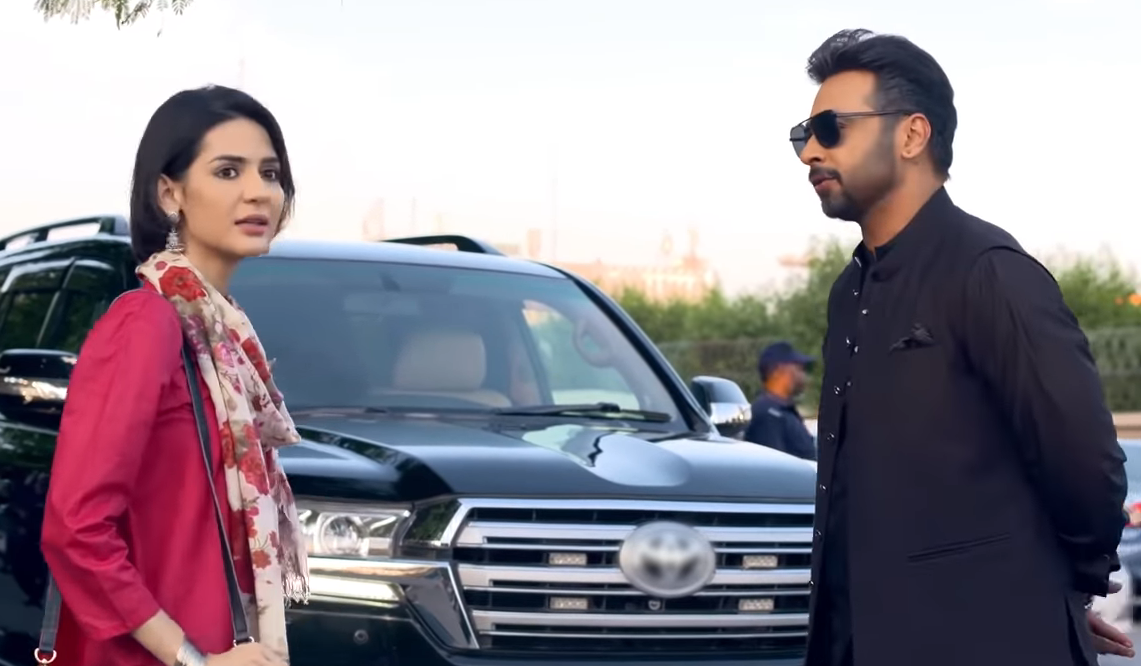 The story is about Raima, who interviewed a powerful politician, Sardar Saif. He fell in love with her at first sight. Despite being double the age of Raima, he uses his authority and influence to force her to marry him.

Raima is devastated to face the cold attitude of her former lover and family. Unable to develop any feelings for her husband who loves her like crazy, she continues to face the ruthlessness of Saif’s family. Will someone help Raima and take her out of the darkness? Or will she reciprocate Saif’s feelings and live a happy life?

Belonging to a highly influential political party, Arman marries a middle-class girl Ujala just to leave her once she gives birth to his heir. He snatches the kid to live a happy life with his second wife Sobia. Hamza, Arman’s friend who is in love with Ujala is the only person who can help her.

Finally bursting into a fit of fury, Ujala raises her voice against all atrocities and gets her child back with Hamza’s help. Arman tastes his own medicine as he is shot down to death by his political rivals and his mother surrenders to the police. Once justice prevails, Ujala hands over the baby to Hamza accepting his proposal to live together forever.

Munafiq concludes our list of top dramas of Geo TV. These dramas show how society respects and fears authoritative people while a middle-class person has to face cruelty. When tested, the relationships that appear stronger become fragile and those thought to be weak turn out the strongest ones. Life is not easy and people are not all yours! What you have to do is to keep your minds and eyes open and face harsh realities!

Now it’s your turn to please write to us as which dramas kept you sticking to the TV screens.