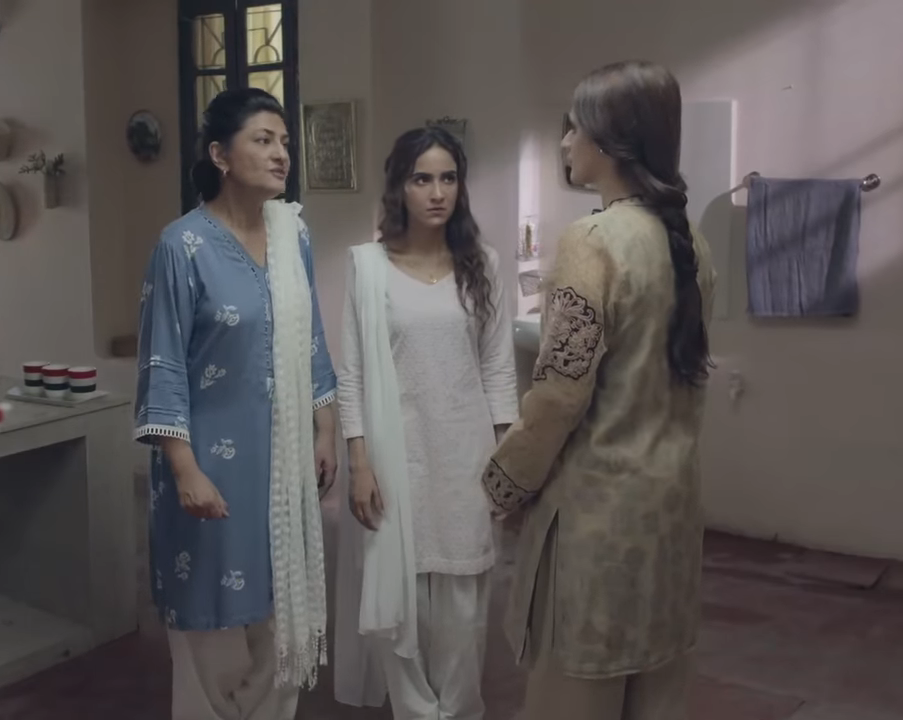 Zaitoon reacts strongly over Saad’s demands and teases her son by pretending to do the house chores herself. Her tirade against the innocent Zaira goes on as she sees every evil in her. While Maira is lethargic and is busy in her own world, Zaira tries to fulfill her domestic duties despite her ill health.

Maira’s fiancé, Irfan once again threatens to break the engagement if her family fails to find a new house. At last, the breakage of the engagement adds more misery to Zaitoon’s woes and as expected, Zaira gets the blame for the unfortunate event. Saad defends his mother and opines that Shabbir uncle could have saved this relationship if he ever wanted to. Moreover, he also blames Zaira for not playing an active role in this regard as she did not put the matter before her father. Zaira’s justifications prove futile as Zaitoon blames her of maligning Saad and plotting against her.

Samina adds fuel to the fire and spits her venom out against her sister’s family. She is literally enjoying their wretchedness. Sohail tries to apprise his brother of the real situation but Saad does not take it seriously. We learn that Sohail is having an affair with his boss.

Zaitoon’s inhuman conduct forces Zaira to clean up the house for upcoming guests. Nafeesa is restive while suspecting of some wrongdoing. She intends to meet her daughter in order to placate herself. She lands in Pakistan only to see her daughter in a miserable condition and performing house chores despite a deteriorating condition. During a medical checkup, Zaira finds herself pregnant.

While back at home, Zaitoon moans of Zaira’s behavior that why she went out without informing her. Irked by such allegations, Saad fumes at his wife when she returns. But Nafeesa admonishes him for not taking proper care of his wife. Keeping Zaira’s condition in view, she suggests the hiring of a maid but Zaitoon rejects the idea quoting her scarce resources. Saad learns the good news but now Zaira is worried due to their weak financial position. This time, Saad is optimistic that he has the capability to fulfill his responsibilities.

That concludes the story of episode 5 of ARY Digital drama ‘Ghalati‘. Please comment your opinions and suggestions.