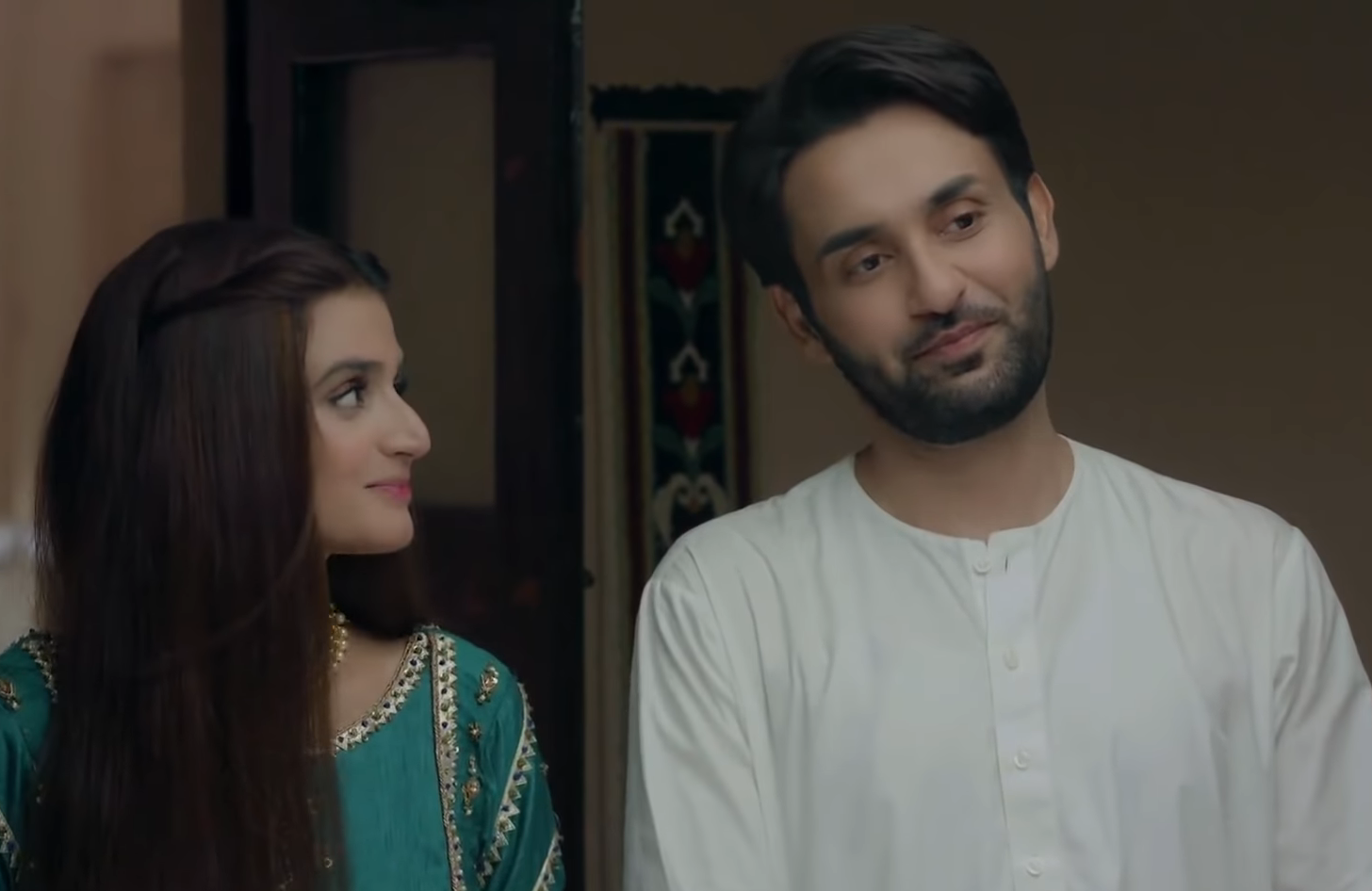 Here is the story and review of episode 3 of ARY Digital TV drama ‘Ghalati‘ which was aired on 02 Jan 2020.

Saad and Zaira start their new life in the old house. Saad wished to go abroad for the honeymoon but is helpless in the present circumstances. But Zaira is happy and both dream of good days. Zaitoon now reveals her hostility toward Zaira and starts taunting her for petty reasons.

Nafeesa is worried at Zaitoon’s fierce reaction for not gifting house on marriage. She fears bad repercussions for her daughter. Shabbir laughs at her doubts and solaces her. Being well aware of Zaitoon, Nafeesa knows that she keeps grudges in her heart.

Aliya urges her mother to exploit the new bride aptly in order to get more benefits out of her. Zaitoon, however, regrets acting upon her daughter’s previous schemes due to which they are yet to get a house. Samina is glad at her sister’s misery and disgrace Zaitoon had to face but Gurya is heart-broken.

Zaitoon degrades Zaira’s parents when they come to meet her. Shabbir offers his help to the new couple for going out on a honeymoon but Zaitoon vehemently refuses the idea. Saad protests to his mother for such coarse conduct but she is resolute in her evil schemes. Saad later apologizes to Zaira for not being able to arrange a honeymoon but she conforms to the situation and utters no complain. She is more concerned about his job and wishes him well.

Zaitoon orders the new bride to take charge of house responsibilities immediately. Maira’s mother-in-law comes to congratulate Zaira on her marriage. She praises her beauty and manners and suspects her poor condition since Zaira was all day busy in the kitchen. Like Zaitoon, she too prefers material gains and status. Now seeing Zaitoon’s family in such misery she rethinks marrying her son; Irfan to Maira. When back home, she acknowledges her son of the low status of his in-laws and hints at an end to his engagement relationship. Consequently, Ifran puts his mother’s reservations in front of Maira. He maintains that the fate of their marriage is subjected to shifting to a new house.

Maira threatens of bad consequences to her mother in such a case. Zaitoon then exploits this opportunity in front of Zaira so that she should ask her father to buy them a house. Zaira, however, gets rebuke before she starts explaining her father’s position. Zaitoon rages that Shabbir has enough resources for his daughter’s marriage and honeymoon but is short of money when it comes to Maira. She now resolves to follow her own path and complains Zaira’s conduct to Saad who too follows his mother’s idea that Shabbir uncle himself is still living lavishly.

Then there is aunty Samina to add more misery to Zaira’s woes. She praises her sister for having firm control over her daughter-in-law and domestic matters. Likewise, Aliya’s mother-in-law is happy that Zaitoon fell apart and is back to her real place at which Aliya confronts her.

Saad returns from office and is dejected for the shame he faced at the office. He wants to resign from his job now but Zaira soothes him. The next morning, Maira’s mischief results in Zaira’s humiliation as she gets the blame of spoiling Zaitoon’s dress. Sohail tries to defend Zaira but Zaitoon scolds him badly. Zaira is anguished to see all this.

Nafeesa’s fears come true as Zaira gets a harsh treatment at her in-laws. Zaitoon, as well as Maira and Aliya too, are avenging her. Both sisters have their own insecurities. Both along with their mother want to establish an esteemed status at the expense of Shabbir. Sohail’s protest has no effect and though a prudent character in the family, he has no say in domestic matters.

Zaira puts all her dreams aside and tries to adjust in the difficult scenario but little does she know that her sacrifices will bear no fruit until she manages a new house. On the other hand, Saad finds himself in a difficult position at the office. He is not familiar with such adversaries that’s why he resolves to leave the job. But there is his wife to stand by him in his hard time.

That concludes our review of episode 3 of ARY Digital drama ‘Ghalati‘. Please comment your opinions and suggestions.