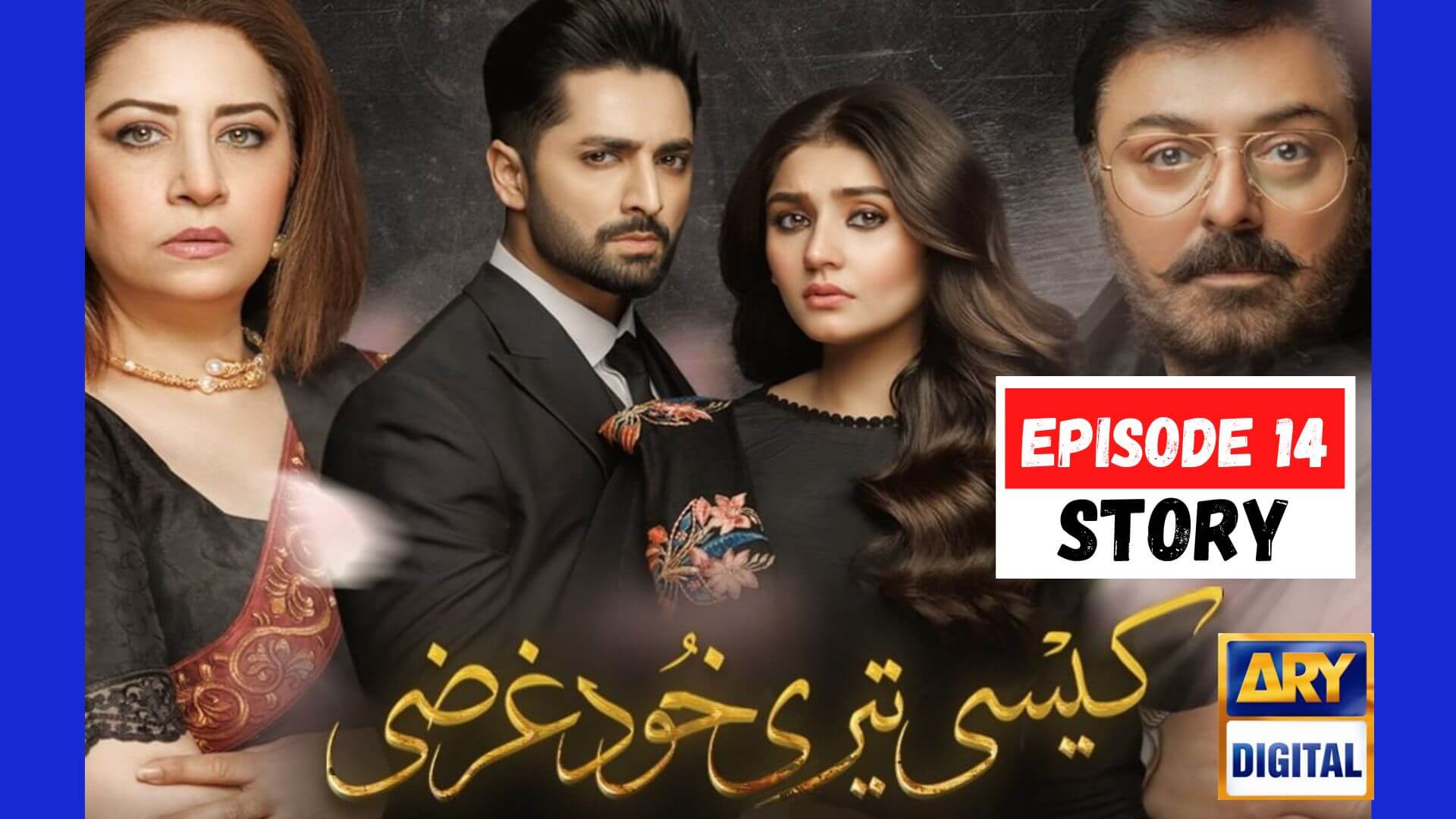 Below is the story of episode 14 of the drama ‘Kaisi Teri Khudgharzi‘ that was aired on 10 Aug 2022.

Mehak clarifies to Shamsher that though he is able to fulfill his contumacy, he will never make a place in her heart. Shamsher vows to go to all limits to transform her hatred into love. He then informs his father that he will return home soon with a surprise.

His return along with Mehak stuns as well as baffles his parents as he reveals his marriage with Mehak. Seeing Dilawer’s rage, his wife suggests him to accept Mehak as his daughter-in-law but to no avail. Dilawer summons the coroner who confirmed Mehak’s death and punishes him for his treachery. Farwa fumes with anger at the revelation and demands Dilawer oust Mehak from the house as she cannot tolerate sharing her status with a middle-class girl.