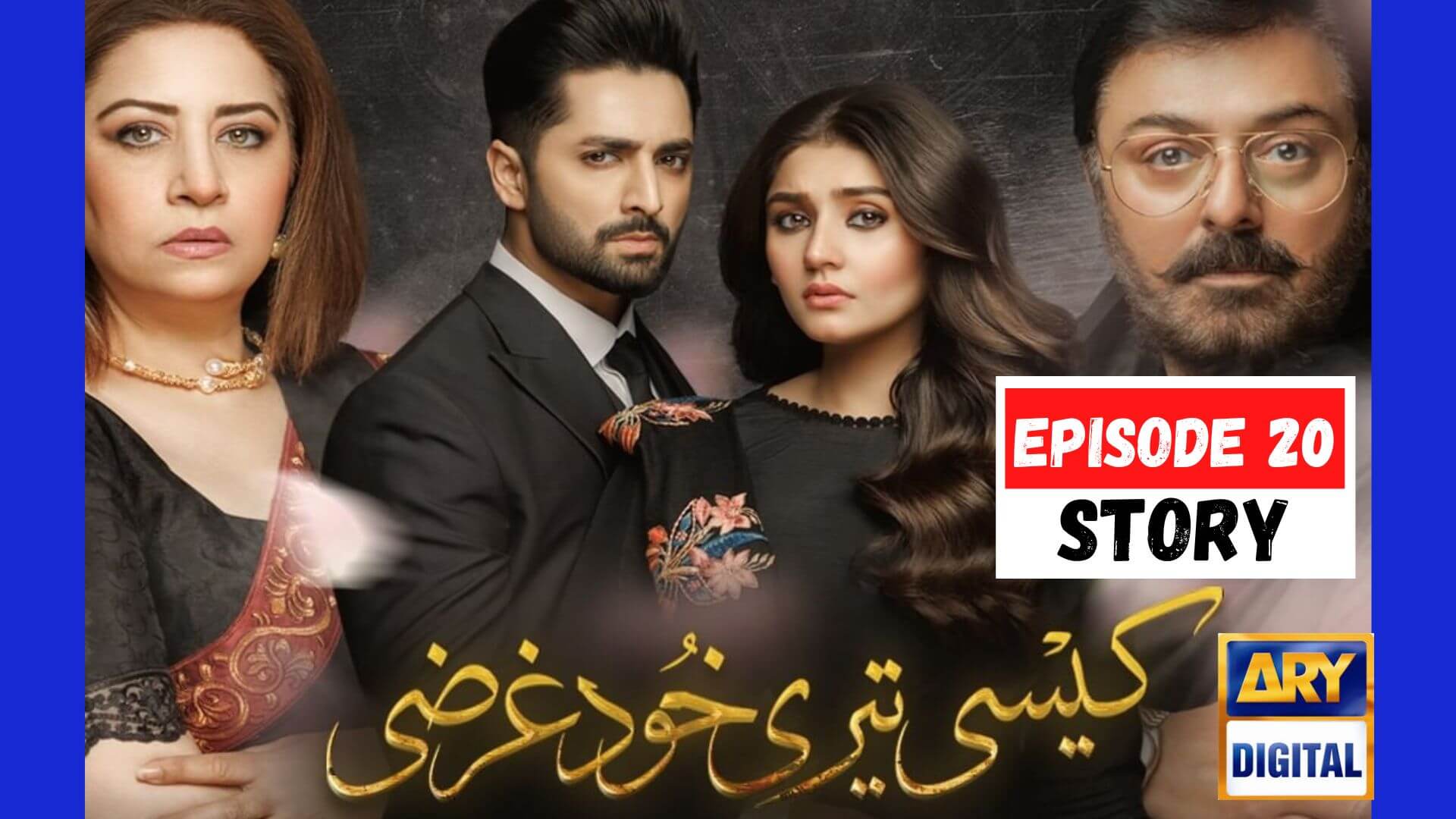 Below is the story of episode 20 of the drama ‘Kaisi Teri Khudgharzi‘ that was aired on 14 September 2022 on ARY Digital TV.

After Dilawer’s truth unravels, Mehak boils with anger and slates Shamsher for his family’s exploitation of power. She leaves the station without informing him anything. Shamsher goes to her parent’s house but does not find Mehak there. She then returns and berates her mother-in-law for keeping up with her husband who is a beast. Shamsher warns Tara that he will not spare their father if Sheru’s claims turn out to be true. He blackmails his mother with his life to reveal the truth and confirms that Dilawer attempted Mehak’s murder.

Nida faces rejection from a family when they find out about Mehak’s tainted background. She feels heartbroken and starts blaming Mehak for the humiliation. Ahsan goes against his mother’s wishes and decides to marry Nida to save the family from drowning in despair. Mehak fuels Shamsher’s anger by calling him a weak man who can’t take a stand in front of his father.