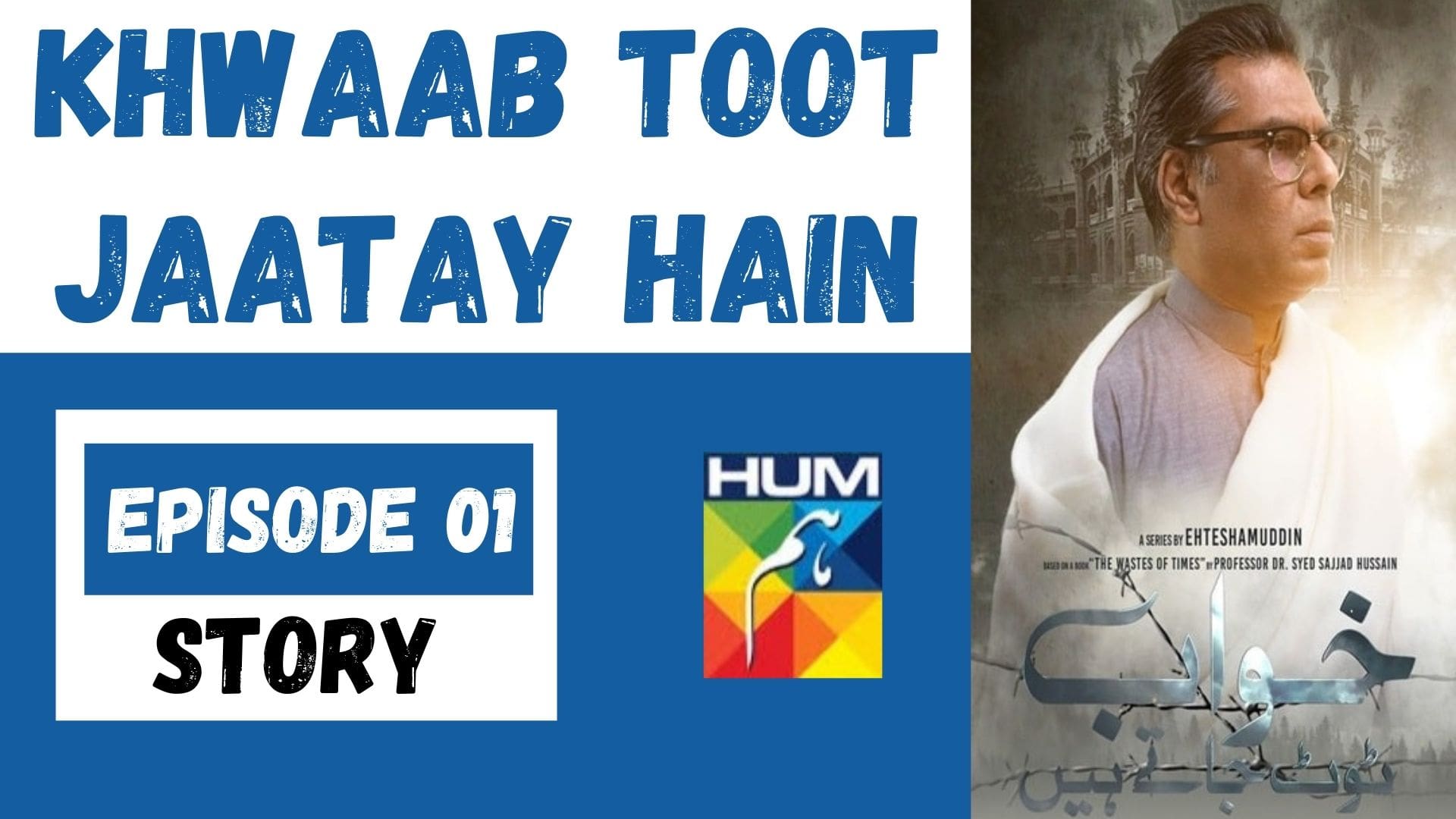 Below is the episode 1 story of the drama ‘Khwaab Toot Jaatay Hain‘ that was aired on 27 December 2021.

The Bengali students are brainwashed into anti-non-Bengali terrorists who wouldn’t shy away from harming and bullying their fellow students to promote their cause. Sajjad himself is of the opinion that no matter what injustice has been done, it’s never enough for one to replace the books in the hands of students with guns. He considers it a family matter between the Muslims of the same nation which shouldn’t invite their everlasting enemy, India.

The story progresses in a past and future manner as we’re shown the struggles of war and the end results at the same time. During his final years, Sajjad is imprisoned for having been unsupportive of the Bengalis’ cause of independence during the previous war.