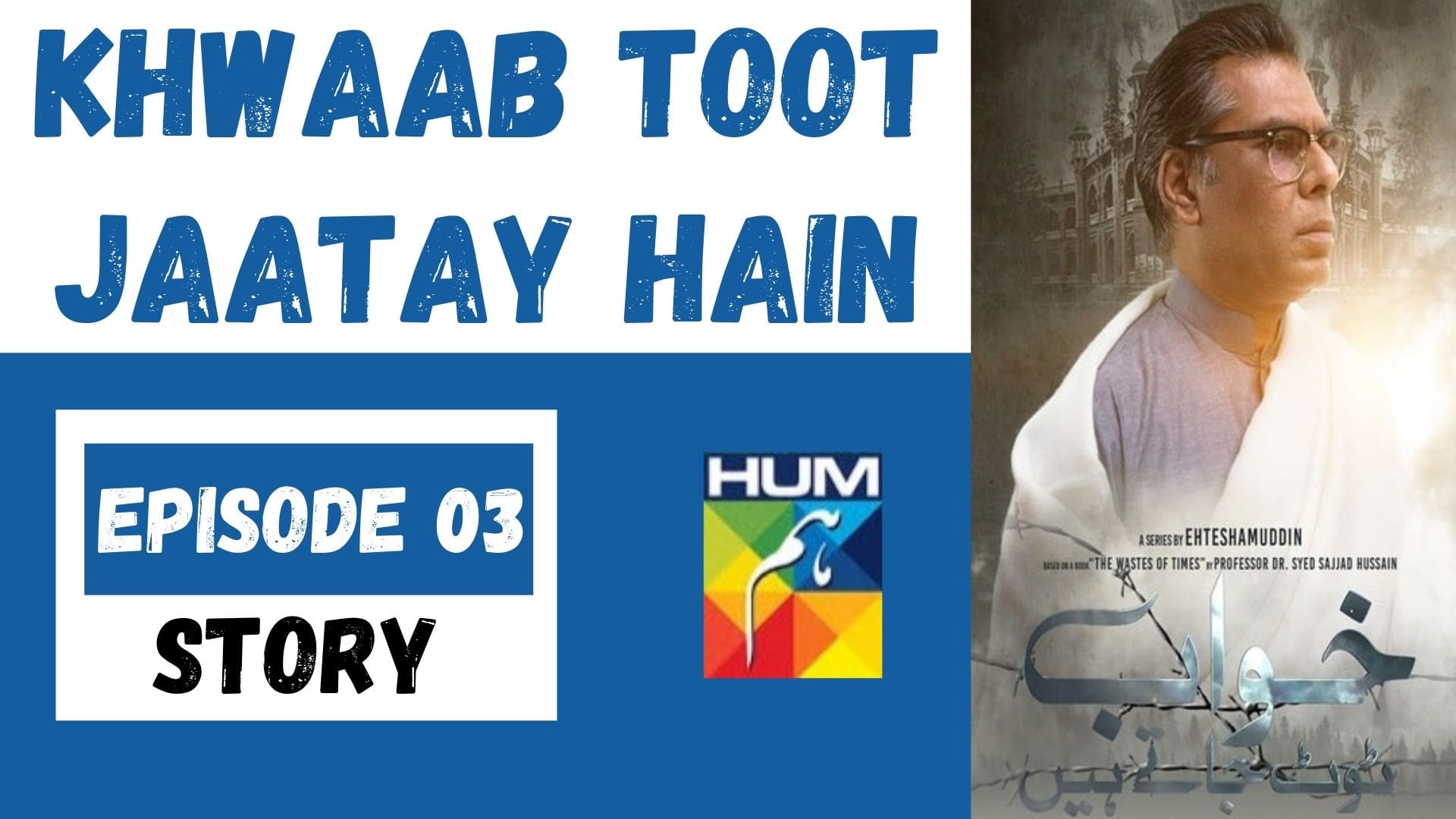 Below is the episode 3 story of the drama ‘Khwaab Toot Jaatay Hain‘ that was aired on 10th January 2022.

A neighborhood woman insults Sajjad’s daughters at school for being the offspring of a traitor. Later, that woman apologizes to their mother for her rude behavior.

The enemy has infiltrated media companies throughout the country and blocked any sensitive news regarding India and Bengali public’s wrongdoings. A subordinate at the university wants Sajjad’s signatures on a list that the list involves names of the troublesome students who disrupt peace within the university. Sajjad is infuriated and refuses to leak university intel to others.

In the future, Sajjad is visited by his family members in jail. Sajjad uses the money given by his wife to buy a register of blank pages for his writings. Back to the present, the remaining female students within the hostel request Sajjad to relocate them to somewhere safe. Major Mumtaz arrives at that moment and suggests him to relocate as well. He’s of the opinion that a war between Bengal and Pakistan is imminent, with India supporting the Bengalis.

Shortly after his relocation, an aircraft crashes next to his office at the university. Some time later, the Bengalis break into his house. Taken into captivity, Sajjad is horribly tortured and later prepared for a court meeting.