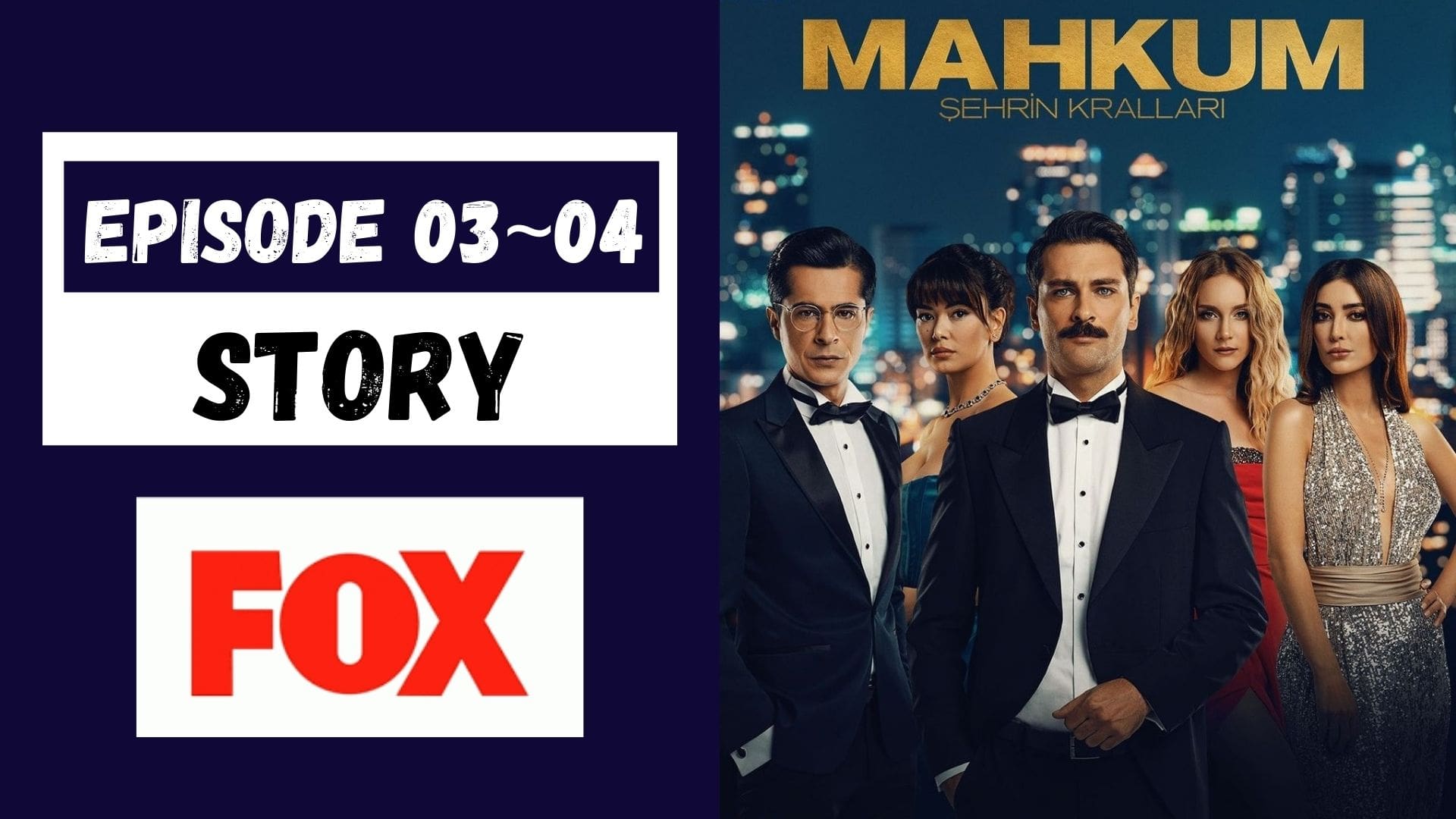 Five months ago, Büge recalls how Barış got her off the flight through his connections and brought her back home. He threatens her not to waste her time in such stupid endeavors again. Büge’s son interrupts them and Barış switches to smiling daddy mode. He complains to the police head for Fırat being a pain in the ass for so long. Later when they’re both alone, Barış admits his real identity put loud. Fırat records it with a pen in his pocket. In the present, Cemre comes to Fırat and claims how she still believes him to be innocent. Fırat refutes her and so they argue over that. It’s Barış’s mother’s birthday and she complains about her other son Savaş’s absence. Barış is reminded of times when his brother would be the one looking for him on their mother’s birthday. Later, his father reminds him of the upcoming epee-fencing game. Savaş used to sponsor the game and now Barış has to do the same to save his identity. Sasha trains Barış in fencing.

Bekir interrogates Fırat about his daughter’s burial place. Cemre is convinced that Fırat isn’t the murderer since he’s a left-handed person while the murder was done through the right hand. She expresses her speculation to Fırat’s brother, Tahir. Tahir visits Fırat in jail t get his signs on some documents but he refuses. Sasha secretly guides Barış during the fencing match. His performance is still average and his father halts the match in the end. His previous competitor congratulates him for dueling well. Barış crushes the guy’s hand and then walks away. Fırat deliberately messes with a couple of prisoners and beats them up. He’s taken to the darkroom where he discovers a few characters written on the wall. Next to him is Hacı. He questions what’s written on Hacı’s side but the sleazy old guy keeps talking nonsense. Both of them are taken out again but Hacı still refuses to open his mouth. Bekir is scolded by his superior for taking Fırat out early. The police warden deliberately makes trouble by sending Fırat back to the darkroom with a lame excuse. The warden hands over an apparently very important diary to Barış. Fırat sketches words on the hard floor. Later, he’s taken to his first court hearing. His brother acts against him as one of the judges in charge. Fırat goes crazy and is taken away.

Büge recalls an envelope handed to her for safekeeping by her late husband before his death. She relocates the envelope when nobody’s watching. Cemre asks whether Fırat remembers anything from the night of the murder. All he can recall is hearing the doorbell ringing twice in a row. She promises to help him no matter what. Fırat is taken to meet his brother. Cemre arrives there as well which irritates his brother. Fırat recounts the memory of the doorbell ringing twice. His brother seems a bit anxious while Fırat and Cemre observe him closely. Büge and Barış are about to talk in a live broadcast. Büge intends to reveal Barış’s true identity but her son barges in and she stops. Fırat becomes a bit suspicious of his brother. Barış comes across Savaş’s old girlfriend while taking the elevator. They talk a bit and then start kissing each other.

Cemre shows photos of his family to Fırat. Later, she presents him with photos of a few people. Fırat becomes thoughtful after seeing Barış in one of the photos. Later he requests Hacı to tell him what was carved in the darkroom but to no avail. Savaş’s grilfriend, Ferda tells Barış that she misses him. He rejects her with a couple of excuses. He then instructs Sasha to look into Savaş’s relationship with Ferda. Tahir tries his best to cover the fact that it was him who met Fırat’s wife Zeynep on the day of the murder. He and Cemre get into a heated argument as she further investigates the case. Tahir recalls how he recorded his message for Nazlı on her birthday in a shark-shaped toy. The toy is now in police custody. Cemre has a chat with Fırat’s friend Zafar for a while. Later, he tears apart the card she gave him. Barış is suspicious of Ferda’s motives but he cares little as he ain’t really Savaş.

Zeynep’s mother comes to visit Fırat in jail and hands over a blade to him. Fırat successfully smuggles the blade back to his cell by hiding it in his mouth. He later hands over the blade to Hacı for carving the floor. Tahir allows Fırat to head to his home. Fırat is reminded of times spent with his daughter when wandering around the house. He later recalls the video recorder he found near Zeynep’s dead body. He tries to locate the memory card but fails. Tahir forcefully takes him away. Cemre later sneaks back into the house and finally discovers the memory card in the aquarium. She produces the memory card in court. In the video, the shoes of the killer can be seen which don’t match any in Fırat’s collection. Tahir refutes the evidence and replaces it with another video which was taken when he first had a conversation with his brother after the murders. In the video, Fırat admits to being the murderer. Tahir later throws away his shoes as his were the ones shown in the video. Zafar is helping Cemre investigate the case. Sasha smashes his car with a truck and takes away the documents in his hand. Barış spends the night with Ferda who becomes suspicious after discovering scars at his chest. Such scars couldn’t be found on Savaş’s body.