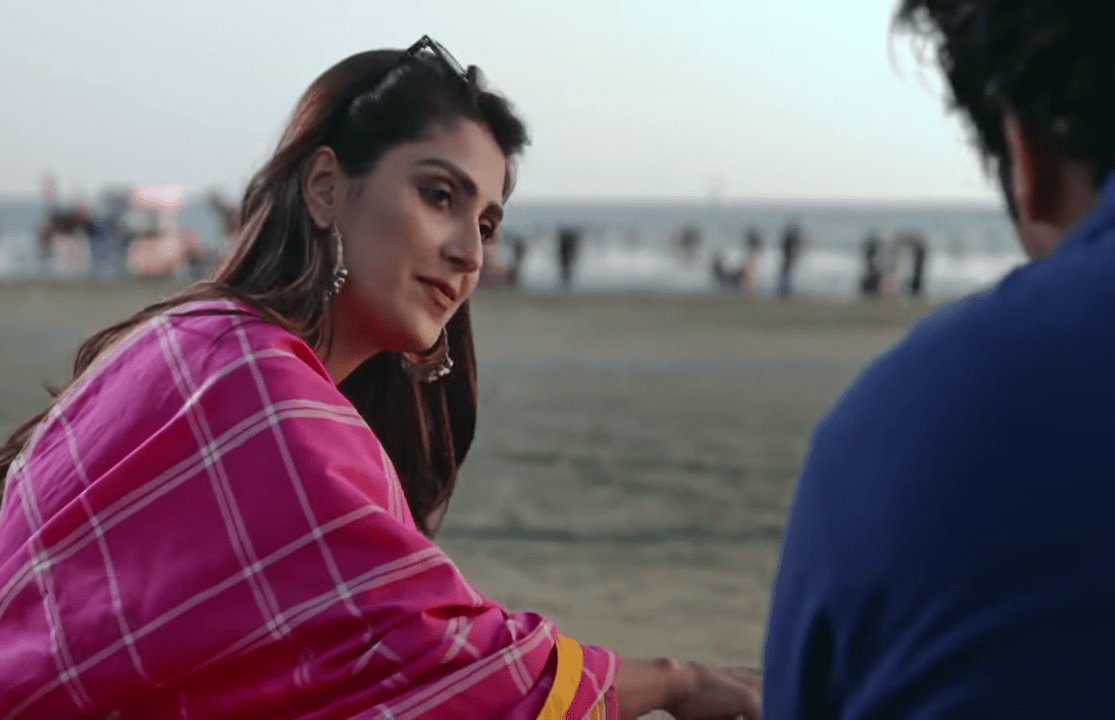 Don’t worry if you missed out episode 1 of drama ‘Mere Paas Tum Ho’ which was aired on ARY Digital TV. Here we are, to make it simple for you. In the coming lines, I am going to present a lucid and crystal clear view of all the happenings of ‘Mere Paas Tum Ho’ episode 1.

Story of the dramas ‘Mere Paas Tum Ho’ revolves around a couple, Danish and Mehwish, who struggle for financial independence. Danish being content with his present life, is contrasted with his wife who vies for materialistic pleasures.

The protagonist of the play is having a happy life with his short family: his beautiful wife Mehwish and a baby boy named Roomi. Danish is an honest government officer and due to an honest upbringing by his father, he does not accept any bribe. While on the other hand, he is struggling for economic independence. Mehwish is a girl who lives in dream world and aspires for a luxurious life. She often dreams of fulfilling her wishes, such as a big house, a good car, and a maid servant. Danish loves Mehwish very much and despite economic troubles considers himself the richest man due to her beautiful wife.

At the end of the week, the family goes for a picnic, where everyone had a lot of fun. Returning home, his wife wishes to buy an expensive necklace one day. At night, Mehwish again wishes to buy that precious necklace which Danish is unable to buy in present circumstances. His helplessness in this situation saddens Danish. A conflict erupts in his mind between honesty and corruption in which the later wins and he considers accepting bribe in order to fulfill his wife’s desires.

Anoushy, Mehwish’s friend, comes to invite Mehwish to his brother’s wedding. Anoushy belongs to a rich family and her lavish lifestyle impresses Mehwish so she wants a similar one for herself. In their conversation, Anoushy encourages Mehwish to enroll Roomi in a good school like her daughter Meerab. Indeed he is unable to go to school due to his parents’ financial restraints.

Now it has become inevitable for Mehwish to get that necklace in order to attend the marriage. Danish assures his wife that he has arranged for the money and will buy her three wedding dresses as well as a surprise. He also plans to buy a car one day.

His plan of becoming rich fades when he arrives at office the next day, where Anti-corruption force arrests his boss on corruption charges. With this situation, he gives up the thought of signing the file for which he had decided to accept bribe. Mehwish, on the other hand, keeps on waiting. On returning home in the evening, she rages at her husband and does not give up on her wish even after knowing all the truth. In these difficult times, Danish has no friend from which he could borrow money.

The next day, Danish is surprised to find his boss again in the office. Boss informs him that he has got bail due to monetary power. Danish discusses his problem with boss who again offers him two lakhs in exchange for signing the file.

It looks to be a simple yet catchy story. It will be interesting to see what will be the consequences for Danish once he parts his ways from honesty. We see how economic troubles can manipulate and transform a simple man’s thoughts and ideas.

The scene when Danish is out for food gives us a deeper insight into his mind. A war is going on between the good and the bad. He is also affected by societal behavior where the rich is regarded and the poor is doomed. Moreover, the conversation between Danish and the man who offers him bribe is also forceful. It is an argument of truth and deceit and we see how materialistic desires overcome the principles of integrity and honesty.