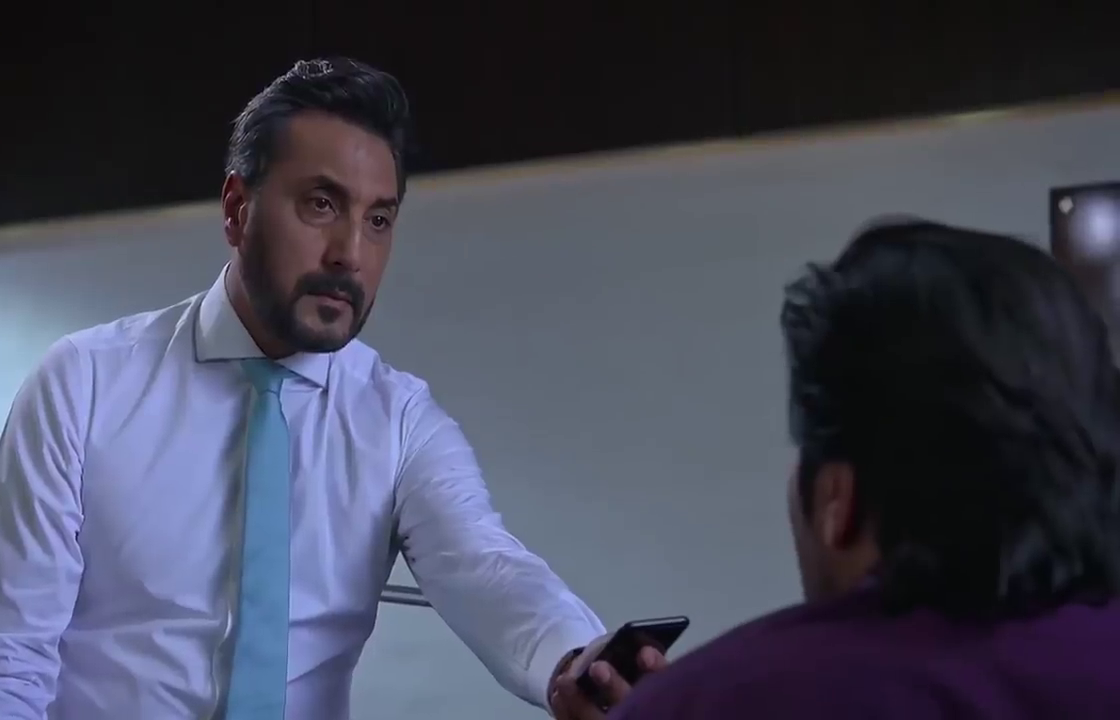 The episode 11 of Ary Digital TV drama ‘Mere Paas Tum Ho’ was the best episode up till now. It offered a great modern tragedy coupled with the brilliant acting performances. Humayun Saeed seemed at the height of his acting in this episode. The most feared misfortune has come at last and the drama has reached its climax. In the coming lines, I am going to recap and review the story of episode 11 of the drama.

Mehwish decides to bid adieu her caring husband and chooses Shewaar over him in her pursuit of a luxurious lifestyle. Upset Danish seems to surrender before the circumstances.

Danish arranges a loan of 80,000 rupees from his colleague Mateen Sahb and leaves for Shewaar’s office to return all the money Mehwish got from him. Shewaar waits for his arrival in his office since Mehwish has told him about all the reality. She is nervous about the upcoming storm while Shewaar poses calm. Danish arrives in the office where Shewaar keeps him waiting in order to keep him in his limits.

In the meantime, Shewaar calls Mehwish and resolves that Danish will divorce her after the meeting so she should get ready to leave that house. She fears that her husband will not give up so easily and wishes her wealthy patron good luck.

Both men meet where Shewaar exhibits a friendly behavior initially. Danish returns 5 lakh rupees and necklace terming the latter as a nuisance for his peaceful life. He expresses his concern about the breakage of his family life and requests Shewaar to accept these things so that the family could live in peace. In reply, Shewaar demands Mehwish’s divorce instead which Danish at first takes lightly considering it a joke. Shewaar insists that Mehwish no longer wants to live in poverty now. She has forgotten all the realities and dreams and now only cares for him.

To prove his claim, he shows Mehwish’s pictures on his phone, which were captured in the Islamabad hotel. Shocked to see her in a nightdress, Danish still defends his wife and blames Shewaar for his mean tactics employed with the help of money. The wealthy man offers 50 million rupees in return for divorce, a temptation which Danish rejects. Shewaar had cunningly recorded his conversation with Mehwish which took place just before Danish’s arrival when he was waiting outside. Now, it is the time to reveal the phone recording which inflicts more misery upon the pitiable man.

A flashback later reveals the remaining part of the scene. After recording ends, Danish admires the voice of her wife. He then recalls his first meeting with her in university where he got attracted to her due to her melodic voice. Now, he is in shock about the sorrowful deception he has received. After that, he laments his inability to provide her the luxuries of life and begins to cry. Enduring the insufferable pain he decides to let her go and informs Shewaar about his verdict.

On his way home, he collides with a vehicle hurting him. At home, he asks Roomi to sleep early. He wants Mehwish to leave after the kid has slept so he would not be disturbed. He tells Mehwish that he has known the bitter truth. All he wanted was to keep her happy. Since she is happy with Shewaar that’s why he has accepted his defeat. She proposes to lie to Roomi that she is abroad. Danish is shattered to notice her reaction and apathy. Though Roomi sleeps but Danish requests Mehwish to go tomorrow so that he could prepare himself for the upcoming storm and get more time. He informs Shewaar and asks for his permission.

Mehwish suspects of a deal, that’s why Danish is letting her go so easily and unopposed. He explains he needs no money since it will not bring back his lost happiness. Moreover, he never preferred his wishes over her. She taunts him for his conservative thoughts. At night, Shewaar informs Mehwish about the happenings of the day and wonders the character of Danish.

Humayun Saeed deserves full acclaim for the brilliant performance and giving his character a whole new shape. He has transformed from a loving husband to a broken soul who has lost the most precious gift of his life.

Once again he is overwhelmed by Shewaar’s personality and his arguments. Though initially, he was furious at him but then gives up hope when he learns the reality of his wife. Danish is loving enough that he still admires her voice and is content to see her happy. He has control over his anger and is polite and respectful. Similarly, he has understood that stopping Mehwish will be insane now.

Emotionally shattered after the painful meeting, he hurts himself physically too. For instance, he is not irritated by the wound but is broken inside. It is ironic that his wife is more concerned about his physical wounds than the internal one.

Above all, Mehwish was prepared for the offer as she shows no surprise over divorce demand. She is more ready than Shewaar for the end of unsuited relation. Unlike her husband, she has little concern for her son and hopes he will normalize after some time without serious consequences.

(min:sec 09:57) The confrontation between Danish and Shewaar is the climax of the episode as both men argue to win over Mehwish. How Shewaar tackles the angry man and trounces him is worth seeing.

(min:sec 24:52) Danish’s revelation that he has known his wife’s deceit is heartbreaking. The scene depicts the immense love Danish has for his wife. Despite all the disaster, he still worries about her happiness.

(min:sec 35:10) The scene in which Mehwish doubts her husband of accepting money depicts her mentality. She thinks Danish has made a deal in return for the divorce that’s why he is in such a hurry. The argument between both is bitter where Mehwish taunts her husband and seems to forget all his previous favors.

In conclusion, as expected, Mehwish has opted for a lavish life for herself leaving her adoring husband and innocent child back in their lives. We are keen to know what will be the attitude of Shewaar now. Will he continue to cherish her? Likewise, we can expect a comeback from Shewaar’s wife. Moreover, the wait for the entry of Hira Mani has exceeded its limit since circumstances have arrived at a suitable point for her entry into the drama.