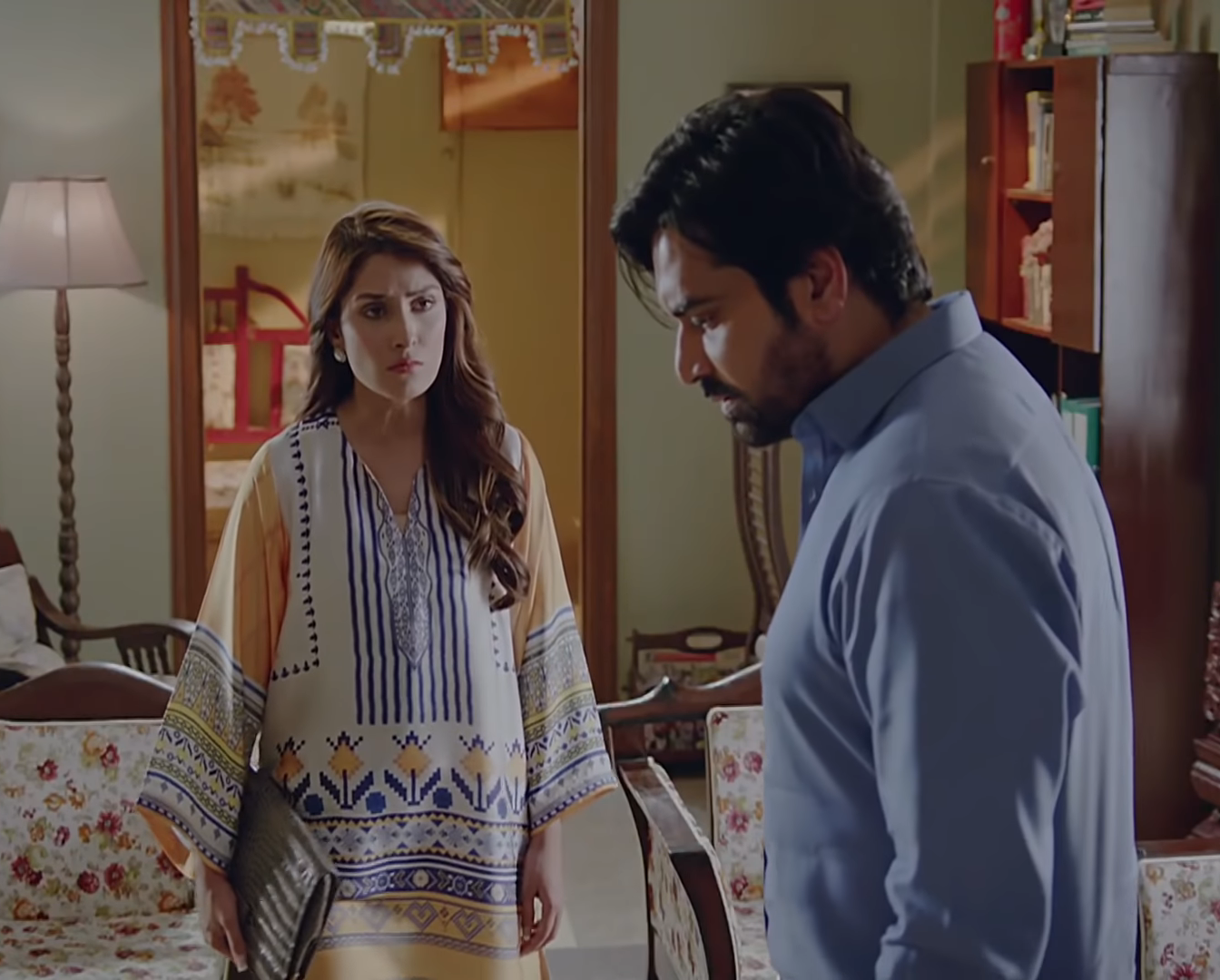 The story has shifted from Danish-Mehwish-Shewaar trio to a battle for Roomi. New characters are appearing with the passage of every episode. We get more detail about Hania and how she familiarizes with Danish after reading her late father’s diary. Let us start the review of episode 14 of ARY Digital drama ‘Mere Paas Tum Ho’.

Danish and Hania get an introduction to each other. Mehwish finds it difficult to meet her son and resolves to turn to the court.

Danish laments the loss of losing his true friend whose memories sadden him. The flat agent meets Danish and wonders why Danish did not pick his phone call, a mystery later to be revealed. Both discuss the possible sale of the flat. The agent informs Danish that he will have to shift elsewhere instantly upon receiving the payment.

Mehwish gets Shewaar’s nod for bringing her son to the new house. However, Shewaar refuses to call his old friend and terms him base and ignoble. He has no objection as far as Roomi behaves well. He is more concerned about the child’s behavior towards him.

It is revealed that mobile phone sets of Danish and Mateen Sb got interchanged during funeral procession owing to their similarity. Danish has got Mateen Sb’s phone while his one has left at the dead man’s house. Mehwish calls Danish which is then received by Hania. Surprised Mehwish first surprised at a female voice asks for Danish but Hania chides her for the misbehavior. Then, Hania picks up the agent’s call and becomes aware of the reality.

Danish too finds the truth about the replaced phone and thinks of going to Hania to get his own phone. Mehwish arrives in his absence only to find no one at home. She learns that Danish has not revealed his divorce. She informs Shewaar about the situation who opines that Danish is trying to tease her and is blackmailing her. He advises her to send him a legal notice for the purpose.

Danish and Hania become sad remembering Mateen sb. Hania complains about the reckless behavior of Roomi’s mother and wishes to meet the mean woman one day who did cheat her own son.

Danish returns and finds Mehwish in the street amid neighbors’ suspicions. Mehwish is infuriated to know about Danish’s decision of sending Roomi to a boarding school and demands that she will keep her son on the weekend days. Danish’s objection to her demand enrages Mehwish and she threatens to go to court. She intimidates her ex-husband that he will be unable to bear the legal expenses.

Danish meets a lawyer to discuss the problem that portrays a dark picture before him of the consequences of legal proceedings. The lawyer opines that Danish will be unable to compete with the powerful lawyers of Shewaar who will malign his own position. The child will be affected too. He advises him to adopt a rational way instead. He should allow the son to meet his mother at weekends because Shewaar will not bear it very long. First angry at the idea, Danish begins to reconsider his options though.

On the other hand, Shewaar has reneged from his resolve to fight in court. He indicates that he has no time for such trivial matters. Moreover, he does not want Roomi to destroy the new couple’s beautiful weekends. He makes it clear to Mehwish that he wants her only as a lover and not as a mother. At last, Mehwish is convinced to meet her son in the school. She reaches school but Roomi escapes after seeing her. She meets the principal and wishes to take the child out. The principal demands a permission letter from the child’s father or a court letter otherwise she will not be able to take the child out.

The drama has gathered a suitable pace where some unnecessary events are excluded from the script. In the previous episode, events aftermath of divorce were skipped and drama started after elapse of a few months. In this episode too, the funeral scene of Mateen’s Sb is excluded and the episode starts when the storm has pacified for Hania.

Shewaar hypocrisy is more exposed when he regards Danish as mean and inferior. Though he used to term Danish a great man previously but all pretention was to fulfill his malicious designs.

Like I mentioned in the review of the previous episode, a significant change has appeared in Danish’s personality. He screams at his ex-wife and orders her to get out. She is wondered to observe his behavior.

(min:sec 24:45) Mehwish’s confrontation with his ex-husband and her intimidation of court proceedings is the scene that sets the tone for future episodes and needs to grab your attention.

The principal’s denial of letting Roomi out with her mother will result in invigorating Mehwish’s stance of approaching the court. Let’s wait and see what this drama has more to offer to its eager audience.