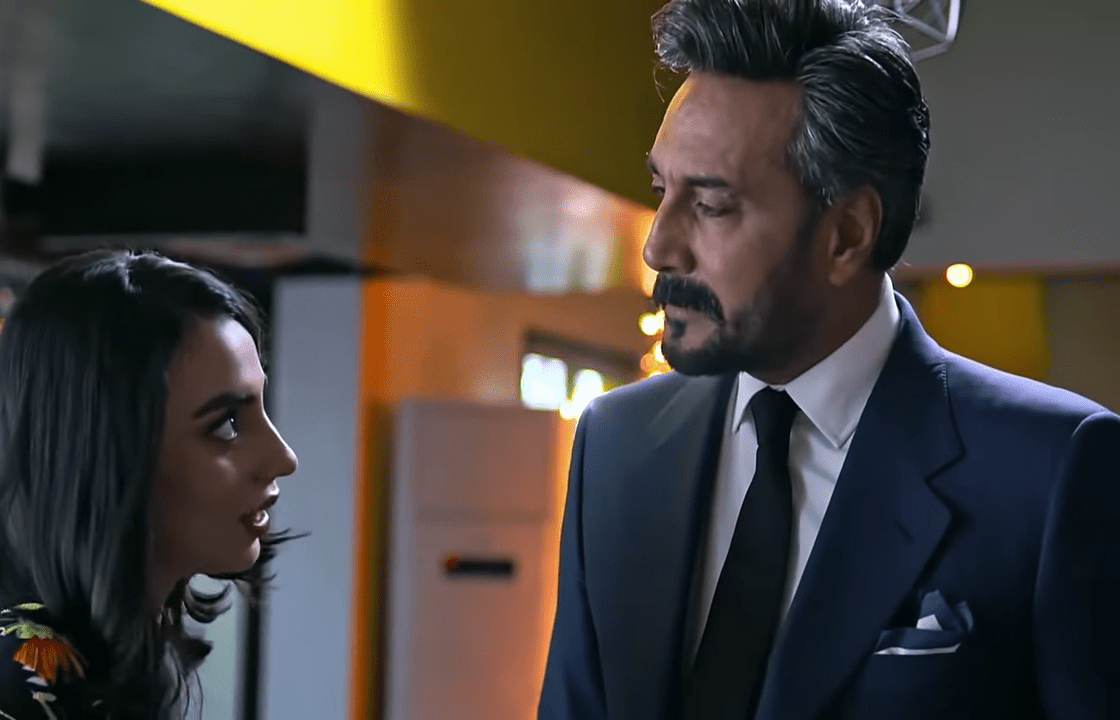 Here we come to ‘Mere Paas Tum Ho’ episode 2. Once Danish is at the verge to change his fortune by unfair means. Let’s see how the plot unfolds in this episode.

Roomi is eager to go to school but Mehwish does not want to compromise on some mediocre school. Instead, she has other plans for him: to educate him in the best institute. Monty, couple’s neighbor whom Danish thinks of buying car in previous episode, comes and calls himself Danish’s friend. He is inspired by Mehwish’s beauty and praises her.

After that, Anoushy calls Mehwish and proposes for going to shopping. Mehwish is reluctant to go due to her little kid but then goes without informing Danish. He comes back early only to find no one at home. Indeed, he wanted to surprise Mehwish with the necklace gift which he had just bought. Passing by Monty then informs him of Mehwish’s where about.

At bazaar, Mehwish amazes at Anoushy’s expensive shopping. Arriving at the same necklace shop, she is again tempted to buy the very same necklace. She borrows money from Anoushy and buys the necklace. There, both ladies encounter a new character name Shewaar, who is Aamir’s (Anoushy’s brother) boss. He is happy to meet a beautiful woman like Mehwish and indirectly admires her by praising Roomi. Anoushy Invites him to her brother’s wedding which Shewaar accepts.

After he leaves, Anoushy reveals the family life of Shewaar which is not very pleasant. His wife is a skeptical woman and once fed up with strained relationships, moved to her parents to the United States. She now spends most of the year in the US and some in Pakistan.

On returning home, Mehwish tells Danish about eighty thousand rupees loan which she had taken to buy necklace on which he expresses dislike. At night, Mehwish consoles Danish that she will save Rs 10,000 each month and will able to return the loan in eight months. Danish smiles at Mehwish’s words and expresses his love for her. Moreover, he does not want his wife to be ashamed in front of her friend for money. Though, he does not mention that he also had bought the necklace instead surprises his wife by giving her the rest of the money taken from his office. On her inquiry, he confesses his dishonesty. The next morning, the loan again causes a stir between two and Danish again insists to return money to Anoushy.

Danish is offered more bribe in office in form of of one lakh rupees. His boss asks him to sign another file which he accepts. He asks Mehwish to open a bank account at which she expresses surprise. The couple meets Shewaar at wedding. Danish criticizes Shewaar for drinking alcohol and dancing with Anoushy while Mehwish mutes her husband for speaking like this.

To Anoushy, Shewaar expresses his desire of dancing with Mehwish. She informs him of Danish’s conservatism. Finding Mehwish alone, Shewaar invites her to dance with him however she politely refuses. As a result, Shewaar pretends to be grieved on her refusal.

That was all about ‘Mere Paas Tum Ho’ episode 2.

Monty’s character casts doubts as he takes interest in domestic life of the couple. Seemingly Shewaar’s lush lifestyle has impressed Mehwish and he is taking extraordinary interest in her. His loneliness and strained domestic relations indicate a possible connection between him and Mehwish. We know more about Mehwish’s aspirations when she, on her own decides to buy necklace with borrowed money and without informing her loving husband. It also reveals that she can go to any extent to fulfill her ambitions.

The argument between Danish and Mehwish is worth seeing after he finds about her purchasing necklace. His plan of giving Mehwish surprise has failed. He feels that her beloved does not believe him and could not wait even for some time.