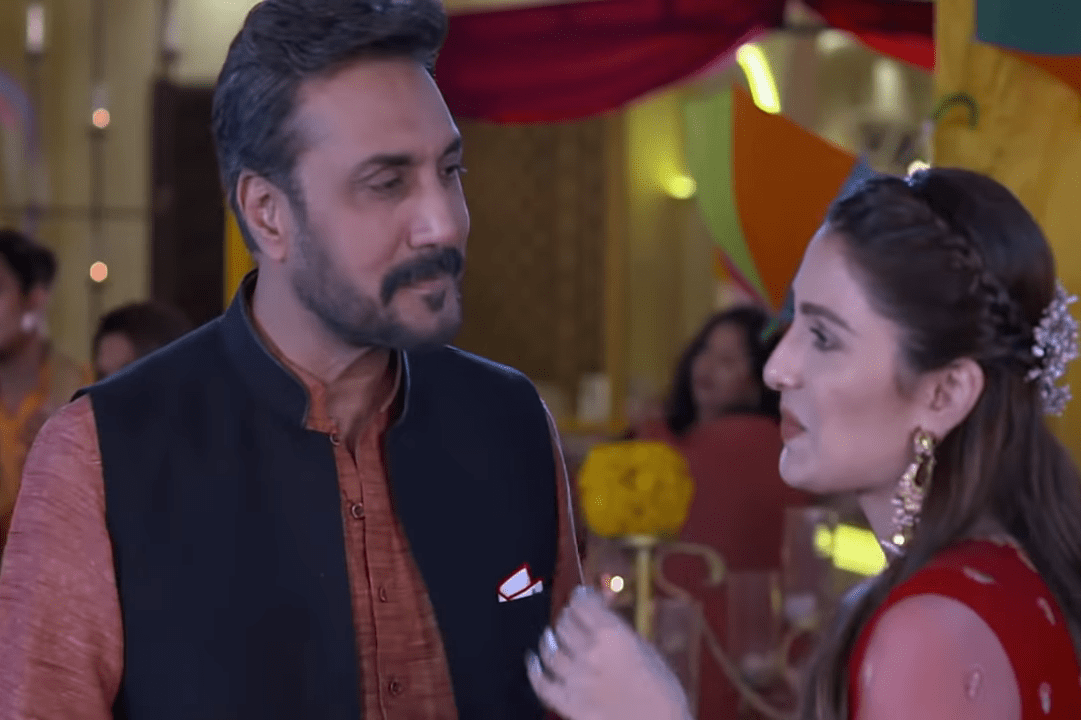 We are all eager to know how the things will go ahead between Shewaar and Mehwish. Without any further wait, let’s review ‘Mere Paas Tum Ho’ episode 3.

A conflict erupts in Danish’s mind when he sees her wife dancing with Shewaar. Things settle down only to breed another strife: this time with Monty.

When Danish inquires Mehwish about her conversation with Shewaar, she lies that he was asking for you to dance. Danish goes to the stage with Anoushy and starts dancing with her. Anoushy intentionally engages Danish with herself to give Shewaar a chance to dance with Mehwish. He gets close to Mehwish when he sees the opportunity and begins conversation hes personal life and wonders why she is not happy despite love marriage. He compares her unhappiness to his own failed marital life and begins to dance with him. Danish is enraged at all this and decides to leave the function. Before going, he excuses Anoushy and also repays the loan.

Upon returning home, the couple engages in a fight. Mehwish refuses to admit her fault. Danish expects that she should took care of herself and should not have danced with Shewaar. He asks her to care about his feelings only, nothing else one’s. After he departs for bringing food, Mehwish is overwhelmed with the words uttered by Shewaar about her unhappiness.

Disturbing thoughts about the previous incident attack Danish and becoming unconscious he collides with Shewaar’s car. Shewaar apologizes and offers to drop him at home. Danish is baffled at all this. Refusing Shewaar, he almost runs to home. When he arrives home, his condition worsens. He is frightened by world and consoles himself by the same narrative that whatever the world may have, he is in possession of the most precious thing in the world.

In the morning, Danish thinks of his accident as his dream. He remembers all happenings when Mehwish reminds him. Though concealing Shewaar’s identity, Danish tells her that a car had hit him, that’s why he was not feeling well. Mehwish calms him that he should not be too insecure about her and reminds him of attending marriage in the evening. Both argue again over the selection of dress to wear in wedding. Danish does not want Mehwish to be a subject of attention for everyone and that she should be modest in her choice. In the next scene, Monty shows his concern about Mehwish that a bike like Danish owns is not fit for a lady like Mehwish.

In office, Danish seeks advise of his boss that he wants to get a new car to keep his promise to his wife. Boss advises him to buy a small car so that his changed lifestyle should not doubt someone. He encourages Danish not to be a coward now and should save some of his illicit income which could help him in any difficulty. He exemplifies himself that how he got vindicated due to the same money for which he was arrested.

When Mehwish plans to go to market to buy a new suit, she finds the necklace in the cupboard which his husband had purchased . Danish clarifies the necklace’s reality. When leaving for market, Monty confronts Mehwish and seeing her without her husband, lures her for a lift to the mall. She reluctantly agrees due to his persistence.

On the way, he again adores Mehwish and discusses her personal life. Like Shewaar, Monty too, tries to make Mehwish realize that his decision of marrying someone like Danish was wrong and they both look mismatch to each other. Monty lies about his friendship saying that they often discuss their domestic matters. The chat confuses as well as annoys Mehwish.

In the meantime, Mehwish receives call from her husband. Monty requests her not to tell Danish that she is travelling with him. However, she tells Danish about her commute. Now infuriated, he clarifies that Monty is no friend of him, instead he is a liar and a malicious man. He commands Mehwish to exit the car and get a rickshaw. After that, Danish hurriedly leaves for home and confronts Monty in neighborhood. Both engage in a scuffle. Monty punches Danish and hurts him.

This brings an end to story of ‘Mere Paas Tum Ho’ episode 3.

Anoushy, though Mehwish’s friend, is playing a negative role bringing Shewaar closer to Mehwish. Perhaps, she does so that Mehwish could get her dream life. Shewaar’s words have caused commotion in Mehwish’s thought and she starts pondering over her unhappy life. Monty also makes her think the same fact. Danish looks insecure about his wife and does not want to lose her. His reflexive actions are indicative of such behavior.

Shewaar’s private conversation with Mehwish and Danish’s reaction is worth seeing. The scene when Danish goes astray in the market and collides with Shewaar’s car also gives a deep insight into Danish’s mind. And lastly, his fight with Monty is a heroic scene not to miss.