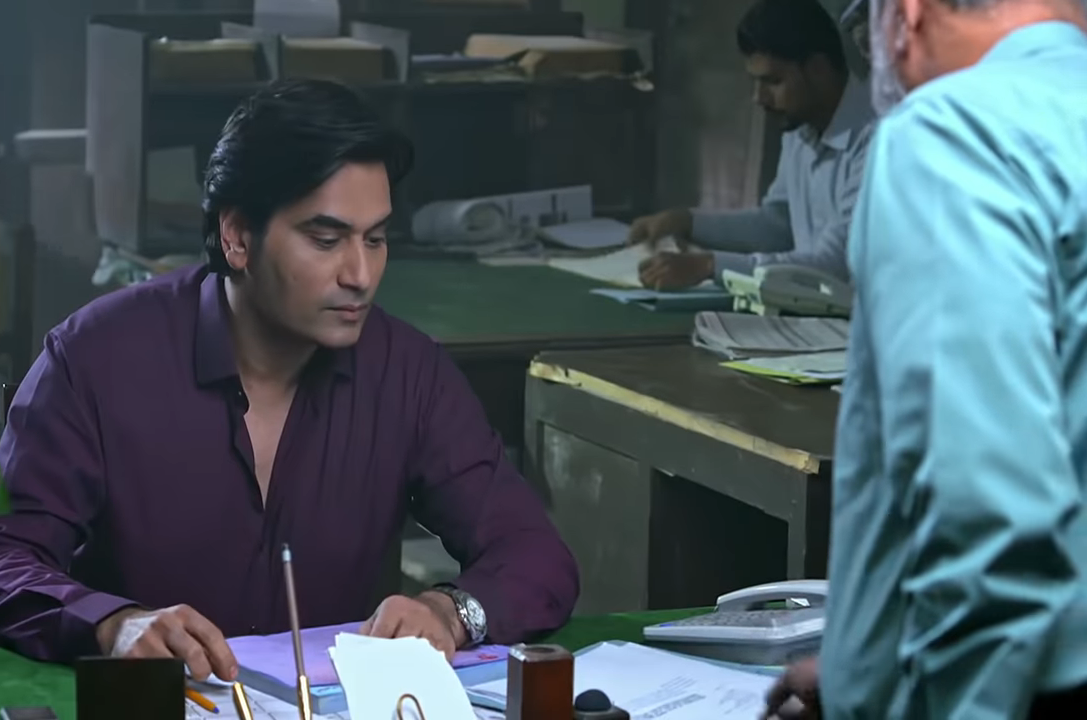 Things have started to turn around as Shewaar steps ahead to pursue his ambition. What response will he get from his beloved, let’s discover the plot of ‘Mere Paas Tum Ho’ episode 6.

Mehwish receives a job offer from Shewaar which the couple finds hard to reject. Danish’s agony aggravates as he finds no other way to escape the dilemma.

At home, Mehwish commends Shewaar for his generosity. She tries to assess her husband’s reaction whether he is bothered by all this or not. Danish seems aware of the entire situation and casts doubt upon Shewaar’s intentions. However, Mehwish tries to cover up Shewaar that he only praises marvelous things. She then complains that she is dissatisfied over her present circumstances like her poor husband but expects more for her life. Consequently, His sense of depravity depresses Danish and anxious man blames himself that he could not give her all luxuries which she deserved. She recollects Shewaar’s words and his concern for her.

Later, Anoushy gossips about newly-wed couple of her brother and backbites about new bride. She is curious to know latest happenings between her friend and Shewaar. In office, Danish receives explanation memo from his boss over coming late. He ponders these are the consequences of not cooperating with him and informs Mehwish.

In the next scene, Shewaar arrives at Mehwish’s home to have a glimpse of her beauty. Knowing that Mehwish will not allow him to enter inside, he excuses her and calls her later. This time, he cajoles her openly receiving a favorable response from her who admits that she remember his conversation. When Danish calls her, she conceals the truth about Shewaar.

When Danish looks at his watch which was previous night’s gift, he recollects Shewaar’s meaningful conversation about Mehwish. Shewaar again calls Mehwish and knows more about her. Knowing her financial difficulties, he offers her a job for one lakh rupee salary. Though fairly agreed, she fears Danish’s response. She reveals before Shewaar how Danish is insecure about her and how he doubts his intentions.

While coming home, the building guard informs Danish about Shewaar’s arrival. Mehwish proposes that she is considering about job so that their burden could minimize. She obscures the truth and instead poses she will seek job somewhere. Danish agrees to the plan being ignorant o the truth. He does not point out that he has known Shewaar’s entry.

The family goes out for a picnic. Now for the first time, Mehwish calls Shewaar to inform him about her decision. Mehwish pretends that she plans to apply at Shewaar’s company which embitters her husband. Though, he permitted her for a job but is not willing that she should work at Shewaar’s company. Now, he worries about Roomi how he will manage to go to school.

At night, Danish is restive again. His passionate wife convinces him with an appeal of much salary and compares the offer with other possible low offers. He probes about her deception and she defends the accusation furiously. She pretends that she was concerned about him that truth will trouble him. This is the time when she apprises him about the offer she has got. She taunts him for spying her. Next morning, Roomi observes his mother’s bad temper. Danish is apprehensive about Shewaar’s character and fears of losing his beautiful partner.

That’s it from of ‘Mere Paas Tum Ho’ episode 6.

This episode was a bit slow and nothing developed special something thrilling. Mehwish’s character is more exposed that she is fraught with worldly desires and ready to bargain her marital life over her dreams. She mocks Danish for his honesty and has started developing interest in Shewaar. She is not vexed at all at his continuous interruption and indeed waits for his call. We feel that she was sad to find Anoushy on the other side of phone. Maybe, she was expecting Shewaar’s call. She is willing for the job despite his husband’s diffidence and ready to compromise her naive husband’s emotions.

For one more time. Mehwish’s attitude pressurizes Danish for going the wrong way. On one hand, he shares every bit of his life with his spouse but she is concealing her feelings and deceiving her husband. In office, he is obstructed by his boss when he adopts going the right way. This is indicative how evil forces malign a straightforward man to abandon the right way.

And finally, Shewaar’s persistence has started bearing fruits for him as he receives more favorable response from Mehwish. Roomi too, is interested in Shewaar’s personality due to chocolates. We analyze that even children expect and demand a resourceful character. We can perceive influence she is inheriting from his mother.

Danish’s grievance over Shewaar’s behavior and Mehwish’s surprising response needs to grab your attention. You should also see Danish’s reaction when he learns from guard about Shewaar’s coming to his home.