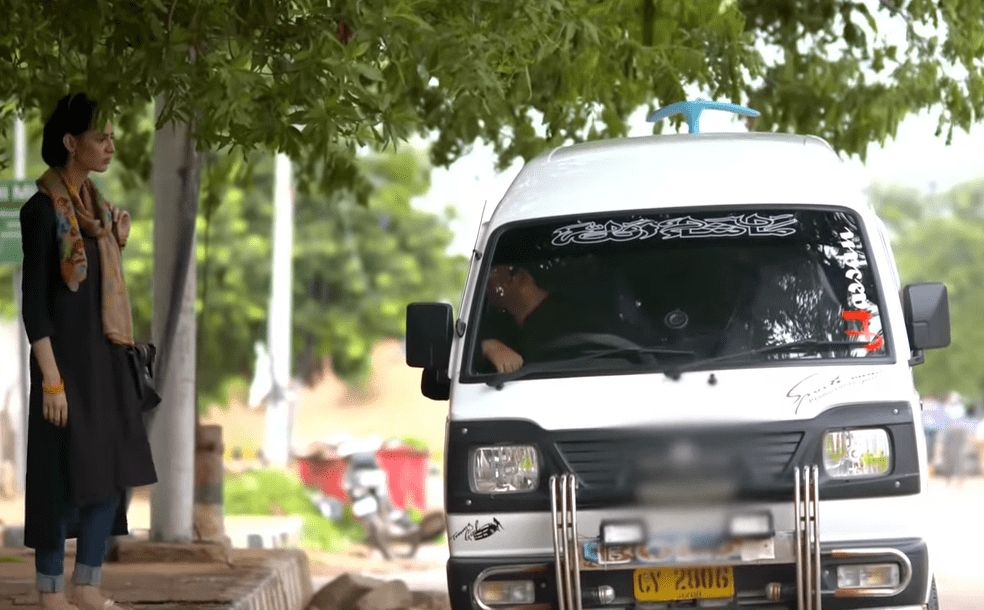 Geo TV ‘Muqaddar’ has entrapped the audience with the brilliant performances by its star cast especially of Faysal Quraishi who portrays the character of Sardar Saif quite brilliantly. In the below lines are the story and a short review of episode 4 which was aired on 09 Mar 2020.

In the ominous darkness of night, Sardar Saif sets off for a fake journey to Dubai.

Maha is anxious about her upcoming proposal. She seeks Raima’s help for rescue and asks her to talk to Bilquees aunty about her relationship with Haaris. Her confession of love for Haaris disturbs Raima. Raima is unaware that Maha is not the real threat in her life, it lies somewhere else. She sighs breathe of relief when Bilquees aunty refuses any such possibility and resolves to marry her son with the beautiful Raima. Haaris also expresses his deep love for Raima when she informs him of Maha’s wish.

Raima gets permission to go to university since Sardar Saif’s deadline of three days has long passed and there seems to be no danger from him now. Saad is in dreamland after he, at last, gets a chance to talk to Raima in university. He is unable to focus on the study as he sees his beloved everywhere. The poor guy once again blames his fate for his inability to get what he wanted. His friend advises him to focus on his fiancé instead.

On the other hand, it is Hassan Shirazi who is focusing on Abeera and makes an advance towards her when he asks for her contact number from Zara. She, however, refuses fearing Abeera’s displeasure.

Arshad Alvi finally receives a call from Saif who is eager to get his consent regarding Raima. Arshad reiterates his stance and maintains that Raima is going to be her daughter in law. Saif’s response is shocking who rejects this explanation. Saif vows to get Raima in any case even if she had married Haaris. He then threatens Arshad and hints use of force to fulfill his evil intentions. The disturbed man returns early from office and gets the suspicions of his wife although he hides the truth from her. Both are anxious for Raima being out so long. Haaris is about to return home tonight.

The story takes a twist when some anonymous men abduct Raima on her way home. After a fierce resistance against Saif’s servants, Raima lands in the prison cell. Her protest goes unheard since the servants are not ordered to let her go.

Arshad and Bilquees worry at home when Raima does not return. Arshad discovers that his supposed culprit is out of the country. Fearing an accident, both decide to contact hospitals. Haaris returns home only to find Raima absent from the house. His parents try to hide the truth from him.

Raima is considerate enough to prefer other’s wishes before her own. Though she loved Haaris, she dared to talk about Maha and Haaris relationship. She is shy as she often changes the topic when it comes to her feelings.

Saif’s feudal mentality is exposed once again. Like the ruthless ignorant primitives, liberal Saif is doing the same thing. He maintains a loyal but cruel force that is willing to do anything for him. The behavior of his servants shows that it is a normal thing for them to mistreat his enemies. His secret safe haven where he has detained poor Raima is an allusion to his previous heinous crimes.

Arshad Alvi underestimated Saif’s power and evil intentions. He kept on believing that Saif will not harm them. But, at last, Saif’s influence has dominated the feeble man.

That is it from the review of episode 4 of drama ‘Muqaddar’. Now it’s your turn to let me know your opinions and suggestions. Please comment that which part of the review did you like the most and what are the areas where improvement is needed.