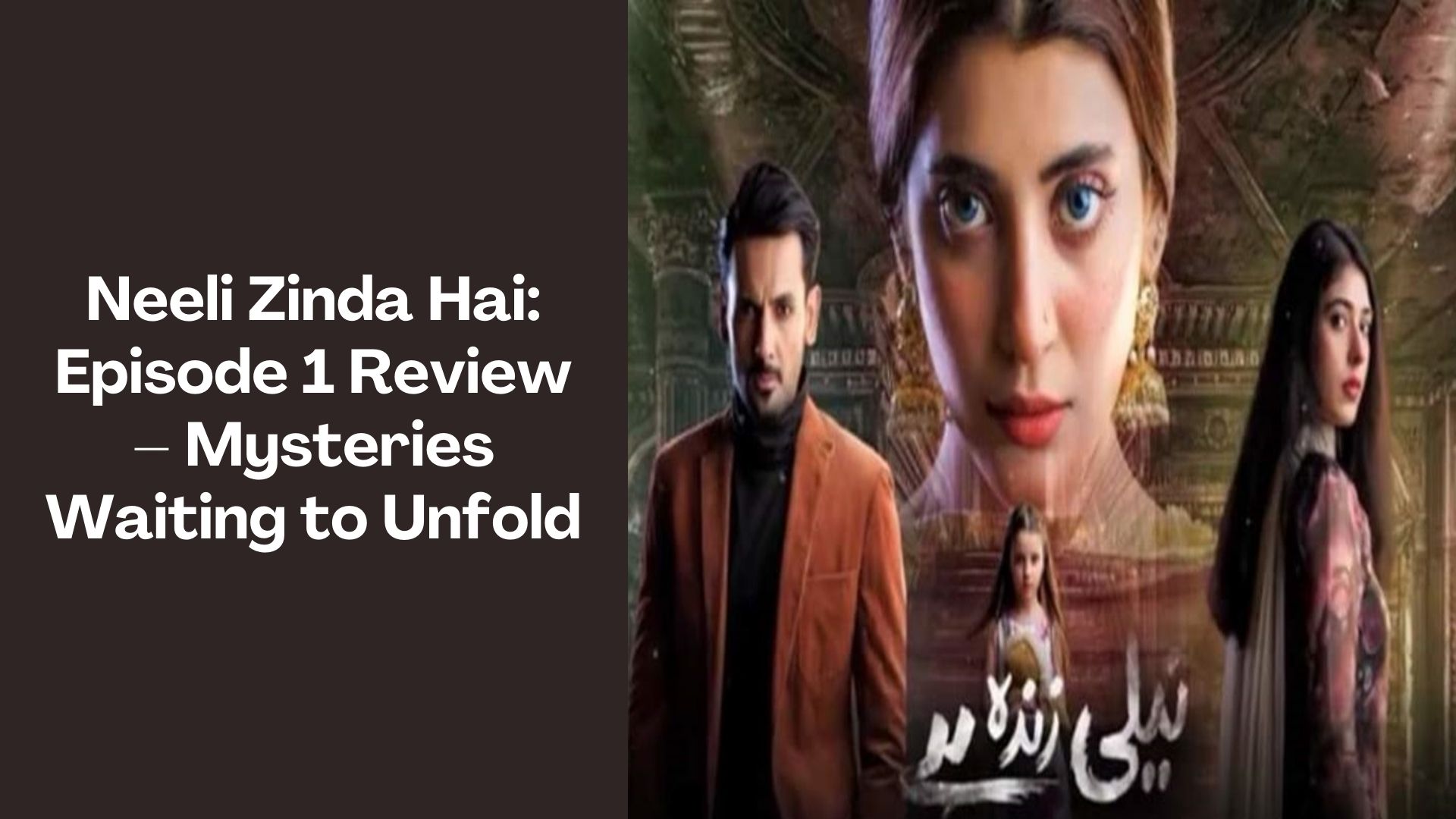 When it comes to the Pakistani drama industry, leaving a mark in the thriller and horror genre, is a tough task. Neeli Zinda Hai; an ARY production written by Adeel Razzaq, aired its pilot episode on 20th May 2021. Directed by Qasim Ali Mureed, the first episode shed light on the life of Aman, Sumbal, and Minal.

Married to Aman, Sumbal is a housewife who has just undergone the demise of her second baby. She is struggling to open up to her husband Aman, who has just returned from Australia after hearing the news of his son’s death. Aman tries to make efforts to reconnect with his wife, Sumbal and his mute daughter, Minal.

Aman’s mother, Mehrbano, tries to keep her son away from Sumbal and is happy with his arrangement in Australia. She approves that her son stays away from the family. Aman has been visiting once a year for the past six years. However, the loss of his baby is an awakening for Aman who tries to set everything straight. He notices his mother’s behavior and decides to move Sumbal into a separate house. Taken aback by her son’s actions, Mehrbano accuses Sumbal of driving away her son.

Faheem, Aman’s father, and Aliya, Aman’s sister try to cool down the situation by showing support for Aman. Promising to have a better future, Aman convinces Sumbal to move out with him into a new house where secrets are waiting to unfold.

So far, the role and nature of some of the leading characters have been fairly established in the first episode. Firstly, Kudo’s to the director and cast for making their point about the strong personalities within the show.

Distinguished from her role in Phaans as Shakila, Kinza Malik has truly captured my attention as Mehrbano. She makes it evidently clear that she is bothered by Sumbal. She accuses Sumbal of stealing her son and even threatens to kill her. This is something angering to watch, yet I love it. An over-the-top, evil-natured mother-in-law is the perfect supporting character to oppress an established sad and gloomy daughter-in-law. In my opinion, it adds spice to the drama that’ll keep the audience hooked.

Moreover, the natural and realistic element of acting was greatly brought by actors, Mohib and Sonia. Sometimes, doing just enough and not giving excessive expressions is the right way to build a reality-like experience for the viewers.

Mohib as Aman tries to express his affection for his wife, by simply making her take a sip of his tea in a beautiful scene. Sonia as Sumbal shows her lack of trust and uncertainty in Aman by simply maintaining the distance required. She did a remarkable job in the first few scenes and didn’t overdo her emotions when talking about the loss of her child. It’s very easy to establish emotions such as anger and sadness, but, love, regret, and uneasiness are those emotions that need to be played out by experienced actors.

Coming back to the storyline, the best part about this episode was the cliffhanger at the end of the episode when Aman moves into a new house with Sumbal and Minal in the middle of the night. He goes to the breaker to fix the light when suddenly a light starts flickering and the episode ends with a view of Sumbal’s fear-stricken face. This ending was the perfect fit for any horror show’s pilot episode.