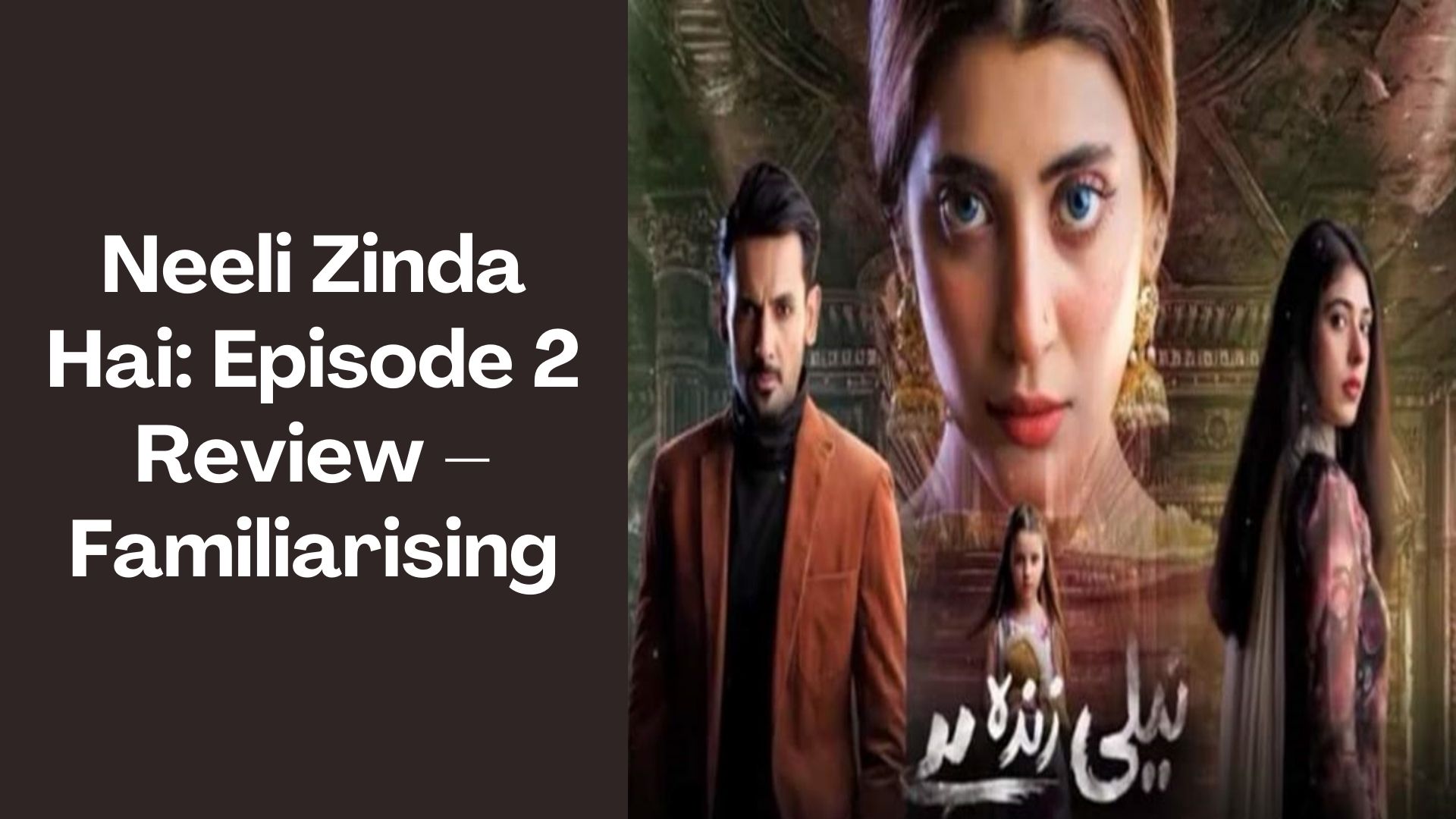 This episode helped us further familiarize ourselves with the nature of its characters and storyline. Everybody loves a good plot and half of the fun from watching dramas comes with the experience and familiarity. This episode was a great catch for anyone looking to get hooked for the entire season as this episode has led me to be greedy; greedy for what’s more to come.

Sumbal calls out to Aman when she sees the lights flickering. Sensing a problem with the wiring of the new house, Aman calls for an electrician and takes Sumbal and Minal out to dinner. When they return, the electrician’s tools are left behind while he’s missing.

Sumbal becomes suspicious when she sees how well-kept the house is. Aman and Sumbal find a trunk of new clothes and keep it outside the house. A woman dressed in bridal clothes takes out a frame of a couple from the trunk. Minal finds a doll and keeps it. Later on, the doll disappears and reappears mysteriously. Similarly, a portrait of the couple from that frame shows up on the wall, Sumbal sees it and calls for Aman, but it disappears when he tries to verify.

Meanwhile, Mehrbano takes out her anger on Faheem by throwing him out of their bedroom. Rakshanda, Mehrbano’s friend, takes her to a ‘peer baba’; a man claiming to be a spiritual guide. He promises Mehrbano to get back her son and break Sumbal’s black magic over Aman after she brings him any gold item of Sumbal.

Unlike the first episode, this episode actually showed some form of character development. Whether it may be Mehrbano trying to do everything in her power to get her son back, or Aman making efforts to redeem his failed marriage, the characters have started developing.

In this episode, we also see the first appearance of Urwa Hocane as Neeli. Missing in the first episode, Neeli, being one of the lead roles was much awaited. However, this mysterious character hasn’t been formally introduced.

From what I’ve viewed so far, it would be fair to claim that Mohib Mirza is a very breezy actor. We don’t know what happens on the sets of Neeli Zinda Hai, but Mohib Mirza’s performance as Aman must have gained him some additional fans. Well, my opinion is subjective of course, but Mohib depicts Aman beautifully. His craft is great. The way he acts out Aman seems rather effortless in contrast to other actors. Then again, this couldn’t be said for Mehrbano. As Mehrbano has shown such serious emotions and that too in such a short time span of merely two episodes. I can predict that Mehrbano’s character arc will be terrific.

When it comes to Sumbal, I’ve become rather confused. I can’t say whether it’s in the nature of the character to be agitated or it’s the actress Sonia Mishal. Maybe, time will tell as more episodes go on air.

Now let’s get to the technical aspect of this episode. If we start analyzing the technical aspect of the director’s choices, it’ll be fair to claim that the entire cast and crew have done a pretty good job. The director has gone down the classic route for creating an eerie setting for us. For example, he has chosen a big house; a classic setting, a hand-crafted freaky doll; a classic prop, and the act of flickering lights, noises in the middle of the night, and stored items belonging to previous owners; classic story-line. However, I won’t undermine the director and team’s work by labeling them as mere copy-cats, because this is what sells to the viewers.

Coming from a fan of the horror genre, it isn’t easy to scare me. But let’s face it, the scene where a random bride dressed in red clothes, jewelry, and a veil sits beside the trunk holding an old frame was a good touch. Moreover, I’m not going to over-exaggerating but the last shot of the episode gave me chills. After all, a little mute girl wakes up in the middle of the night, in a big dark house and starts smiling at something or someone creepily. Who wouldn’t get the chills?

I am intrigued to see what’ll happen next as the character of Neeli hasn’t yet been explained. We can establish this much that she may have been the wife of the previous owner. And since the house is so well-kept, maybe she isn’t even human; maybe she’s a nostalgic spirit. However, we’ll have to wait for other episodes to confirm our suspicions about who Neeli really is.