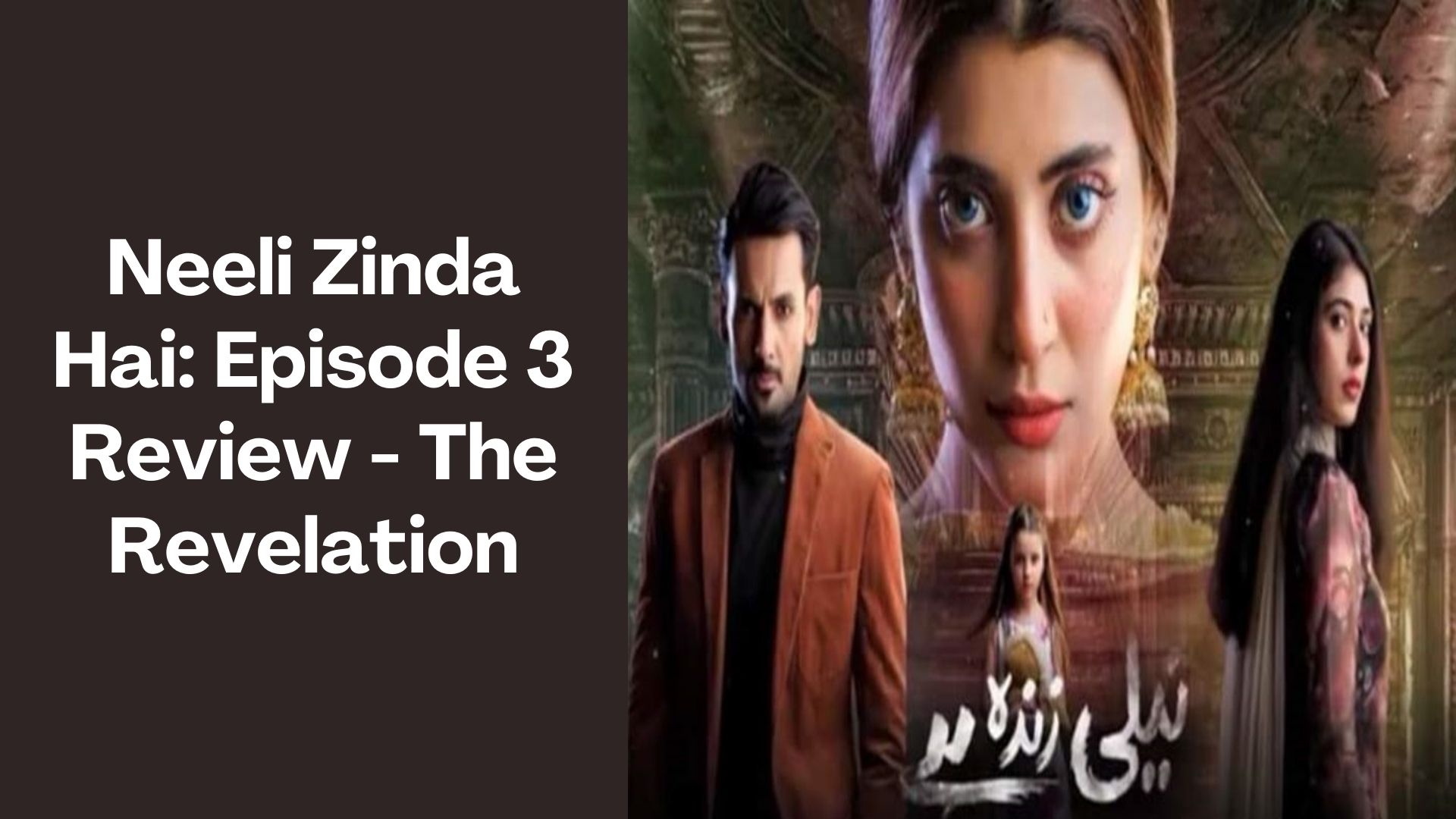 So here goes; this week’s episode brings a revealing stage into the long-awaited plot for Neeli Zinda Hai. This episode turned out to answer a few questions and further complicate some unanswered ones. Whether it is the characters or the storyline, this episode acted as a spotlight; highlighting some aspects and shadowing the other ones.

Sumbal finds Minal missing from her bed, so she goes to look for her and finds her playing ludo. She asks Minal to stop and come back to bed when Minal starts shaking the dice rigorously. She then pushes Sumbal and runs to another room. Sumbal tries to open the door when Aman comes. Aman informs Sumbal that Minal is sleeping upstairs. When Aman takes Sumbal to the bedroom, they find Minal sleeping and Sumbal wakes her up to confront her.

The next day, Aman asks Minal about going to the study but she simply refuses. Meanwhile, Mehrbano takes Sumbal’s gold bangles for the ‘Baba Ji’ who tricks her into thinking that Aman and Mehrbano are under the influence of black magic. Later on, Aman visits, and Mehrbano taunts and scolds him for choosing his wife over his family. In Aman’s absence, Sumbal scolds Minal for messing with her stove. As Minal runs away, Neeli shows up out of nowhere and slaps Sumbal, who finds herself in a parallel universe; where she follows the voice of a crying baby into a room where Neeli is sitting. Sumbal tries to take the crying baby away from Neeli’s arms when Mehrbano shows up and strangles Sumbal, accusing her of stealing her son.

So, this week, I’ve got a lot to say which is why we’ll observe everything in an orderly fashion. First things first, let’s talk about the performances.

As far as performances go, I’ll take my words back from last week’s review. This week Sonia Mishal’s performance has stunned me. When it comes to acting, there are several things to be considered; expressions, body language, tone, dialogue delivery, eye contact, etc. In my opinion, Mohib Mirza is one of those actors that present a sort of ease and harmony in their on-screen performances. They’re simply a pleasure to watch. On the other hand, I prefer giving more credit to those actors that work hard on their performance. I think either Sumbal’s character arc showed progress or Sonia Mishal spent some time improving her performance. This week’s episode has shown me a different side of Sumbal, i.e. fear. I loved her acting; from freaking out at Minal to questioning herself, finally, I can see some spark.

A Play at Hooking Viewers

Finally, the wait is over as in this week’s episode, the audience actually gets to see Urwa Hocane as Neeli. Neeli shows herself, first to Minal then to Sumbal. This episode was truly engaging; first; it was finding out that Minal really wasn’t Minal in the middle of the night, second; Neeli is actually a ghost or spirit who is showing off herself to Sumbal. Usually, horror films and series play out with spirits not showing themselves until the very end. Despite Neeli attacking Sumbal in the mere third episode of the series, I believe it’ll still keep the audiences hooked. Especially, since the ending of this episode made me question what I had seen.

Confusion at its Peak

Indeed, the ending of the episode must have left most viewers questioning. Just like every other viewer, I too couldn’t differentiate between real and fake. At the end of this episode, Neeli slaps Sumbal after which Sumbal wakes up in some sort of dream-like state or parallel universe. At first, I assumed this to be the part where Neeli reveals her side of the story, however, seeing Mehrbano strangling Sumbal for stealing Aman has left me all out of sorts.