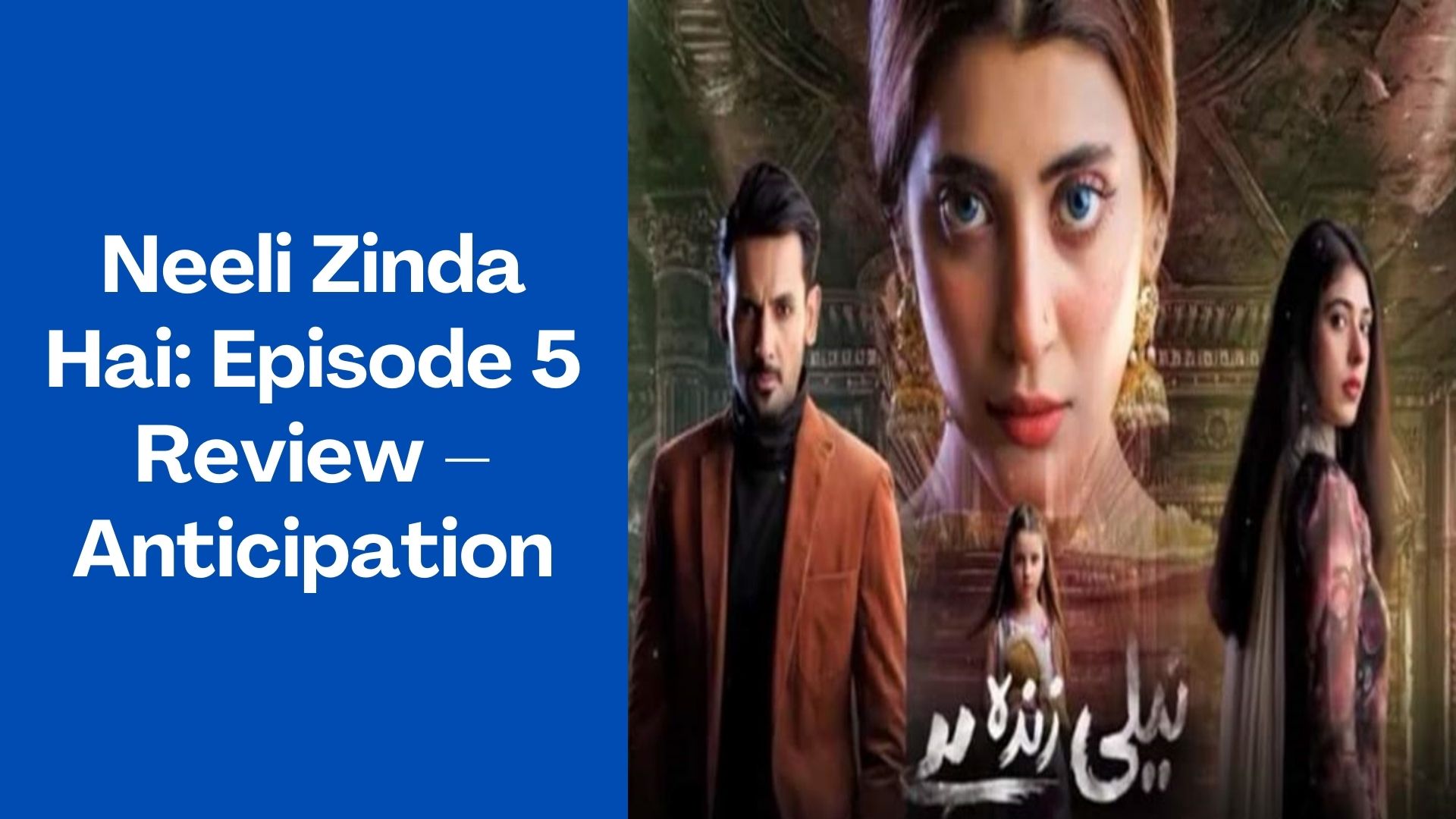 So here goes; this week’s episode was a simple addition to the storyline. There was smooth progress throughout the episode with fewer jeepers creepers in contrast to the previous episodes. Several paranormal activities took place which unfolded the series of horrific events the viewers had been anticipating since the beginning.

Mehrbano takes out 50,000 from her and Aman’s joint account and he comes home asking. Aman’s father, Mirza asks Mehrbano about the whereabouts of the money and she lies. Suspicious, he follows her to the baba’s house and finds out what she’s been up to. Nagina visits the ghostbuster, Dilawar, and explains everything Neeli’s spirit did with her. Dilawar tells Nagina that he will capture Neeli because she caused him to lose a leg and he ended up stranded in the cemetery. Sumbal sees flying cabinets in the kitchen, then she sees Minaal playing catch alone; she tries to stop her and gets pushed by an unseen force. Sumbal tells Aman that she feels an eerie feeling in the house and hears crying baby noises and he tells her to see a psychiatrist. Later on, Mirza comes to meet Sumbal and tells her about Mehrbano’s actions.

So far, this week’s episode was the only episode that didn’t excite me as much as the other ones in the entire series. Even though a number of paranormal activities took place, the level of contemplation didn’t rise which was a disappointment. For instance, let’s take a look at this week’s ending; Sumbal sees a blood-stained handprint on one of the bedsheets and runs down to show it to Aman, and surprise! It isn’t there. I guess, the viewers must have established so far that Neeli doesn’t want to reveal herself to Aman. Therefore, naturally, Sumbal wouldn’t be able to convince him, anyways. I think this ending didn’t excite me as much because the director had set the bar so high with multiple cliffhangers. The suspense build-up had been continuously rising, maybe that’s why a relatively normal ending didn’t feel justified. This only proves how hard our media industry works and must continue to work to justify their productions. However, this is merely one critic because the actors’ acting is the silver lining this week.

Finally, I saw some reality in Aman’s character in this episode. His annoyance with Sumbal’s weird behavior and realization of her depression brought out another side to his character. Such a reaction made this character rather believable and I could see the development in this character’s arc. All in all; I loved it!

Another character’s acting worth mentioning is Sumbal and Aman’s housemaid, Nagina. From the minute she entered, Nagina, played by Jinaan Hussain captured my attention on the screen. From her expressions to her body language and dialogue delivery, she’s indeed made a fan of me. She’s given an identity to the character of Nagina by portraying her as the cunning yet scared housemaid looking to trap the spirit of Neeli. Nagina for me was the most prominent figure of this episode. Moreover, the mesh of Bengali accent with Nagina’s basic dialect was a great touch in making her noticeable. I don’t know whether to praise the writer for this, or the director, but indeed, a job well done.

Considering the benchmark that’s been set by the cast and crew of Neeli Zinda Hai, they’ll need to pull up their socks for the next few episodes. Keeping a viewer engaged and hooked is the basis of a loyal audience and viewership. Nonetheless, one episode shouldn’t determine the success and failure of an entire series. After all, I pretty much snoozed through the top trending Game of Thrones series for the first half, only to become a hardcore fan later. So, let’s see what happens next.