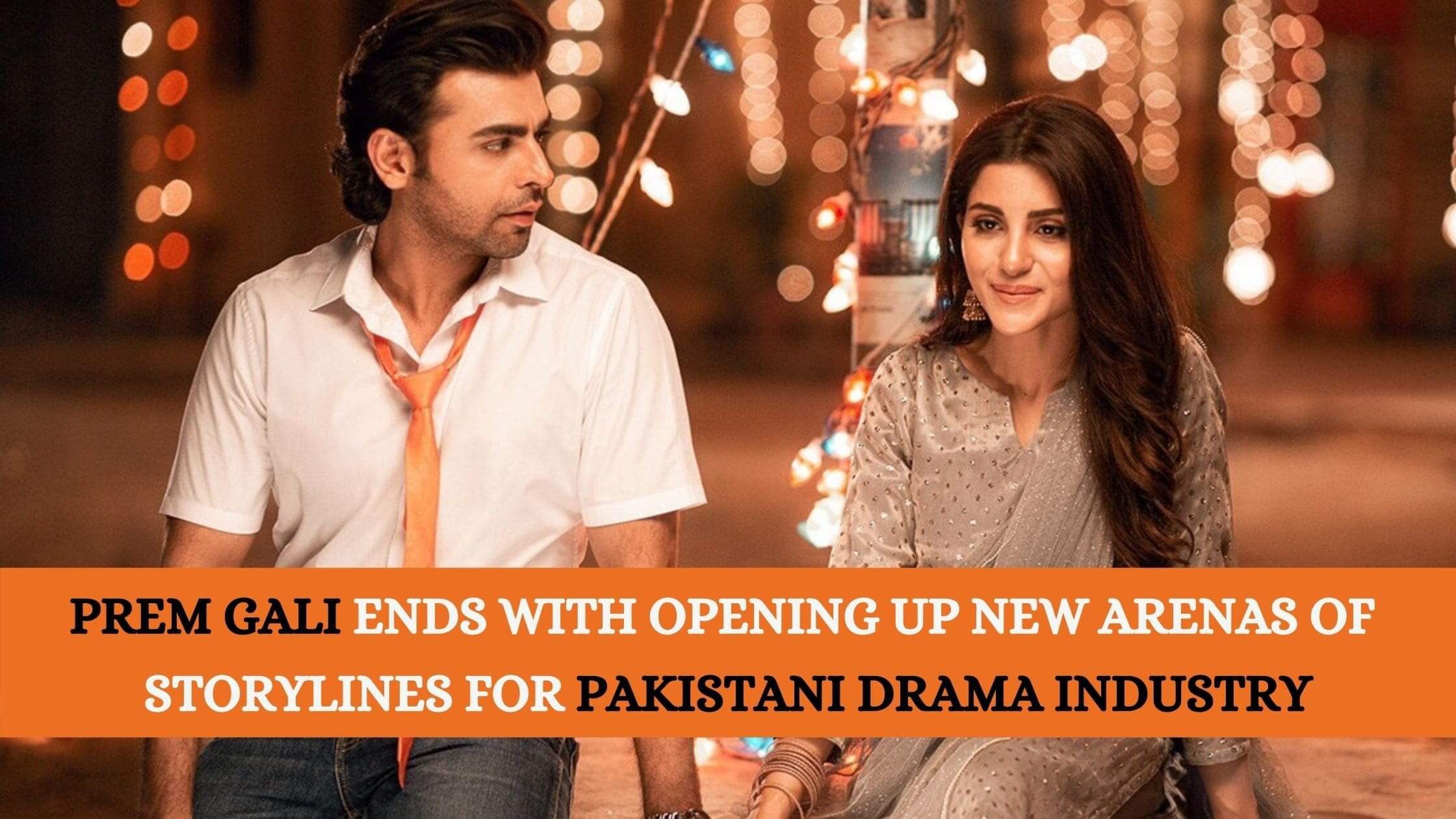 Curtains down, and put your hands together for Prem Gali! What a beautiful drama it was! Though it started with a cliché love story, with Hamza (played by Farhan Saeed) falling in love-at-first-sight with Joya (played by Sohai Ali Abro). The drama was so much more than that and all that had been missing from our drama serials. Here we have penned down some reasons that will get you to binge-watch this superb drama:

The cast of any drama can break it or make it, just like a good, solid story-line. Prem Gali had the best of the actors with intense acting skills that make you giggle along, grin half the time and even feel sad for the characters. Farhan Saeed and Sohai did award-winning acting but here are some others that did equally.

Qavi Khan played Hamza’s grandfather role and did great justice to it. His Punjabi was on point, with the taunting remarks and facial expressions of annoyance at his sons that make you laugh out loud. But he also knew how to make the audience cry with him, and so they did.

Shamim Hilaly played Joya’s grandmother. Her salees Urdu, the dialect being Dakhani Urdu, the sarees she wore as Urdu-speaking Indians (pre-partition) did, her jhumkis, and her box of paan was a treat to watch. They reminded me of the PTV days. Her sarcasm also makes the audience laugh and her dialogue delivery makes the audience hang on to her every word. Of course, the credit goes to the writer, Faiza Iftikhar for the beautiful dialogues, but Shamim Hilaly’s delivery made them all the more impactful.

Saba Hamid showcased her acting skills as Joya’s mother. Being a single mother and with no male in the family, she did justice to her character. The audience moved with her to tears as her past was revealed and the difficult life she lived. Waseem Abbas did a splendid job playing Hatim, Hamza’s father. Through his prompt dialogue delivery and facial expressions, his sincerity for his family was visible. It was hard to believe that it was just acting. Uzma Hassan charmed the audience with her versatile acting once again. She played the role of Joya’s aunt, Mussarat. Abdullah Farhat Ullah played Luqman, Hamza’s uncle. He was a treat to watch as his acting was perfect for his character.

This drama dealt with the topic beautifully. What should be the value of a girl to be married? A supply of a bunch of electronics that will tear with time and are replaceable? Does a girl’s family need to burden themselves with loans and provide her a truck full of stuff, that doesn’t even guarantee a happy marriage? These questions came to light when Fari’s Jahez caught fire, started by a short circuit a few days before the wedding.

The main story that three divorced women and three men whose wives died addresses the prejudices. Just because it happened to people in the past doesn’t mean that it will always happen in the future. Also, there is no truth to a witch’s curse on the family, just a twist of fate.

Multiple times in the story, this beautiful lesson is given that love doesn’t mean being over-attached. Sometimes, it’s okay to leave the other ones alone and to let them have some time. It’s crucial to give space so that the other person doesn’t feel caged with the over love, or they might end up suffocating and leaving, despite their love, as we saw with Shireen and Manzoor.

Every human has flaws or a disturbing past. None of these things, however, define a person. Problems in a relationship start when we keep looking at flaws and ignore the good virtues. It was a constant reminder in the drama that nobody is perfect and all we have to do is forgive their shortcomings if their intentions are good.

Communication is the key to every relation. This message was emphasized in the drama through the many misunderstandings that occurred. As Nani said that don’t let the misunderstandings win over love. Forgiving is better than living a life full of regret.

Transgenders are Part of the Society

When Haseena accepts three transgenders as tenants, there is chaos in Prem Gali. Everyone thinks of them as something disgusting before getting to know about them. Hamza makes a beautiful speech asking everyone to accept them as humans and that they have an equal right of having a neighborhood as anyone else. It changed the perspective through which we see the condemned creature in our society. In return, they are also shown to be hardworking and earning halal.

Prem Gali displayed family values, the importance of elders, the love and respect they deserve and the role of the new generation with their elderly. The beauty of this drama can only be witnessed on-screen by the wonderful production of Humayun Saeed and Shahzad Nasib. What are you waiting for? Head over to YouTube to enjoy this drama that is far off from Saas bhau sagas!