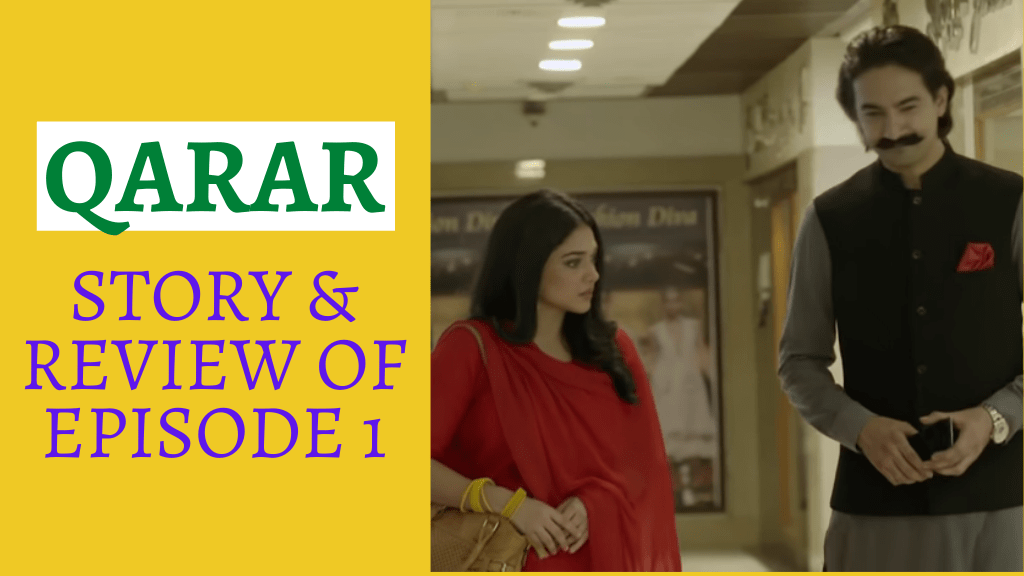 Hum TV aired a new drama ‘Qarar‘ with an interesting plot on 8th Nov 2020. Let’s take a peek into the story and give you a brief review of the first episode.

The first episode’s center of attraction was Maya and her dreams. It tells about her personality and what kind of person she actually is.

The drama begins with a simple yet decent girl Fareeha, getting ready to go to school for her job. She is an orphan girl who is living with her uncle, Siraj, and aunt Nadira. The affectionate behavior between Fareeha and her uncle is not liked by Nadira. All that Nadira cares about is her own daughter Maya who considers herself a princess because of her eye-catching beauty. Maya believes that she deserves to get married to a handsome and rich guy. This thought has been instilled in Maya’s mind by her mother since her childhood.

Siraj is always worried as the mother-daughter duo always reject all the suitable proposals. Maya and her mother are enraged when their neighbor whom they were expecting to ask for Maya’s hand comes to ask for their help in arranging her son’s walima with someone else. Siraj is now fed up with the behavior of women. He announces that he will get Maya married to the next man who brings her proposal as their hopes of getting Maya married into a lavish and elite family might not come true.

The cousin of Fareeha’s colleague Ammar drops them on their way back home and catches a glance of Maya. Mesmerized by her beauty, he is now adamant to get married to her and instantly sends a proposal through her grandmother. This irks Maya and her mother since he is just a middle-class boy. Their bitterness towards Fareeha grows as she was the one who talked about this at home.

Maya goes to the mall to take her mind off of Amar’s proposal while the guests wait for her at home. She meets her old class-fellow, Salman who had a crush on her. He is now a well-settled and rich guy who tries to make a move on her again when he finds out that she is still single. It is revealed that Maya was the center of attention of many eyes back in the university days.

So in the first episode, we see Ammar in high hopes that his proposal will get accepted. I think Siraj will accept his proposal as he does not want to wait anymore for Maya while Fareeha is next in line. But I don’t think that Maya will agree to it and she might create a huge drama as Ammar is not even close to the man she idolizes.

As for Fareeha, she is incurring all the wrath of her aunt and Maya for bringing Ammar’s proposal. Little do they know that the poor girl tried her best to convince her colleague that Maya would never agree. It is because she is well aware of the personality of her cousin. We need to see what will happen in the next episodes.

Will Maya get married to Ammar? Will she silently accept her destiny or do something terrible to stop the marriage? What if she uses Fareeha as bait to get out of the situation? Can a new man make entry into her life? Many questions are popping up in the mind of viewers but the queries will be cleared once the next episode airs. As far as I think, Maya will never let herself get married to Ammar. Judging by her character she might either run away from home for another person or create a huge scene on the day of her marriage ruining the family’s respect.