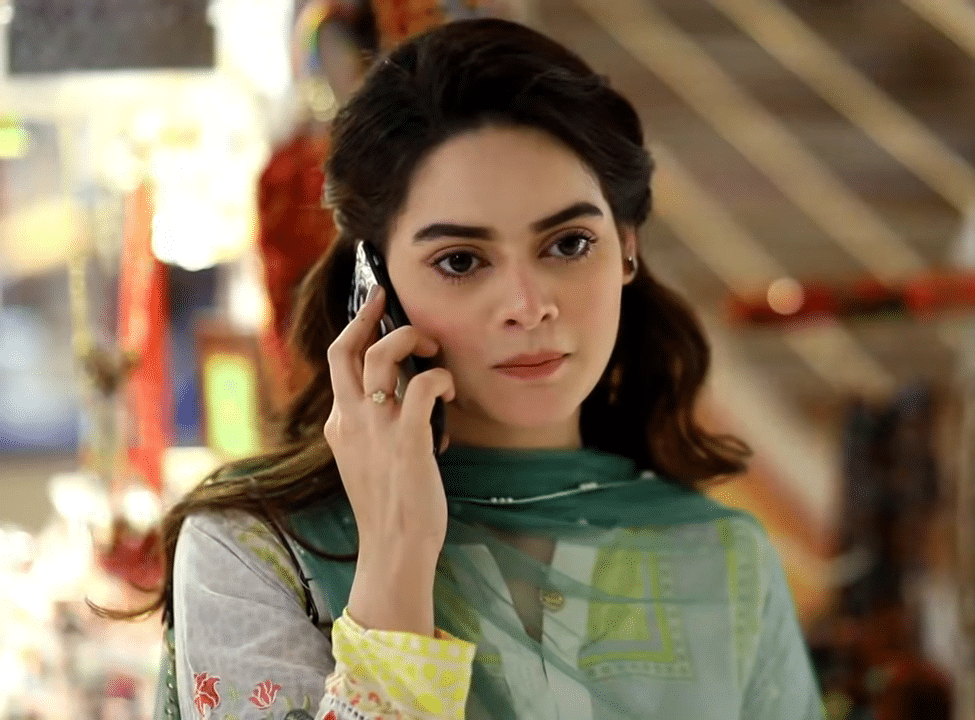 Hum TV drama Qismat portrays the effects the hastened decisions of parents could bring in one’s life. Instead of realizing their children’s happiness and consent, they tend to find their own comfort. It also shows how everyone is helpless before fate no matter what (s)he plans. The story of the drama revolves around three families: the family of drama heroine Soha, the family of Rayan and the family of Waleed. Let’s explore how all three are interconnected and review episode 1 of Qismat.

Soha and Waleed are in love with each other but unable to bring their families close to each other. Adnan marries Soha’s sister where his brother falls in love with Soha. Things take a dramatic turn when he plans to marry Waleed’s beloved.

The drama starts with Soha celebrating her birthday at a hotel with her office fellow Waleed. She bothers about the party expenses and wonders how Waleed managed to arrange such a wonderful party for her. We come to know that both are in love for two years. Waleed gifts her a precious ring which she accepts gladly. She asks Waleed to talk to his mother for a marriage proposal but he hesitates doing so. It looks that there is something wrong at his home which he does not like to talk about and changes the topic.

When back home Soha lies about the party and states that she was at Salma aunty’s home to collect her clothes. Her elder sister, Maham’s marriage is going to take place soon for which the preparations are underway. Soha celebrates her birthday with her sister and parents at home who are extremely happy for her. It looks like a nice little happy family.

On the other hand, Waleed too lies at home about birthday the party and excuses that he had an office lunch. He has one unmarried sister Sara and his relationship with both mother and sister looks weird and stressed. Sara suspects his habits that there is something going on with him as he always looks busy on his phone. We learn that Sara’s marriage is the reason due to which all family members are agitated as they are trying to find a better suitor for her.

After that, we get introduced to a new family, the family of Adnan and Rayan. Adnan talks with his brother Rayan who resides in Australia. The relationship between both brothers is exemplary. Adnan invites his brother to his marriage to Pakistan. Adnan is going to marry Maham, Soha’s elder sister.

Soha and Maham’s parents converse about their daughters and how they were able to find a good guy like Adnan for their elder daughter Maham. Their conversation reveals that Soha is not their real daughter but niece. Her mother has died and before dying, her aunt took her responsibility and now the girl is well adjusted in the family and treats her aunt her own mother.

In the next scene, both sisters are out shopping for marriage. Waleed calls Soha and she informs him about marriage and that he should hurry now to send the proposal before it’s too late. He again avoids the topic. Adnan and Maham meet at the mall where she is hesitant before her fiancé. Soha is a talkative and joyful character. She is extravagant at the shopping since it is her sister’s marriage occasion.

Adnan’s parents discuss marriage preparations. Their family has recently settled in Pakistan and they too are happy to find a sweet and nice girl Maham.

At night Waleed expresses his love to Soha while passing through her house.

Rayan arrives in Pakistan and surprises everyone at home. Like Soha, he is also a friendly and joyous character. He is more concerned about his reputation before his to be Bhabi, Maham. He irritates over the notion of his own marriage. Rayan expects a brilliant life partner for him and will not marry until finding such a great match. It is evident at this point in the drama that the cunning audience comes to know that he is going to marry Soha.

When in the office with Soha, Waleed demands more time to convince his mother for the marriage proposal while Soha will be on leave for a week due to her sister’s marriage.

At Mehndi’s function, he collides with Soha and amazes at her beauty. He looks to be a victim of love at first sight when both get an introduction to each other.

Soha and Adnan are involved in a spat when Rayan insists on seeing the face of his Bhabi, Maham. Enraged over Adnan’s harsh remarks, Soha leaves the stage. Rayan excuses her later. Soha’s mother demands her to apologize from Adnan for her impolite behavior. Things settle down when she apologizes to the groom.

When back home, Rayan becomes restless when he recollects memories about Soha. At last, he confesses his love with Soha before his brother and plans marriage with his dream girl. His parents are delighted when they know about their son’s choice and decide to hurry for the proposal. They want two folded happiness on the upcoming day. On the other hand, Maham praises Rayan which irritates her sister since she loves Waleed. On the next day, Soha is shocked to learn about the proposal. Rayan has gone one step ahead while Waleed is still procrastinating about his life decision.

Soha being the main character of the story is the prime object of our investigation. She is lively, she is gorgeous and she is sincere in her love. Though not a real daughter, she enjoys all the happiness of her life in her aunt’s house. She accepts her mistakes and prioritizes the happiness of all when we see she unconditionally apologizes to Adnan.

On the other hand, Waleed is a little bit timid and confused character. Due to the fear of his mother, he is at first not able to communicate his feelings about Soha. He cares for his love but is also afraid of possible reaction knowing his mother’s thoughts about Soha. That is the reason he is waiting for a suitable moment.

The drama unfolded quite superbly and majority characters are introduced. We also know their connections. The pace of the drama is super fast where things have taken a dramatic turn in the very first episode. The plot is catchy and we feel there is something special coming. Overall acting performances of all the characters were excellent. Waleed’s expressions of love, Adnan and Rayan’s affection, and parents’ concerns about their children are very well depicted.

Being an introductory episode, there was a little to fascinate. However, the scenes of Waleed at home and his conversation with his mother and sister Sara offer some intrigue. Moreover, at Mehndi when Rayan and Soha argue with each other and Adnan quiets Soha is intense. And at last, when Soha finds out Rayan’s proposal is watchable.

We are expecting an interesting episode next week. The reaction of Soha will be interesting to see. What step will Waleed take in these circumstances? Please comment on your opinion. That was all from Qismat episode 1.