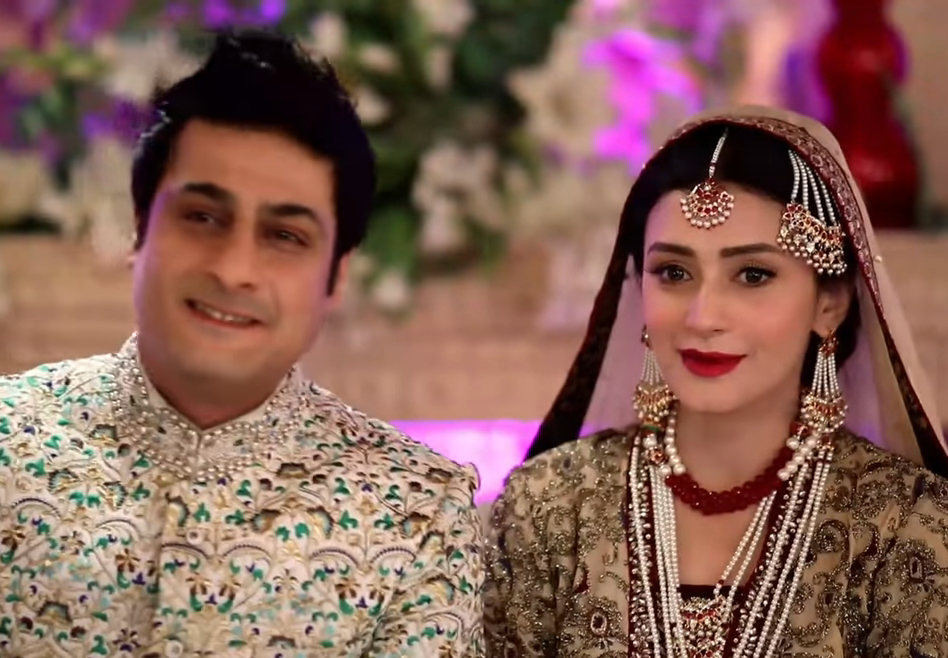 Anxious after finding her fate, Soha informs Waleed about the proposal who suggests accepting it to get some time. Things turn around when Rayan demands an early Nikah.

Soha calls Waleed to inform him about the proposal she has got. But she delays the news knowing he is ailing. Waleed excuses her for not coming to marriage. After that, he lies to his mother about Soha’s call. It is evident that Waleed’s mother does not like Soha due to some previous incident when she came to his home with male colleagues. Waleed’s mother did not approve of her appearance and manners since then.

Rayan dreams about Soha and asks Adnan avidly about the proposal outcome. Both brothers are optimistic that Soha will resolve to marry such a handsome and lively guy like Rayan. Maham’s parents discuss the proposal at home. Rayan comes with gifts for them and especially for Maham. Indeed he wanted to have a glimpse of his beloved Soha. Parents are impressed by his noble character and fine manners. When alone with Maham and Soha, he takes an extraordinary interest in Soha.

When Soha’s mother asks her decision about the proposal, she refuses and reveals her love for Waleed. Infuriated, her mother asks her to bring Waleed’s parents with a proposal. Obviously, Maham and her mother are not pleased with the current situation as they see a good proposal slipping away. However, Soha’s father is unaware of the entire situation.

Over the phone with his fiancé, Adnan expresses his affection and sensitivity for Rayan which troubles Maham since Soha has refused. Maham fears a danger approaching which will destroy everyone’s happiness.

Soha informs Waleed about the situation but he is still not willing to take a decision. However, he talks about the matter with his mother who denies the notion and once again disapproves of Soha. We realize that Waleed’s father has died. That’s why the top priority for his mother at the moment is Sara’s marriage. She discloses that she has found a good suitor for Sara and plans Waleed’s marriage later with Sara’s sister in law.

Depressed, Waleed asks Soha to tell Rayan the truth. Since the option is not practical, he then proposes court marriage and blackmails Soha emotionally. Finding no other way, he asks her to accept the proposal for the time being to get some time and they will fix the issue later.

Rayan comes to Soha’s home again and tries to gain her attention. At the moment, Soha is confused and torn between two situations. She thinks about her family, how happy they are for her. At last, she tells her mother that Waleed’s family is not ready for the marriage. Unaware of the truth and Soha’s feelings, her father tries to convince her for accepting the proposal. Under immense family pressure and prioritizing her family’s happiness, she agrees.

Everyone is happy with her decision. However, she does not reply to Rayan’s calls who is impatient to talk to her. He proposes early Nikah for the purpose of immigration papers and settlement abroad. His parents resist his hurry but agree to the idea after Adnan convinces them. At marriage, Rayan is again eager to inform Soha about his Nikah decision but she escapes.

Parents from both families meet and decide immediate Nikah. Soha is troubled by the idea and resists furiously. The whole situation becomes dramatic when her parents pressurize her to accept the decision since it is the matter of her sister’s marriage. Realizing that her refusal could result in a spoiled event, she bows down. Nikah proceeds and Waleed arrives at the spot exactly the same time when she is about to show her consent for Nikah (Qabool hai, Qabool hai). She consents which astounds Waleed. Soha later discovers his presence in the function.

This episode is a must-watch since it offers much action. It shows that things have changed for Soha who at last abandons her love so that everyone in the family could become happy. She cares about her parents and does not want to let them down.

The circumstances are so that no individual neither Soha nor Waleed and nobody else can be blamed for the misery inflicted upon Soha. Her parents are right at their place since they want her happiness. Waleed could not contact Soha because he was ill. Soha tried to delay the decision but was unable to do so before family pressure. The whole dramatic situation is depicted brilliantly.

We come to know more about Soha’s character. Though, apparently jubilant and ecstatic girl, she is very sensitive indeed. She cares more for others than herself. And to make her family happy, she is ready to even sacrifice her love.

Unable to take practical action and finding no other way, Waleed suggests Soha accept Rayan’s proposal. This scene is tense and definitely needs your attention. In the last scene, when Soha surrenders before her parents’ wishes and agrees for Nikah is the highest point of drama till now. And then, Waleed’s reaction to Nikah and his wonder over this entire situation is watchable.

Rayan’s persistence has brought fruits for him but misery for Waleed and Soha. Will Rayan survive this happiness or are things going to change again? Please comment on your opinions.