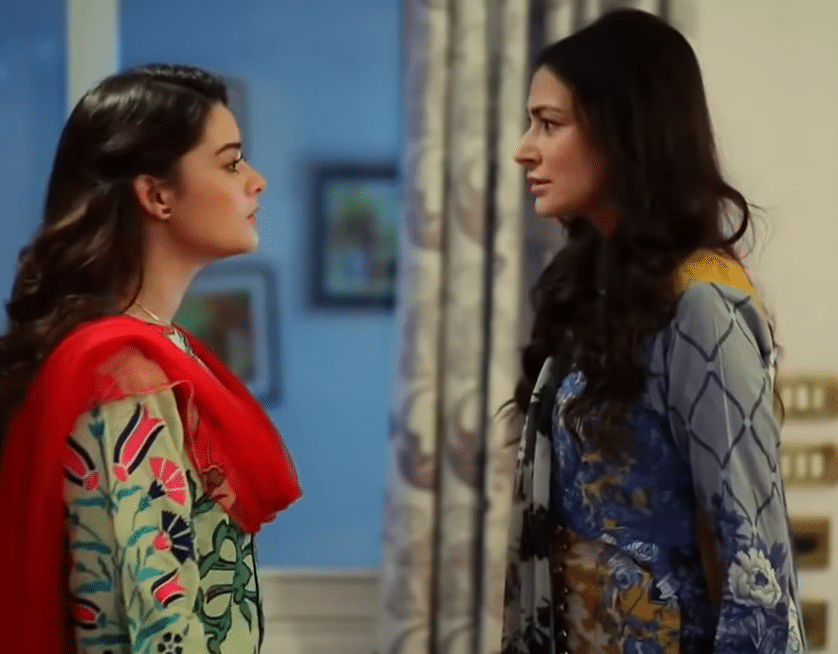 Rayan has left the country leaving Adnan and Soha confused and waiting for his decision. The ground is clear now for Waleed and Soha to start their new life. Will they be able to remain happy building their pleasure on other’s misery? Let’s read and review the story of Hum TV drama Qismat episode 6.

Adnan gets the good news of becoming a dad and Maham knows the truth about Soha’s divorce. Rayan sends divorce papers to Soha while Waleed’s mother approaches Soha to warn her to leave Waleed.

Adnan gets the news about Maham immediately sets for the hospital where he learns that he is going to be a dad. All the family is happy except Soha. Adnan asks his brother to carry on his bondage with Soha otherwise all family members will be affected but he is not willing to maintain this relation. He is also happy to know the good news.

Maham and Adnan argue with each other and this time Maham shows her anger towards her husband who reveals that his bad conduct was due to Soha’s demand for a divorce. He also complains of Soha’s behavior and doubts why she did accept the proposal if she had no intention of marrying his brother. On this Maham informs her husband the whole background and that Soha was initially not willing for this relation. She recollects all the favors her family had done to Soha but she disappointed them all in return.

Likewise, Adnan admits his fault of maltreating his wife and the couple reconciles. Rayan congratulates Maham who then apologizes to him for the agony Soha’s refusal has caused him. She assures him that she will talk to Soha about this matter. He divulges that he has sent divorce papers and there is no more need for settlement efforts.

Soha is feeling guilty now due to the big decision she has taken. She is restless fearing the upcoming storm. Waleed comforts her to at least tell Maham the reality. She is more concerned about her reputation that what her family will think about her. Maham returns home to deal with her sister and then rages at her. Maham maintains that she was wrong considering Soha her own sister. Moreover, due to her choice, Maham is now in a more vulnerable position. Maham asks her that she should have refused before marriage. Both sisters argue and Maham leaves furiously.

Soha informs Waleed about the new situation who as usual first blames Maham and then Soha. Seeing her depressed, he consoles the grieved girl.

Unaware of what’s going on among their children; parents from both sides passionately prepare for the next marriage and try to finalize arrangements. Soha sees all this feels shame in her that how she is deceiving her caring and loving parents.

Maham again goes unconscious and the doctor reveals stress as the main cause behind his poor condition. Adnan asks her to get rid of disturbing thoughts and engage in positive activities. He opines that Rayan and Soha now should themselves manage their relation. Maham proposes telling parents all the truth but Adnan thinks this idea will not bring any betterment.

Sara exposes Waleed and Soha’s telephonic conversation before her mother who is annoyed to know Waleed still has a connection with the married girl. She then comes to meet Soha and threatens her to leave Waleed alone. She blames her upbringing and a loose character.

The deteriorated relationship between Adnan and his wife has settled after getting the good news. Rayan has escaped the reality leaving his brother behind to face all the problems. Adnan, at last, gives up and realizes that it is a matter which he is unable to rectify. He utters the same thing to Maham who is now in critical condition and cannot bear such perturbed thoughts. Things on Waleed’s side once again have gone wrong and her mother is active again to spoil her son’s happiness. Soha now feels regret at her judgment and seeks support from Waleed. It is ironic to see that the most responsible members, their elders are unaware of at the entire situation. Had it been in their knowledge, there would have been a solution.

The scene between both sisters Soha and Maham is interesting in which Maham censures her sister of bringing the situation to this threshold. After that, the last scene of the episode when Waleed’s mother comes to compound misery on Soha also requires the audience’s attention.

That’s all from episode 6 of Hum TV drama Qismat. Please comment on your opinions about drama and also mention was it interesting to read this review.